Into The Night Solar Reversal: Will the Sun Really Kill Us? What’s the Scientific Basis? If you are looking for a heart-pounding thriller to scare you as well as to inspire you while quarantining, you might watch to check out the Belgian gem of a TV series on Netflix called Into the Night. For the record, we love the show, we give props to its producers for giving us a thrill of a sky ride and to Netflix for bringing a Belgian-produced show in our living room.

Into the Night is kinda scary because it presents a world where the sun suddenly starts killing people when it rises. At the same time, it is kinda inspiring as it presents a group of disparate and desperate group of people working together — although they fight against each other too — in order to survive. 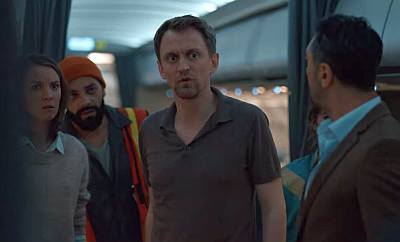 Now, is there a scientific basis to the premise of the show? Will there be a time in the future when the life-giving light of the rising sun will destroy humanity? 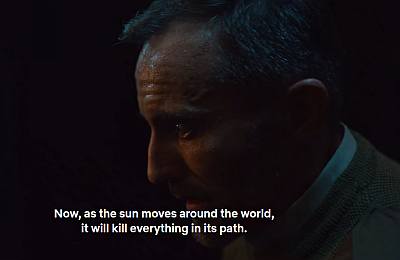 Solar reversal, which causes all the death and ruin on the show, is actually a scientific fact. However, solar scientists aka intelligent people who study the sun have discovered that this has been happening with regularity — it was first observed in 1976, it occurs every 11 years, and it last happened in 2013.


Okay, so it is a cyclical occurrence but what exactly happens in a solar reversal? And what is its impact to life on earth?

First of all, we gotta underscore the fact that this is an entertainment blog, that we are not scientists, and what we are saying in this post is just our layman’s understanding of the topic. If you want to dig deeper on the issue, you gotta visit NASA and similar websites.

Now that we got that out of the way, apparently, what happens in a solar reversal is that the sun’s two magnetic poles change to the opposite. If the sun’s north pole is positive it will change to negative while; for its part the south magnetic field, which up to this time is negative, changes to positive. This reversal happens gradually throughout the 11 year cycle.

Cosmic rays are also affected. These are high-energy particles accelerated to nearly light speed by supernova explosions and other violent events in the galaxy. Cosmic rays are a danger to astronauts and space probes, and some researchers say they might affect the cloudiness and climate of Earth.

So cosmic rays during solar reversals are bad for astronauts in space. For earth-bound beings like us, its impact will most likely be a cloudy day or, maybe, a less cloudy one. That’s it. No apocalypse. Well, do you remember 2013 which was the last time the cycle happened? Life went on as normal and, as far as we remember, there were no reports of societal collapse and mayhem brought about by the rising sun. 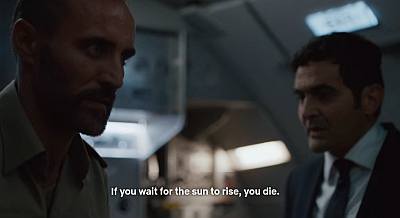 We are not saying, of course, that a solar reversal as posited by the creative minds of Into the Night will never, ever, ever, ever, ever happen. Who knows? After all, we humans may pride ourselves to be intelligent beings but we gotta admit that our knowledge of the universe is probably equal to just a grain of sand in the Sahara. 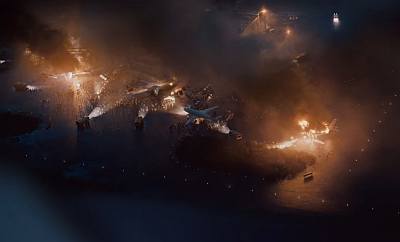 If it does happen, we’re not sure we’d like to be saved by Stefano Cassetti’s crazed Italian soldier (no matter how beguiling his deep set eyes) and fly around the world trying to survive. 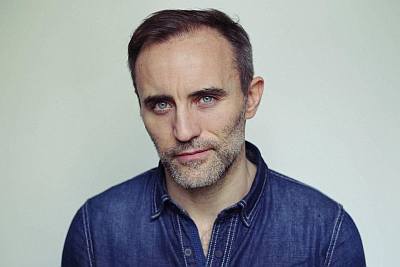 We’re actually with the health professional Laura (played by Babetida Sadjo) who says, at the last episode of the series, that it would have been better to have died with her loved ones.

Well, let’s keep our fingers crossed that this will not be the end of the show and that Netflix will give it a second season.