Idris Elba Shirtless, Underwear, Girlfriend. Look who was spotted wearing Topman underwear? It’s our hunky zaddy Idris Elba posing with his underwear peeking out of his jeans in the photo below.

The photo is for an Essence Magazine cover story and, understandably, the Topman people, in a post they wrote on their website, are “pretty chuffed” that the British actor who made it big in Hollywood is seen wearing their brand. Hmmm, should we make a list of celebrities wearing Topman underwear like we did with Jockey? 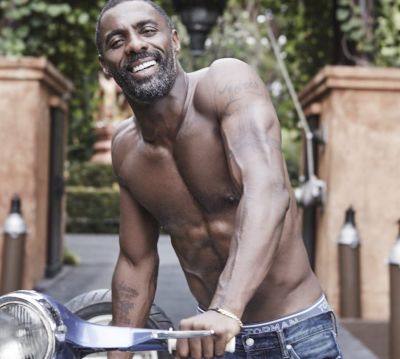 As it happens, Idris’ Essence photoshoot isn’t the only instance we saw him in his underoos. In fact, he shared this post-workout photo to his Instagram followers. 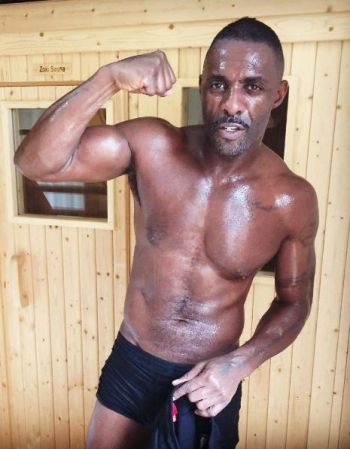 He was also spotted by the papz in his white boxer briefs while vacationing in Ibiza with then-girlfriend Sabrina Dhowre. 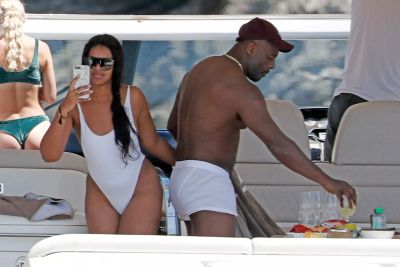 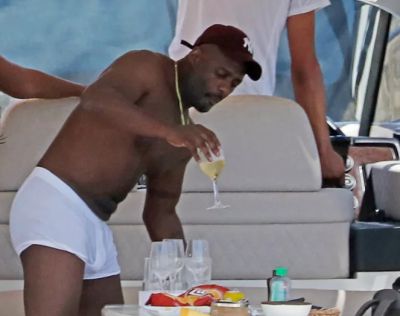 Last year, on 26 April 2019 to be exact, Idris and Sabrina went on to tie the knot in Marrakesh, Morocco. Here are photos from their wedding. 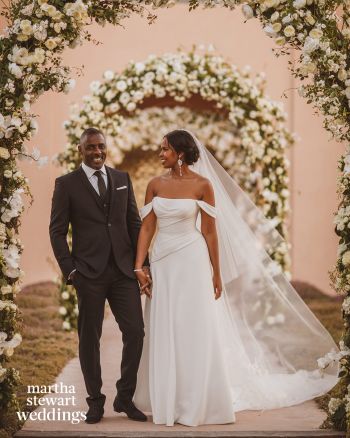 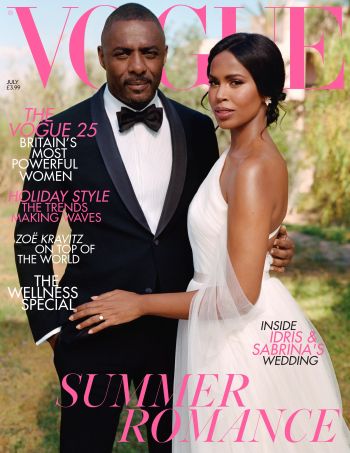 …..
Hot Older Men: Idris Elba, Still in His Prime in His 40s (posted 30 August 2014). A few weeks ago netizens went abuzzin’ when photos of Idris Elba, supposedly showing an impressive anaconda snaking down the British actor’s trousers, spread around the internets.

The buzz was so deafening the man himself had to issue a statement to cool things down. He also explained that the thing people mistook for his thing is actually a microphone wire which he had to wear when shooting. 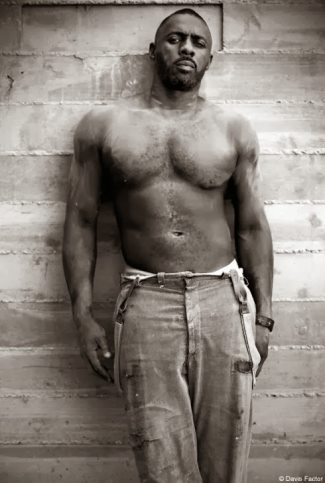 The New York Daily News tells us more about how things went down: “A photograph of the actor on set of his new movie ‘A Hundred Streets’ showed what many social media users and bloggers thought to be the actor’s impressive package on display – but upon hearing about the excitement Elba, 41, clarified that it was merely a microphone wire commanding all the attention below his belt.”

Here’s what the actor tweeted: “The good news is I got a s–t load of followers. The bad news is, that is a mic wire. Calvin Klein called my mobile, they want me in their next campaign. Foot long john’s Coming Winter 2014.”

He is obviously joking but, boy, we sure want to see him modeling Calvin Kleins. Make it happen, CK people!

Idris Elba Takers Underwear Scene. Still, just because the thing was a mic wire does not mean that our man is not gifted down there. Those of you who watch this bedroom scene in the 2010 movie, Takers, where our actor wears nothing but a pair of boxer briefs know that Idris is blessed with an impressive package.

Rewatch the clip if you’ve seen it before. If this is the first time you see it, well, thank us in the comments after you discover Mr. Elba’s Mr. Elba Junior.

Idris Elba Details Photoshoot. Anyhoo, here are some shirtless photos of our man from a recent photoshoot with Details Magazine. 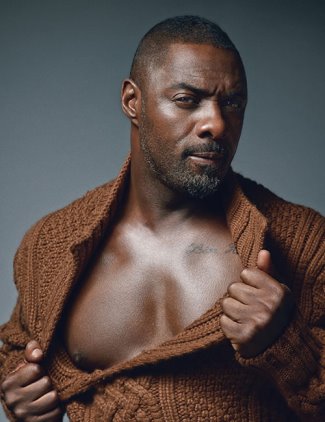 The guy is now in his forties, 41 to be exact, but – with his physique – he puts the 20-somethings and 30-somethings to shame. 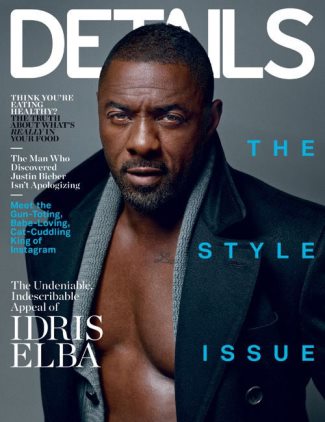 Whattahunk! Our friend Deena describes him as “manliness personified”. 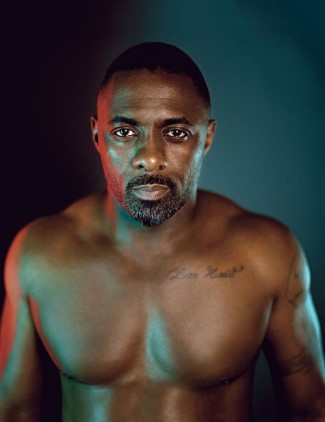