Ian Thorpe Daniel Mendes Relationship: Gay Lovers? Expect those gay rumors about Ian Thorpe to pop, pop, pop up once again and expect googlers to go bonkers typing “Is Ian Thorpe Really Gay” now that the Australian media has identified Ian’s buddy who is reportedly living with him. Daniel Mendes, the former mystery man, is from Brazil which probably produces the hottest men on earth. 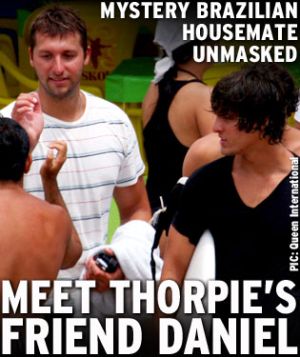 Ian Thorpe: I’m Not Gay, Daniel is My Friend (posted 29 January 2009). Our Ian has spoken. He is stating categorically that he is not gay. We must admit that we are among those who speculated that he is. So we plead guilty to the charge of ascribing more meaning to the friendship between him and Daniel Mendes. We admire his decision to confront the controversy head on and respect his wish to put the issue to rest.

Ian Thorpe’s statement (via The Australian): “Over the last few days there have been a series of press articles published speculating about my friendship with Daniel Mendes. I am still friends with many of the people I competed and trained with during my swimming career. Daniel is one such good friend whom I have known for many years.”

He adds: “I have only commented on this issue at this time because I draw a line when innuendo implicates people like my family and my friends. I find this kind of inaccurate speculation tiresome and I am annoyed by the hurt it has caused those closest to me. In the past, on several separate occasions, I have answered questions about my sexuality openly and honestly with the media.”

Ian states that he does not like the speculation about him: “I don’t have a problem being a gay icon, it’s not a big deal to me. But I think the gay speculation, along with when I was accused of taking drugs in 2000, was an attempt to pull me down from the top. Some people think it’s an insult to say, ‘Oh, I think he’s gay’, but I don’t take it that way. I’m not gay. I’m lucky that within myself I don’t care enough to get worried or upset over it.”

He concludes: “My situation in this regard has not changed. I look forward to myself and those around me receiving the respect and privacy afforded others.” 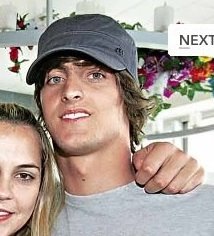 Finally, we’ve got ourselves some photos for the mysterious Daniel Mendes, the Brazilian hunk who’s reportedly the housemate of Olympic swimming champ, Ian Thorpe. He’s a cutie, isn’t he? 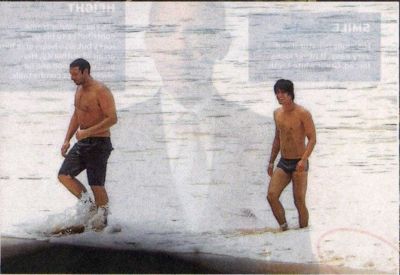 Too bad that beach photo is not a close-up shot. But here’s a closer look at Daniel and his Speedo. Hehe. 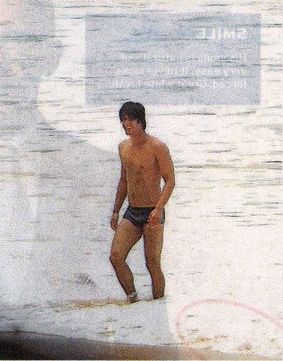