Ian Roberts Shirtless Rugby Hunk, Boyfriend, Underwear Model. We are updating this post on the first out LGBT professional rugby player which we wrote a little over ten years ago to note that he continues to land acting gigs and that we can finally answer the question on whether or not he has a boyfriend.

Answer: He does and, apparently, they’ve been together for nearly 15 years. Here’s a photo of Ian and his beau, Daniel. Awww. They sure look cute together don’t they? 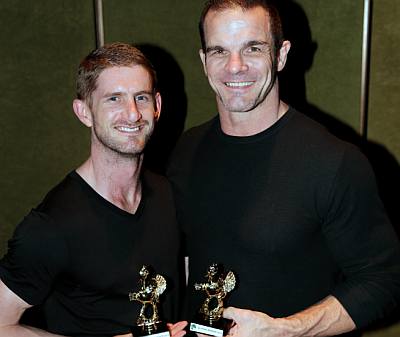 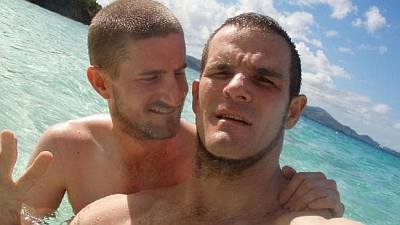 Ian is really tall, no? Check him out with his partner Daniel at the premiere of North Country. 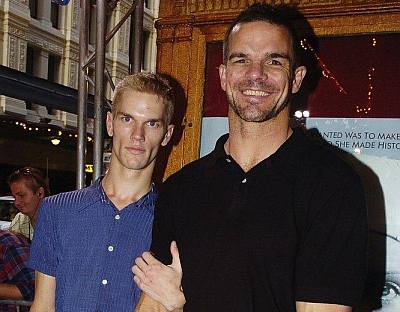 Of course we are also updating this post to include these shirtless photos of the rugby hunk turned actor. Damn, he’s fiiiineeee. 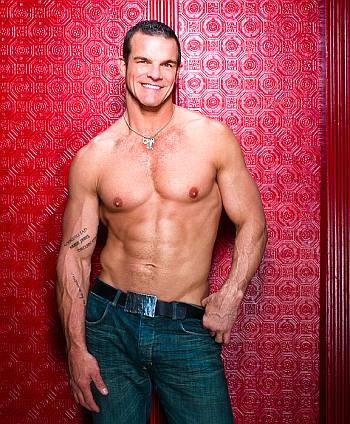 Oh, and here’s a young Ian looking great in his briefs-style Speedos. He kinda looks like Tom Cruise doesn’t he? 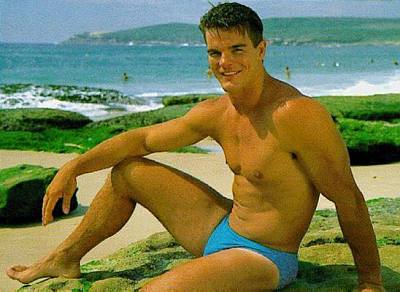 Biceps workout with a dumb bell. 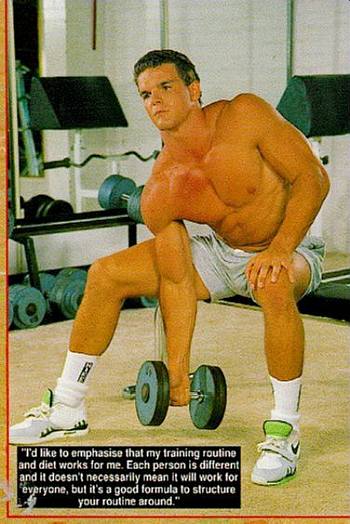 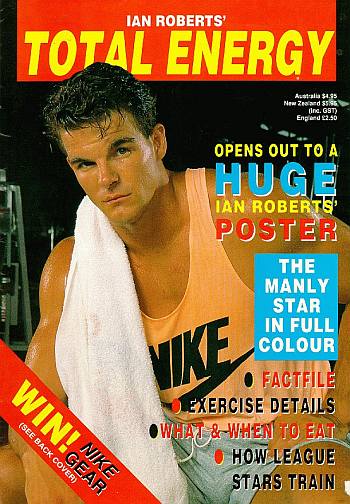 What a gorgeous man! 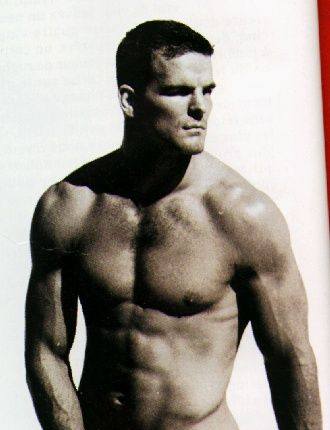 Ian came out as a gay man during the later part of his rugby career and is credited to be the first (and only?) rugby player to do so. 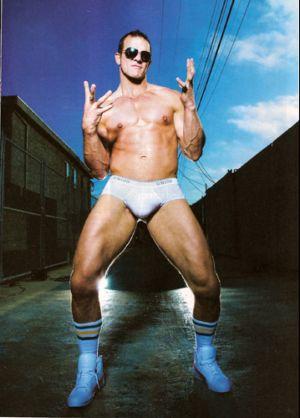 Does Ian have a boyfriend? We do not have the answer at this time but we will update this post once we have the information so check back later, will you? 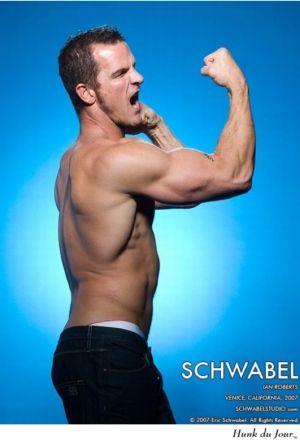 Anyhoo, after he retired from rugby, Ian has managed to successfully transition from being an athlete to an actor and has landed acting gigs not only in Australia but also in the United States. From his wikipedia: page “In 2005, Roberts had a brief cameo in the Australian film Little Fish, starring Cate Blanchett and Hugo Weaving, playing an ex-rugby league star. He also appeared in the 2006 motion picture Superman Returns as Riley, a henchman of Lex Luthor.” 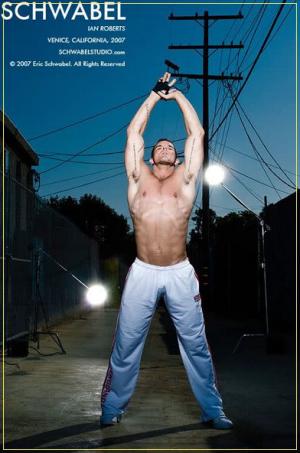 Obviously, his acting projects didn’t stop with him palling around with a supervillain. Wikipedia tells us more about his other movie/TV apperances: “In 2009, Roberts appeared in the Australian television mini-series Underbelly: A Tale of Two Cities, which retells the real events of the drug trade in the New South Wales town of Griffith between 1976-1987. The mini-series is a prequel to the 2008 mini-series Underbelly, which was about the Melbourne gangland killings. Roberts has a minor acting role, as a body guard for George Freeman (played by Peter O’Brien). The series began airing in NSW on 9 February 2009. Also in 2009, he starred in The Cut on ABC1 and had a small role in the film Cedar Boys.” 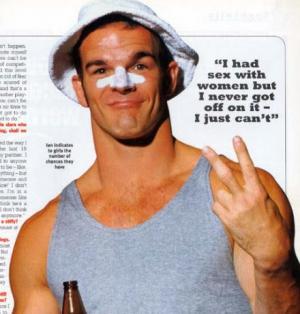 We really, really like this bloke and we hope he continues to get acting jobs. 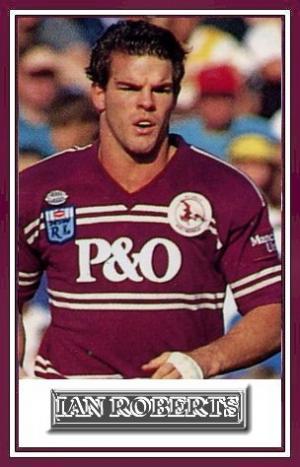 Chilling on the pages of Advocate Magazine. 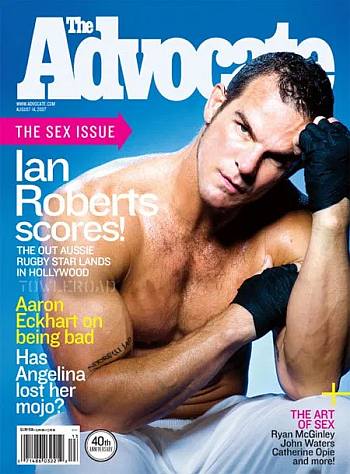