Hugh Jackman Teacher Turned World Famous Actor. Is Hugh Jackman the most famous ex-teacher in the world? He probably is, no? Or maybe he comes second to former University of Chicago law lecturer who went on to become the president of the United States.

The world really did not know that the Aussie hunk used to be a teacher until a former student, broadcast journalist Rollo Ross, interviewed Hugh on the red carpet. The video of the encounter went viral and we here at Famewatcher included “teaching” to Hugh’s myriad of talents which include dancing, singing Broadway show tunes, kicking ass, healing himself and growing claws when needed, and – of course – acting.

A common question asked by those who watched the interview goes, “But Hugh looks so much younger than his student?” which is a fair question. 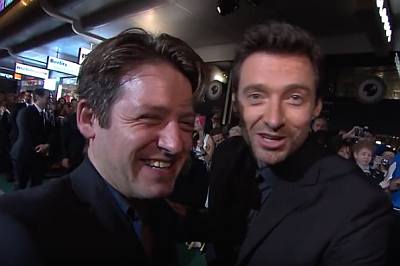 Now, of course Hugh looks younger because he is an actor and looking young is part of the acting trade. Also, it turns out that the age gap between the two is really not big — maybe just two or three years — considering that Hugh started teaching fresh out of high school.

Apparently in the UK, you do not need a teacher’s degree to teach P.E. and the then new high school graduate from Australia took the opportunity to teach in England during his gap year. Here’s a young Hugh looking just a little bit older than his students. 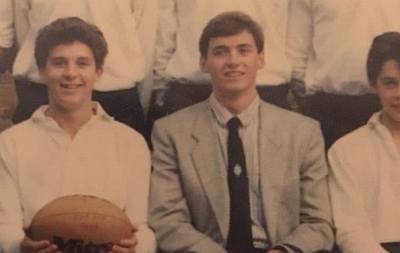 More details from looper.com about our actor’s teaching adventures: “After he graduated, Jackman decided to take a gap year to travel and work. He wound up in England at age 18 and was hired by the prestigious Uppingham School in East Midlands as an assistant housemaster. While he spent a good deal of his time teaching physical education and coaching sports teams, part of his duties also included tutoring freshmen only a few years younger in English and drama.”

Despite his success in Hollywood, Hugh remains a teacher at heart and had these things to say when he announced the finalists for the 2019 Global Teacher Prize:

When I was a kid there were lots of superheroes that I wanted to be. But I can tell you right now, from where I stand, with all my experience, the real superheroes are teachers – they’re the ones that change the world.

All of us go through insecurity and doubt, trepidation, along this journey of life, and those teachers that see the best in us and are patient enough to allow us to grow into that, they are like gold.

Started by the Varkey Foundation in 2015, the Global Teacher Prize recognizes and awards $1 million to a teacher from any part of the world “who has made an outstanding contribution to the profession”.