Hubert Hurkacz Shirtless, Girlfriend, Tennis Titles, Sponsors. Please tell us we are not the only ones who have a crush on Polish tennis player Hubert Hurkacz? He’s cute, boyish, and got some sculpted washboard abs. Most importantly, he knows how to win. 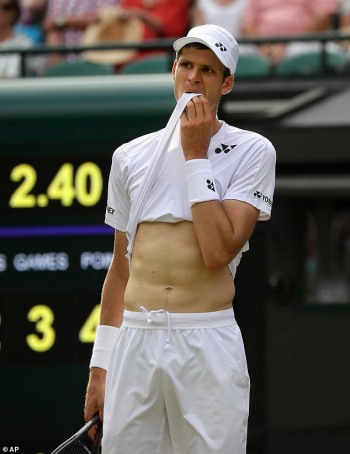 At this point in his tennis career, our Polish tennis star has won four tennis titles. Currently ranked at #12 in the world, he has beaten the likes as Andy Murray, Roger Federer, Denis Shapovalov, Kei Nishikori, and Milos Raonic. And before you say, “Duh, those guys are oldsters”, he’s also beaten contemporaries such as Dominic Thiem, Diego Schwarzman, Denis Shapovalov, and Daniil Medvedev who just beat Novak Djokovic to claim the U.S. Open title. 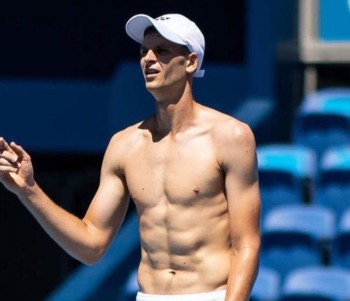 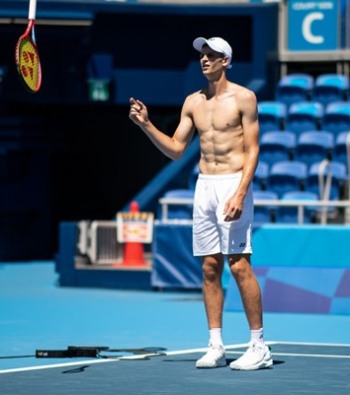 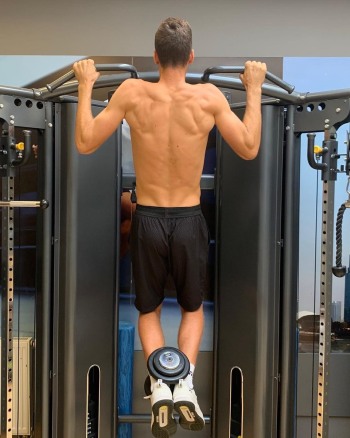 Hubert Hurkacz Championship Trophies. As mentioned, our 24-year-old tennis player has brought home four winner’s trophies to date. He marked his victories at the 2019 Winston-Salem Open, the 2021 Delray Beach Open, the 2021 Miami Open, and the 2021 Moselle Open which he just clinched yesterday at the expense of Spain’s Pablo Carreño Busta. Here’s Hubert and his third title of the year, the Moselle Open trophy: 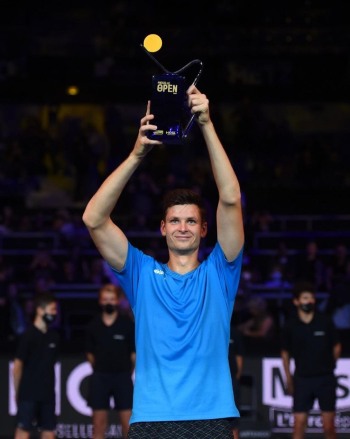 And our Polish star with his Miami Open trophy which is his first ever Master’s title. 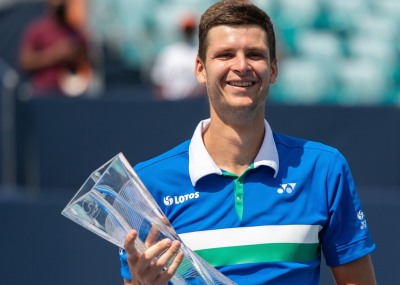 Oh, he’s a real good doubles player too. Aside from his singles title in Moselle, he also bagged the doubles trophy with fellow Polish player Jan Zieliński. Meantime last year, he won the Paris Masters doubles trophy with partner Félix Auger-Aliassime of Canada. 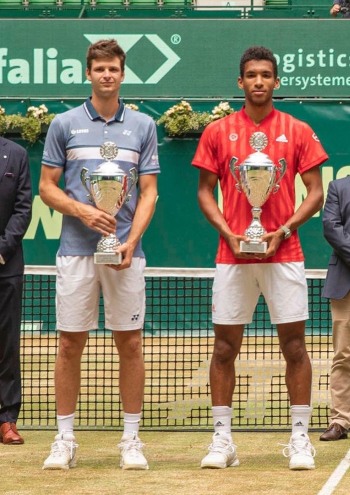 How Tall is This Guy? He kinda towers over his compatriots, no? According to wikipedia, he is 1.96 m (or 6 ft 5 in). Guess the height of the other tennis players he is with in the next photos below: Dominic Thiem, Diego Schwartzman, and Roger Federer. 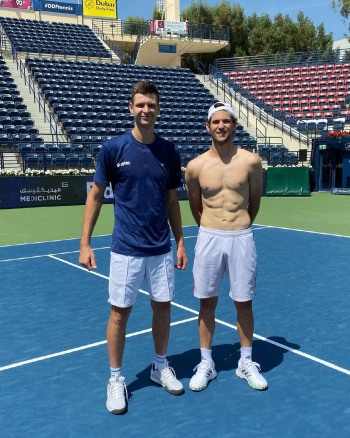 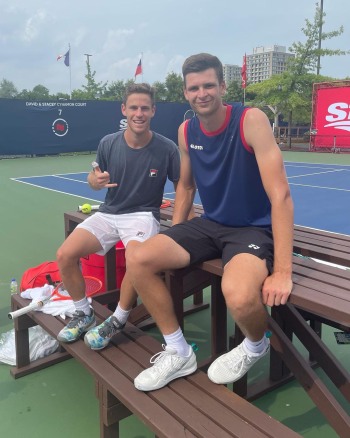 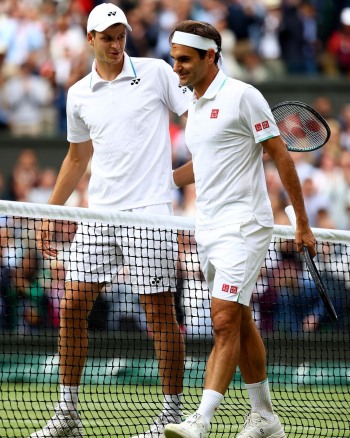 Hubert Hurkacz Sponsorships and Endorsement Deals. He has a sponsorship deal with Yonex not only for his racquet but also for his outfits. He is also sponsored by Grupa Lotos which is apparently a Polish oil company. 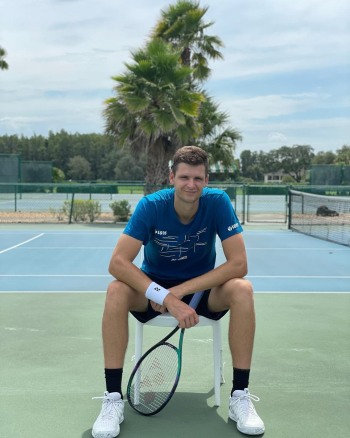 Hubert Hurkacz Girlfriend or Wife? We have no information on his relationship status at the moment. But we will update this post once we do have the info. For the time being, check him out or follow him on Instagram @hubihurkacz.