How rich is our favorite redhead Rupert Grint? According to the Daily Mail, the Harry Potter actor is “is worth around £24million”. How much would that be in US dollars? We’re too lazy to do the conversion so you have to convert it yourself. Haha. Okay, if you use the conversion rate at the time this was posted, Rupert Grint is worth US$36.5 million.

That’s a lot of money for a young man of 24 so we’re happy to note that he has a management team that helps him see to it that his hard-earned money does not go to waste. Heaven knows how many child stars ended up in poverty because they did not know what to do with the financial bonanza that came their way. Anyhoo, Rupert’s management group which he calls Clay 10 is apparently headed by his dad, Nigel Grint.

What we find most interesting in the Daily Mail’s report is Rupert’s real estate properties. According to the tabloid, Rupert lives in an 18th century mansion worth £5.4million. The mansion has “five reception rooms, six bedroom suites and indoor and outdoor swimming pools”. We wonder what financial guru Suze Orman will say about the maintenance cost of this mansion. Haha. 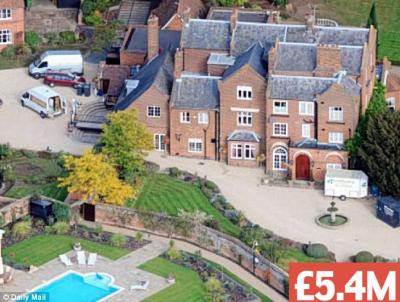 In addition to his personal mansion, the Harry Potter actor also owns a nearby mansion and this is reportedly where his parents live. The property, valued at £3.35million, comes with “a pool, a lake and a putting green”. With all them swimming pools in his mansions, we look forward to seeing a fabulous Rupert Grint with a swimmer’s body. Haha. Anyhoo, here’s Rupert’s £3.35million (when converted to dollars it is equal to US$5.1 million). 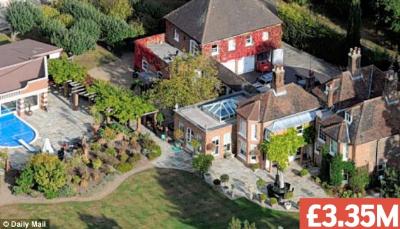 Aside from these two mansions, Rupert’s real estate portfolio includes a 16th century farmhouse with seven bedrooms and which sits in eight acres of land, boasting a tennis court, swimming pool and stables; a townhouse which they run as a hotel (you can go there for £150 a night); and a detached home worth £495,000 which they are renting out for £2,700 a month.

What are fans and critics saying about Rupert’s properties? Not surprisingly, they are as divided as the Team Edward and Team Jacob fans (sorry for using Twilight fantards, there does not seem to be any similar divide in Potterville). One fan, a believer in the wisdom of investing in real estate, praises Rupert’s investment decision:

wise man, property is the way to go! nice to see a celeb with their head screwed on instead of thinking money grows on trees. hard working guy, deserves every penny.

Another gives the former child star a thumbs up:

I always thought he was the smartest of the bunch and most likely to be successful. Continuing his film career might not have been a passion of his. Even if it was he’s smart to have other things to fall back on. Too many child stars throw it all away in drugs, drink, and women of questionable moral character.

In contrast, another fan is concerned about the upkeep for such big mansions:

He’ll be broke in a few years due to the up keep of the homes. He’s not making enough to keep up that kind of lifestyle for himself and his parents. No one is making that kind of interest on there money these days. He might try adding a little brown to his hair and getting rid of the freckles (stay out of the sun and having fraxel treatment) to get more roles.

While another is concerned about the taxes:

but the property taxes!

Where do you stand on this issue, is Rupert spending his money wisely by investing in real estate properties? By the way, he’s reportedly calling his real estate portfolia, Eevil Plan Properties.

Want more on Rupert? Wanna see how he is styling his ginger hair? Go check out our post about Redhead Hairstyles.