How Much Money Do Plus Size Models Make? Are you plus size who want to go into modeling but are not sure whether it is gonna be a lucrative endeavor?

She’s always like, “Do plus size models make a lot of money? If they do, I will try my luck at modeling.” 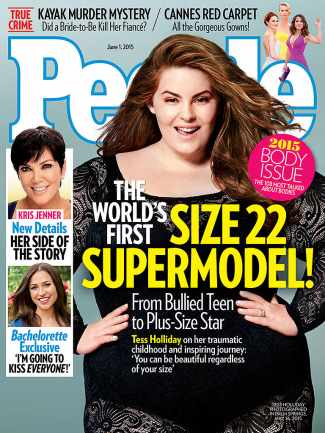 We didn’t have the answer to Malin’s question before but an anonymous fashion insider did an interview with the Business Insider and cited some figures on what a plus-size person could make modeling.

BUSINESS INSIDER: So how much do plus-size models get paid on average?
CLAIRE: Catalogue work is the big money-earner, especially in Germany. Simply Be, for example, used to pay £1,800 ($2,771) a day for girls they loved.

That dropped after the crash, but ball park £1,200-1,500 ($1,847-2,309) per day for the popular girls they used regularly. There would also be travel costs on top of that, plus if there was shooting abroad, there would be a half day rate applied per travel day.

…..
Are these numbers attractive for you? When Malin looked at the numbers she decided to let go of her modeling dreams and to just focus on her job as an accounts manager. “It may be the most boring job in the world but it gives me stability,” she says.

And that’s the thing when it comes to modeling. Initially, it would look like you are getting paid more than your average worker — for instance, $385 a day for an editorial shoot is about three to five times more than what a minimum wage earner makes in a day — but modeling jobs are few and far between.

Sure, one can make $385 a day and you’d get rich indeed if you have a shoot every day. Unfortunately, that ain’t going to be the case because there’s a lot of downtime in the modeling world.

But let this not discourage you if you really, really want to become a model. Some do strike it rich. Anthony Higgins of MSA Models stated in an interview with NY Castings that some of his plus-size models are making anywhere from two hundred thousand to three hundred thousand dollars. Surely that’s not bad, eh?