Footballers Playing In The Rain. Who says you can’t look good and alluring when you are playing football in the rain? Well, no one’s exactly saying that, no? But if ever someone makes that claim, just show them these photos of three of the best football stars who ever played the beautiful game. 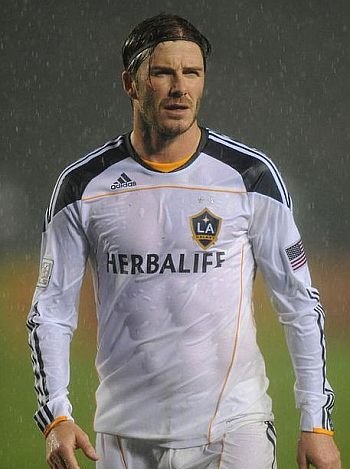 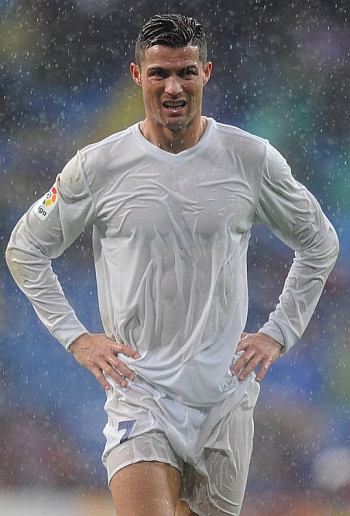 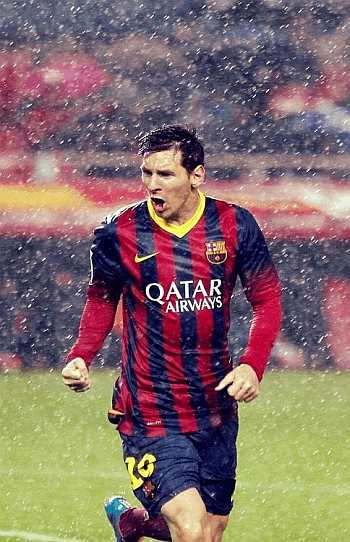 Now, here’s a question for those of you who know your football: In terms of skills, talent, and accomplishments, does Beckham belong to the same league as Messi and Ronaldo? Our friend Michael, who knows more football than us, says Beckham may be more Hollywood than the other two but there is no question they outrank him when it comes to footballing skills. Do you agree with him? 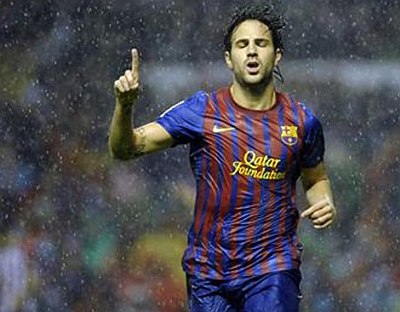 …..
Footballers at the Beach (21 December 2016). Of course Cristiano ain’t the only football star who’ve been spotted in wet (but hot) shorts. Let’s check out the others and we begin with LA Galaxy’s David Beckham. He’s now officially a California surfer boy. 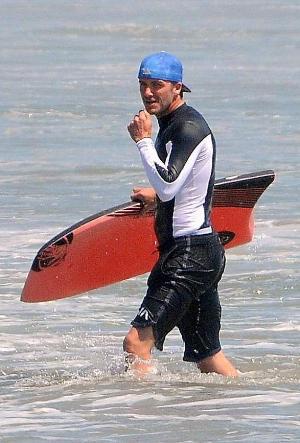 Next in line is Italian footballer Francesco Totti, captain of Serie A club Roma. He sure loves to get wet, doesn’t he? 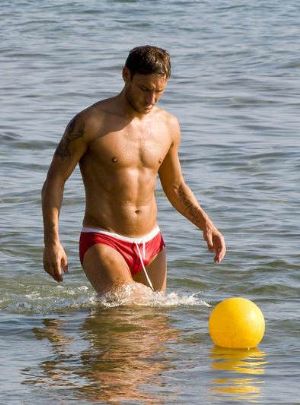 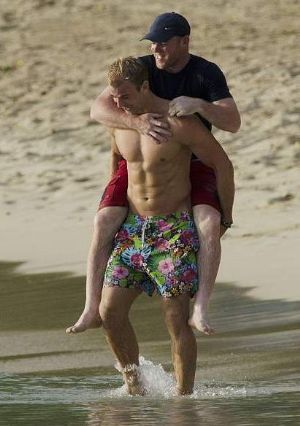 The always interesting Argentinian footballer Lionel Messi looks pretty handsome in this photo from gossip site TMZ which describes him as the “world’s best topless futbol player”. He looks way more handsome when he’s got short hair, doesn’t he? 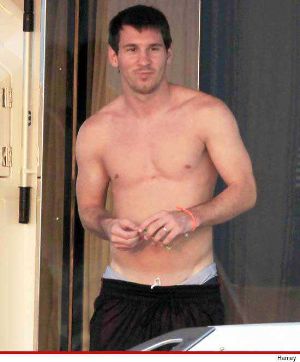 Liverpool football star Andriy Voronin opts for a flowery pair of beach shorts which our friend Deena approves of 100%. 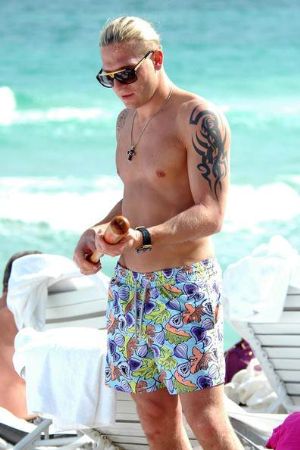 A very buffed Micah Richards goes to the beach in what looks like denim shorts. We don’t generally approve of denim as beachwear but we are captivated by his beautiful muscled body so we’re giving him a pass. 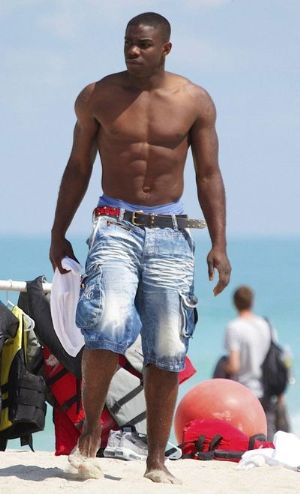 Hello there, El Tigre! Enjoying the water, are we? El Tigre, for those of you not familiar with him, is Radamel Falcao García. He’s from Colombia, plays for Atletico Madrid, and is considered as one of the best forwards in the world. 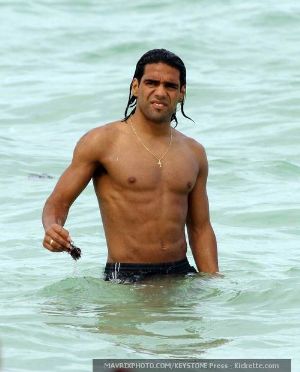 Cutie Sebastian Giovinco plays for the Italian national team as well as for Serie A club Parma. Damn, we like his baldness. It sure adds to his appeal. 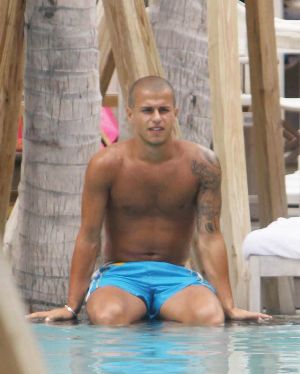 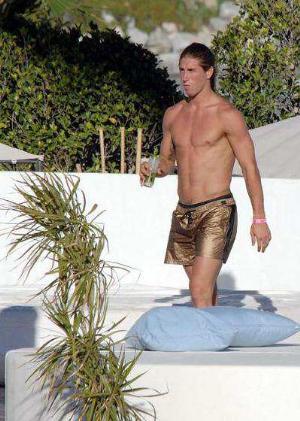 …..
Hot Wet Men: Football Players Edition. Cool. Our boy Cristiano Ronaldo is the 2008 FIFA Player of the Year. Good for him. Congratulations, Cristiano. Now, you’ve got more reason to go swimming to the delight of fans who’d like to see you in your wet shorts. Seriously, how awesome is Ronaldo in that sticking wet black shorts? And he’s got a nice-looking dude beside him too. 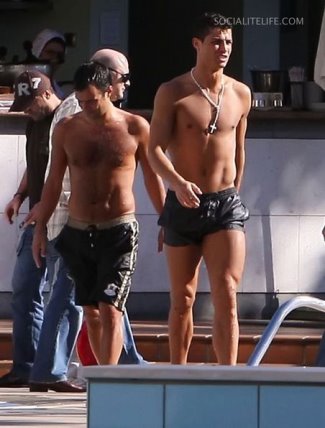