Hot Vintage Men of the 80s: Bruce Penhall Young, Shirtless, Speedos. Apparently, you love our posts on vintage hunks so we will continue giving you what you want.

This time, we are checking out the 1980s and one of the heartthrobs back them is a boyish-looking guy named Bruce Penhall who is one of the few celebrities who successfully transitioned from being a legitimate sports star into a legitimate actor.

You know, Penhall was a professional motorcycle speedway racer who outraced the best of them all. He won the World Speedway Championship back to back from 1980 and 1981. Aside from these individual achievements, he is a good team player too as evidenced by his championship trophies in the 1981 World Pairs Championship as well as the 1982 World Team Cup. 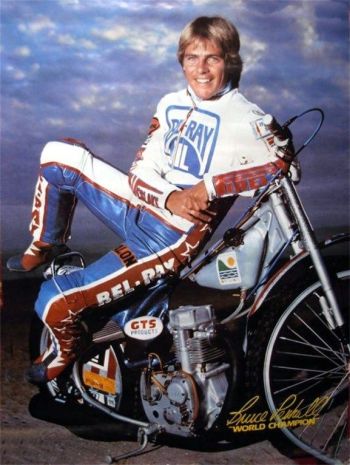 Following his retirement in speedway racing, our vintage 1980s hunk was cast as one of the lead actors of the TV series CHiPS which aired on NBC.  When the TV show ended, he continued to find work as an actor and, to date, he has a total of 14 acting credits to his name on IMDB.

One of said acting projects is CHiPs 99, a TV-movie version of the popular TV series, where the actor reprised his role as Officer Bruce Nelson. 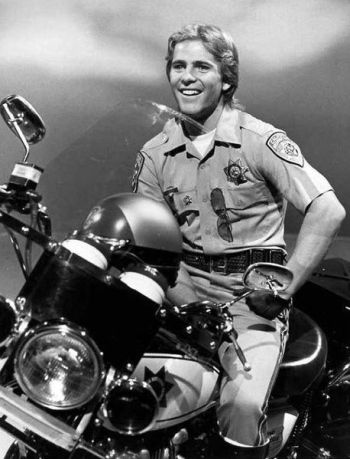 Young Bruce Penhall Shirtless and Underwear Photos. Since this post is about the hunkiness of men from the 1980s, we would not be doing our job if we do not include these shirtless photos of the guy who was often featured in teen magazine centerfolds. 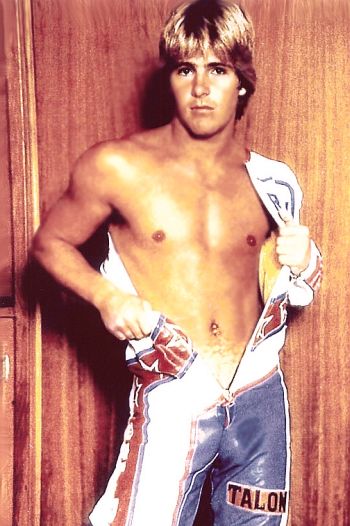 For more hot vintage hunks, check out our earlier post on John Saxon. 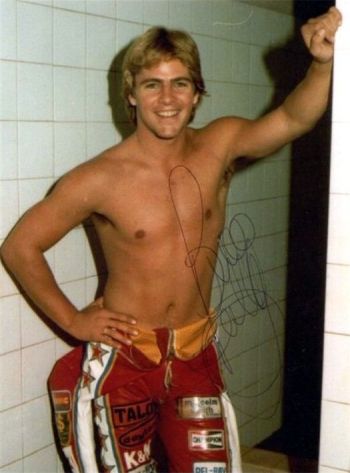 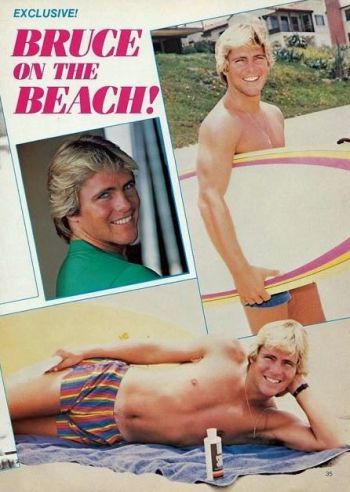 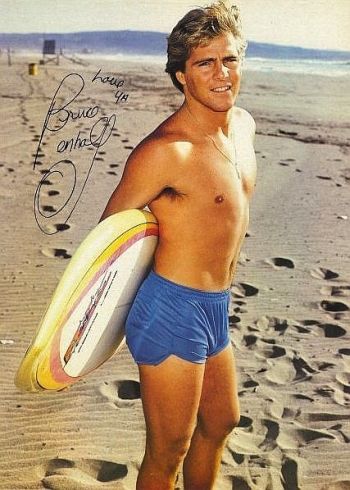 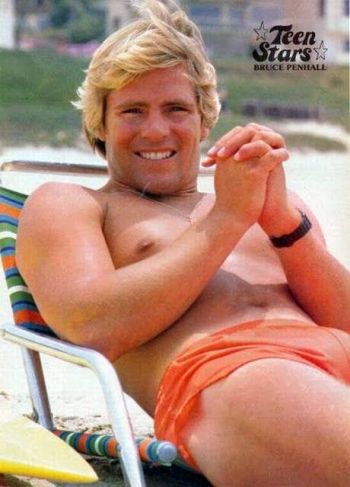 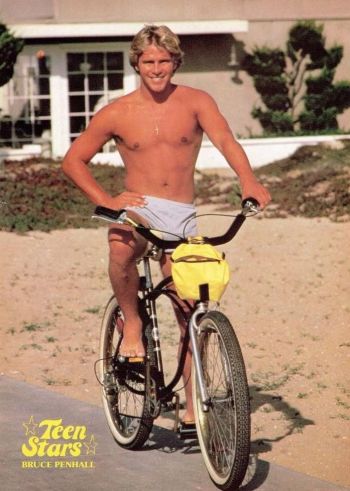 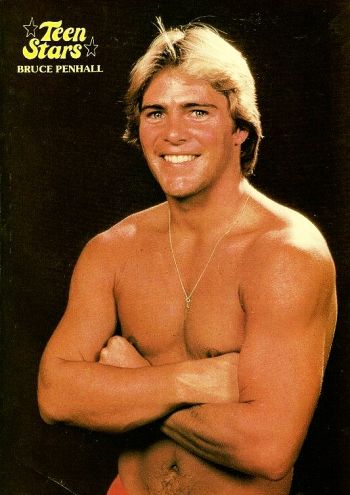 Oh, we also have photos of the racer/actor in briefs-style Speedo swimsuit. According to Poseidon’s Underworld, from which we grabbed these Speedo photos, his fellow model in the photo is actress Shannon Tweed who went on to marry rocker Gene Simons. 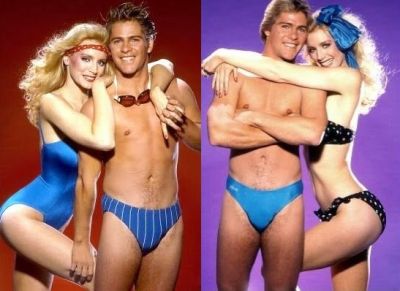 Bruce Penhall Now. For his part, Bruce is married to wife Laurie McDermott with whom he raised four children (one of whom was killed by a drunk driver).

So what’s Bruce doing these days? According to ocregister.com, he continues to own and operate a concrete cutting business. Currently, he lives in Laguna Hills with his family.

He was inducted into the Motorsports Hall of Fame of America in 2011 and, according to wikipedia, he is still involved with speedway racing in Southern California and “also makes semi-regular appearances at big race meetings in the UK and Europe such as Speedway Grand Prix events.”