Hot Sailors in Uniform: Real Heroes, Models, and Movie Sailors. We are updating this post to bring you more hunky sailors rocking their uniforms. Let’s start with the real sailors turned celebrities.

A photo of Paul taken during his enlistment. 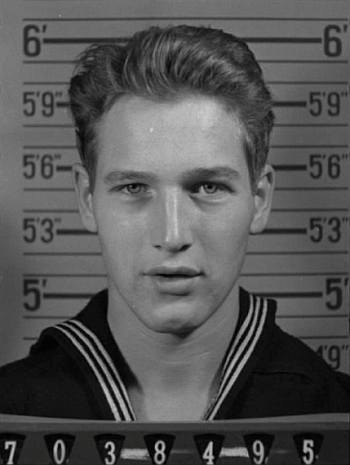 Like Newman above, Guy Madison served with the US Navy in World War II. While visiting Hollywood in 1944, he got cast as a sailor in the movie Since You Went Away. Although his role was a bit part which lasted for only three minutes, thirsty fans noticed his gorgeousness and propelled the guy to stardom. The studio was reportedly deluged with thousands of letters from fans wanting to know more about him. 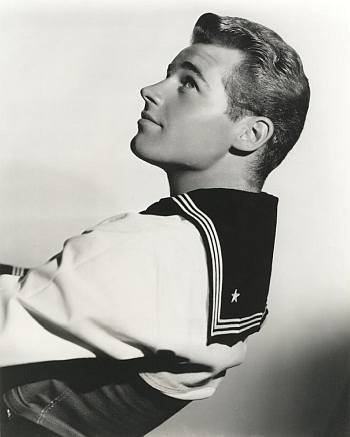 According to wikipedia actor Tony Curtis was inspired to enlist with the US Navy after the bombing of Pearl Harbor. He remained in service for the rest of the war and witnessed the Japanese surrender in Tokyo Bay “from his ship’s signal bridge about a mile away.” 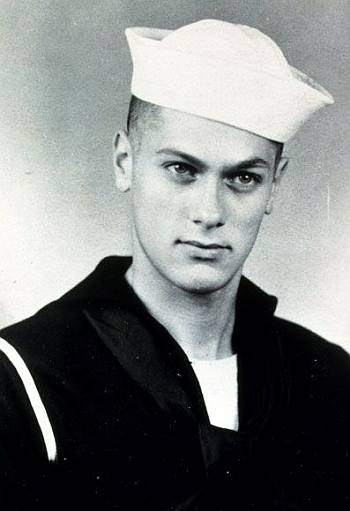 From World War II heroes, let’s move on to movie sailors or hot hunks who played sailor roles like Chris Evans in the 2015 movie Playing It Cool. 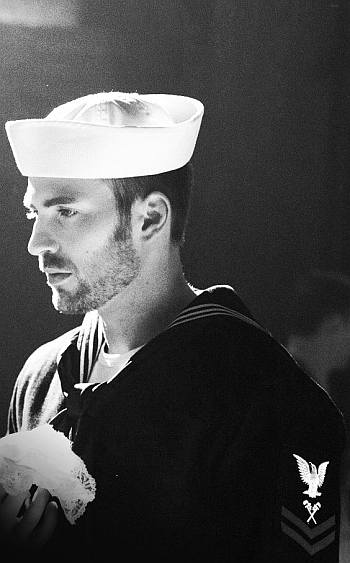 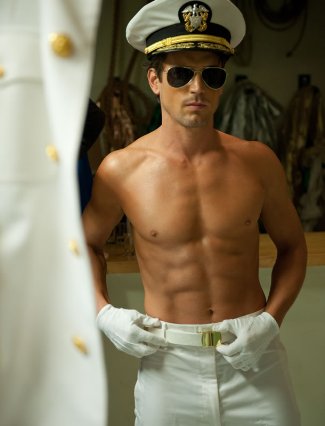 We do not know who the next dude below but we are including here because he looks nice to look at. Hehe. 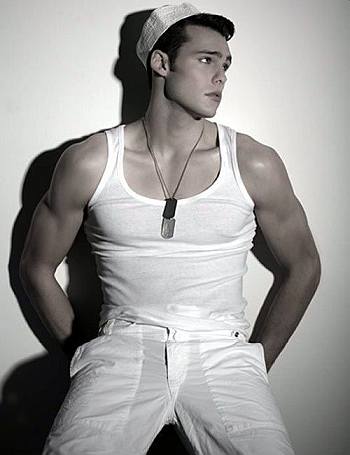 Male model Arthur Sales chillin by the bay in his sailor whites. 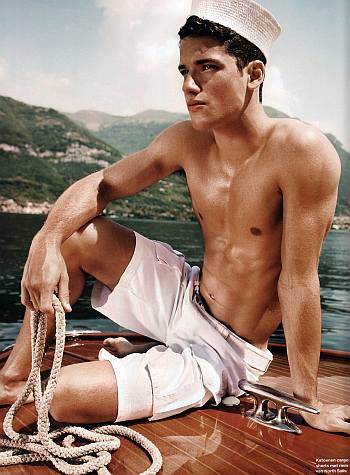 Another photo of a model we do not know which we are including because he’s got the best abs in the world. Haha. 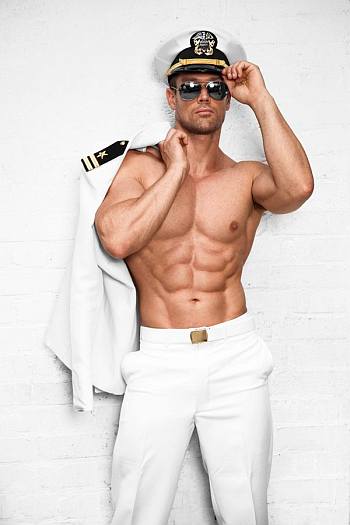 …..
Sailor Uniform for Guys: Evando Soldati, Brazilian Male Model (20 October 2010). Because you love our post on Brazilian male model Evando Soldati and his military uniform, we decided to upload more pics of this handsome model dressed in military-inspired menswear. 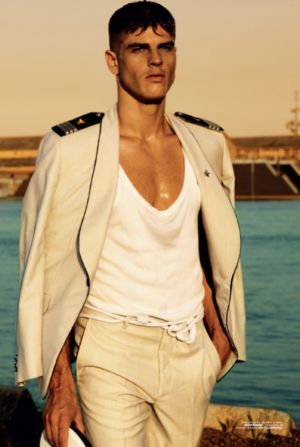 Pretty cute, huh? By the way, these photos courtesy are of Hercules Magazine. 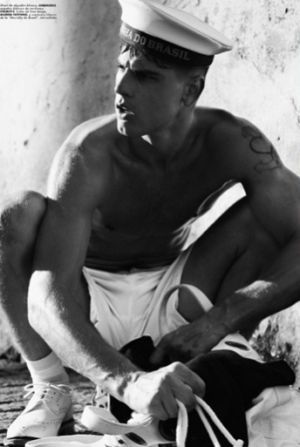