Hot Russian Daddy: Vladimir Putin Goes Shirtless. Russian President Vladimir Putin continues his chest-baring ways. For a man of a certain age (he’s in his 60s, right?), you gotta admit that he is in good shape. However he should fire his media/PR advisers for putting out photos like these which kinda remind people of the Brokeback Mountain movie. 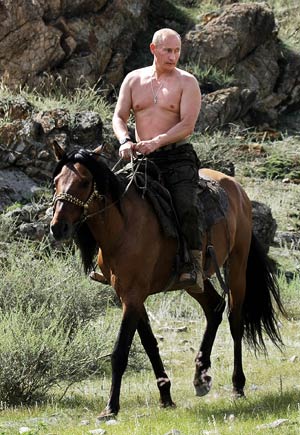 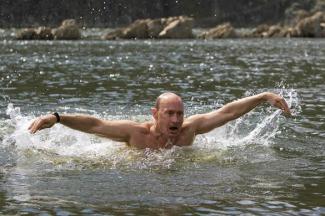 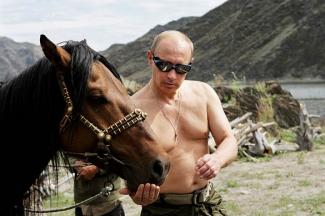 You remember the Brokeback Mountain movie about two cowboys riding horses, camping, swimming, and doing stuff, right? Who do you think President Putin should have invited to his mountain getaway? His Italian pal Silvio Berlusconi or French President Nicolas Sarkozy? 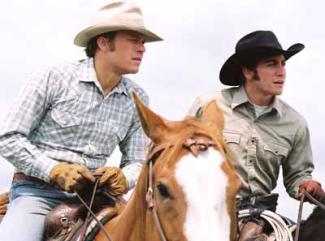 Is Vladimir Jack Twist? Or is he Ennis del Mar? 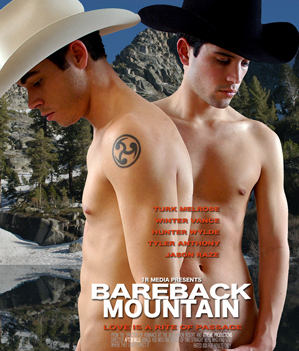 OUR EARLIER POSTS ON VLADIMIR PUTIN 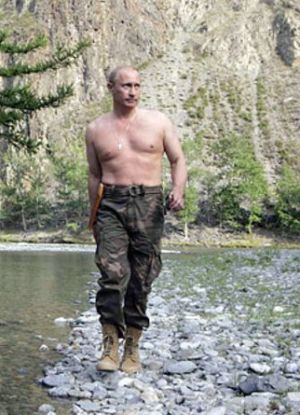 So did Russian Prime Minister Vladimir Putin dance to Abba’s Mama Mia or did he not? Bjorn Again, an Abba tribute band, claims that he did. But an aide to the Prime Minister denies the claim. From BBC:

“He [Putin] was dancing along in his seat to Super Trouper and raised his hands in the air during Mamma Mia when we asked the audience to,” she said.

Bjorn Again says it performed 15 Abba songs during the private gig, claiming that it was paid by the Kremlin.

Hmmm, we gotta admit that we we believe the band more than the spokesman. Come on, Vladimir, there’s nothing wrong with dancing to Abba’s hit tunes. Pierce Brosnan and some other guys did it.

OMG. Haha. Is our Vladimir being overly sensitive? Or was Michael Dell a bit patronizing to have elicited such a response. You watch. You decide. But here’s an excerpt from a CNN report:

CNN reports: “Then it was time for questions. First up: Dell. He praised Russia’s technical and scientific prowess, and then asked: ‘How can we help’ you to expand IT in Russia. Putin’s withering reply to Dell: ‘We don’t need help. We are not invalids. We don’t have limited mental capacity. The slapdown took many of the people in the audience by surprise.”

We think Putin is being a cranky old man. But decide for yourself after watching the video?