Apparently, having your dating life televised did not help Matt and Brooke move their relationship forward. Says Brooke in an interview with stltoday.com: “And with all the public excitement it did not give us much time for any ‘normal’ dating. We currently aren’t in touch, but I wish him the best.”

Of course, there was also the matter of adjusting to a new place and a new way of life for the supposed wife-to-be. Says Matt: “The move was pretty hard on her. I think it was just a little more stress than she could handle at the time. So she felt it was best for her to move back home.” 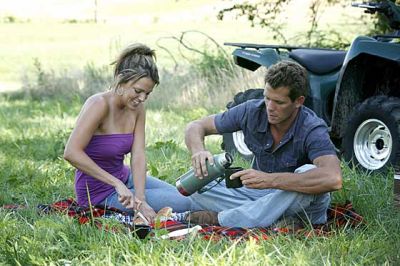 END_OF_DOCUMENT_TOKEN_TO_BE_REPLACED

Hot Farmers Calendar Hunks. It’s time for another post on shirtless hot farmers. As in the past, these hotties are brought to you by the good people of bauernkalender.ch which, annually, comes out with calendars featuring farmer hunks from the Swiss Alps. However, this particular edition is controversial after it was discovered that some of the guys are not real farmers but are actually male models posing in farms.

Thelocal.ch has some details on the controversy: “Half the men who posed for the 2014 Schweizer Bauernkalendar, wearing nothing but their underpants, were not farmers and some were not even from Switzerland, 20 Minuten newspaper revealed this week. ‘Suddenly, the farmers have no chest hair, are clean-shaven and the ‘farmers’ look as if they had been photographed for a glossy magazine’ the newspaper said.”

As may be expected, some peole were not pleased following the revelation. More from The Local: “‘Of course we wish we had 12 genuine farmers in the calendar,’ the newspaper’s director Pamela Fehrenbach told 20 Minuten. ‘We clearly distance ourselves from this product,’ chimed in Sandra Helfenstein, spokeswoman for the Swiss Farmers’ Association.” END_OF_DOCUMENT_TOKEN_TO_BE_REPLACED

Miguel Dakota Shirtless: America’s Got Talent Singing Hunk. Holy canoly, who’s that sexy curly-haired, six-packed farm boy? Is he one of those real farmers who sometimes pose as models for that Switzerland calendar (see Swiss Farmer Calendar Models) ? No, our cutie is not from Switzerland. He’s actually from the United States. We are not sure if he is a real farmer but he sure can be a model. 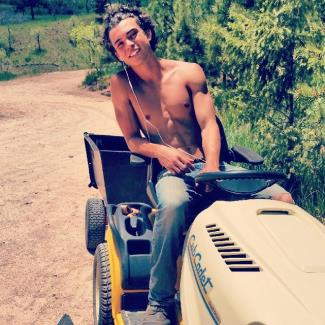 The gorgeous guy above is Miguel Dakota, a singer who’s competing in the current edition of America’s Got Talent. He made it to the live rounds and he’s headed to the Radio City Music Hall in NYC. END_OF_DOCUMENT_TOKEN_TO_BE_REPLACED

Chris Soules Dumped His Fiancee. Oh my! The Bachelor starring Chris Soules has not started yet but he’s raised some hackles in BachelorLand after the show’s publicist came out with a press release that went like this:

The 32-year-old Midwestern bachelor and self-proclaimed romantic has been engaged once before. Heartbroken, Chris ended that seven-year relationship just months before he expected to walk down the aisle. Although his relationship with his fiancée was good, he didn’t want to settle for “good.” He wanted “great.”

This didn’t sit well with some denizens of bachandbachettefans.net who think that the guy ain’t no romantic for dumping a fiancee and then claiming he’s “heartbroken”. Sez “bullwinkle” in the site’s forum:

Seriously? Does anyone else have a problem with this guy stringing along a woman for 7 years only to break it off because he realized he didn’t want to settle for good? And they have the nerve to call him heartbroken over that? END_OF_DOCUMENT_TOKEN_TO_BE_REPLACED

Irish Beefcake: Hunky Farmboys and Farmers Calendar. Who says only YFC farm girls can do a clothes-free calendar photoshoot for a higher cause? Not these beefy Irish farmers who are also baring their bodies for a mens calendar project. You might want to support them by buying their calendar. Part of the proceeds will go to a charity called Bothar which helps farmers in third world countries. 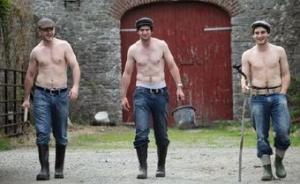 From the Irish Central: END_OF_DOCUMENT_TOKEN_TO_BE_REPLACED