It should be underscored that Mantas was not hired by the San Jose Sharks for his model good looks but for his abilities as a hockey player. 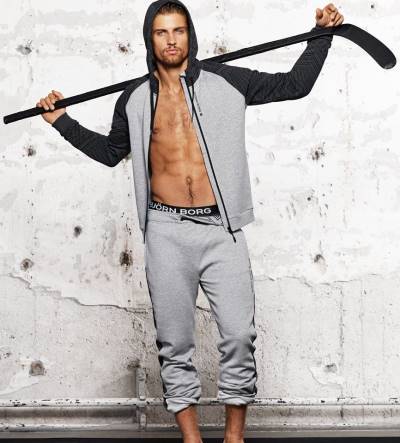 Here’s what the Sharks said about the hockey cutie when they announced his signing:

Mantas had a number of NHL suitors and we are excited that he chose San Jose. We’ve been following his progression up the ranks in Sweden over the last few seasons and he has consistently performed at every level. He has a history of playing above his age group internationally, and we’re looking forward to him joining our organization.

In 54 career SHL games with Djurgardens, Armalis has recorded 23 wins, a 2.75 goals-against average and a .911 save percentage, and earned a promotion to a higher league in four of the last five seasons (played each of the last two seasons in Sweden’s highest professional league).

He has represented his native country of Lithuania on numerous occasions, including the 2015 World Division 1 B Championship, being named the tournament’s Best Goaltender and helping his country earn a bronze medal as he finished with the highest save percentage (.938).

Well, may this be a start of a long and beautiful relationship between our hot hockey player and the San Jose Sharks/the NHL.

We hope he continues to model during the off-season. Want more hot hockey players? Go check out our post on black hockey players.