Hot Guys in Shorts: Simon Dunn – Does He Have a Boyfriend? Time to add to our category on Hot Guys in Shorts which we, admittedly, have been ignoring for months now. Famewatchers, meet Canada-based Australian bobsledder Simon Dunn. According to our friend Deena, this Aussie hunk embodies what she wants in a hot guy in shorts — sense of fun, a beautiful body, muscles in the right places, and the willingness to pose shirtless in shorts.

So let’s check out some photos of Simon Dunn in his shorties, shall we? Let’s begin with this image of our Aussie athlete in his short shorts which we grabbed from his Facebook page and, if we are not mistaken, which is from a DNA Magazine issue. 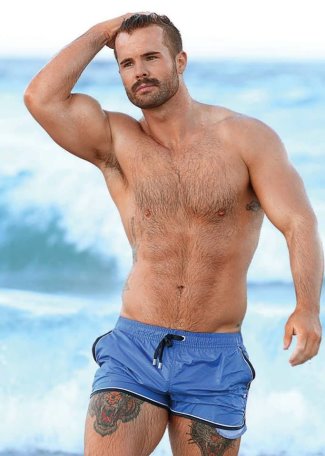 Now, check out Simon in his boxer shorts. When was the last time you’ve seen a guy wearing boxers? Guys are mostly about boxer briefs these days so its cool to see a guy in boxer shorts. 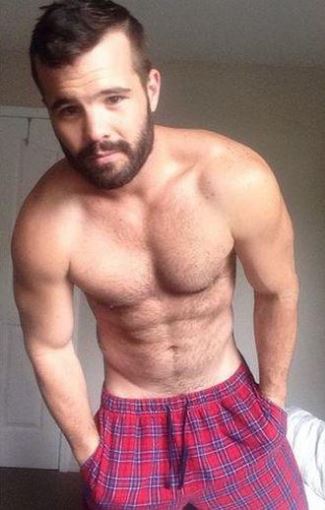 Simon in a pair of swim shorts. Is that his boyfriend behind him? 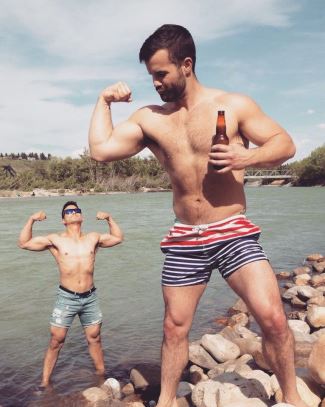 Yup, Famewatchers, Simon is a friend of Dorothy. He came out two years ago during an interview with Same Same, an Aussie publication:

“I’m the brakemen for Lucas Mata who was Heath Spence’s brakemen at the Sochi Olympics,” Simon tells Same Same. “I love competing in bobsleigh. The adrenaline rush. Using my strengths from rugby and excelling in a different sport. I love representing my country. And I’m also proud of the fact that I’m the first out gay man in the sport to do so!”

Want more hot guys in shorts? Simon is also a member of the Sydney Convicts Rugby Club, an amateur team. Check him out with his buddies: 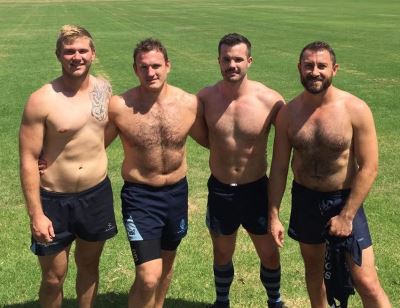 Here’s another look at Simon in his rugby short shorts. 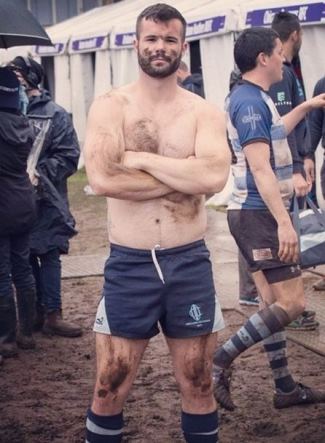 Let’s end this post with this photo of a shirtless Simon chillaxin’ in his chino shorts. 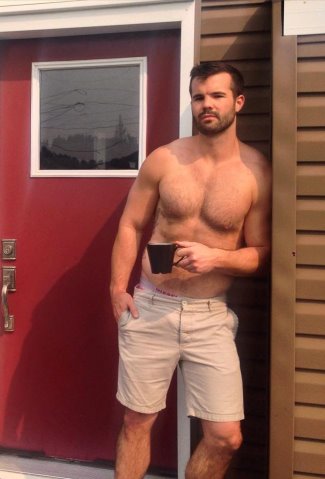 So what do you think of our first entry for this year’s hot guys in shorts? Pretty cool, huh?

Update: Simon Dunn boyfriend? Is he dating anyone at the moment? Looks like our Aussie cutie is single and available. Here’s what he said during an interview with Attitude Magazine: “It’s hard to meet guys, because there isn’t a big gay scene in Calgary and I’m training so much. And when I’m not training, I’m working at a gym so that I can earn money. Once I get the Olympics out of the way, my next challenge would be to find a boyfriend and settle down. It can get lonely being in bed on your own!”

Well, let’s hope he meets a suitable Calgarian (or whatever you call them Calgary residents) after the Olympics. 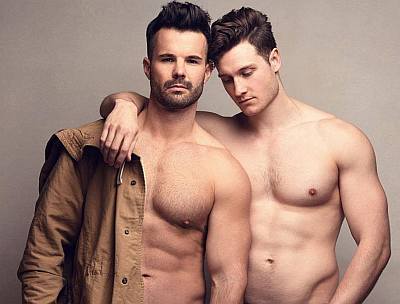