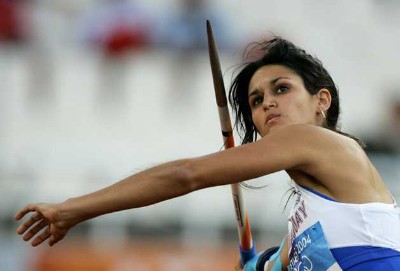 Aside from competing in the javelin throw, Leryn is also a bonafide glamor model having posed for men’s magazines such as Sports Illustrated Swimsuit Edition, calendars, runways, and in advertising campaigns such as Nike. Check her in in Nike sportswear. 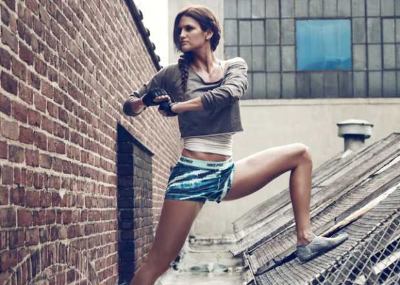 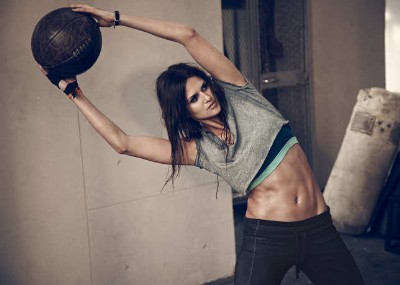 Clearly, she’s a girl who’s got everything — the looks, the body, the good health, the fame, the admiration of millions of men — right? Yeah. Okay, maybe the only thing missing for her would be an Olympic gold medal. In the words of wikipedia “she is perhaps more famous for her beauty and modeling than athletic ability”.

She falls short in the Olympic Games she participated in maybe because she’s distracted by all the adulation that comes her way from men all around the world. Her Olympic record goes like this: 42nd in the 2004 Athens Olympiad, 51st in the 2008 Beijing Olympic Games, and 34th in the 2012 London Olympics. It is worth noting that her throws in these three Games are much lower than her personal best of 57.77 meters.

Hot Female Olympians 2: Britta Heideman. Okay, from Leryn Franco, let’s now focus our attention to Germany’s Britta Heidemann who may not be as physically intriguing as Leryn but who has the medals to show for her Olympic efforts. This is not to say that she’s not sexy because she is. Okay, maybe she is not “model sexy” a-la Leryn but she’s actually a pretty gorgeous girl who, in fact, often made in several lists of the sexiest Olympians.

She’s not wearing anything in the pic below, is she? Looks like she’s covered by body painting.

Unfortunately for Britta, the outfit for fencing totally covers her so it does not help her cause in the Who is Sexier Between Leryn vs. Britta debate.

Still, she’s got an Olympic gold medal (Beijing 2008) and two Olympic silver medals (Athens 2004 and London 2012) although her silver in London comes with a questionable win over a South Korean fencer who should have won if not for a stupid clock and an even more stupid referee. But even if you strip Britta of her London medal, she still has one gold from Beijing and a silver from Athens which she won without any controversy.

So going back to the Britta vs. Leryn who’s hotter debate, we’d rather that you answer the question because we cannot decide. Haha.