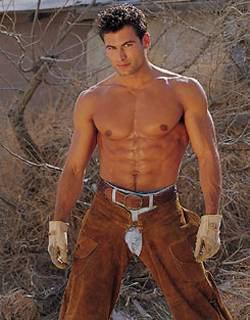 By the way, we don’t know if these guys are real hot male construction workers or “model construction workers”. We’d like to think that they’re the real deal (a-la hot fireman Michael Biserta who actually is a real fireman) but don’t sue us if they turn out to be the latter. 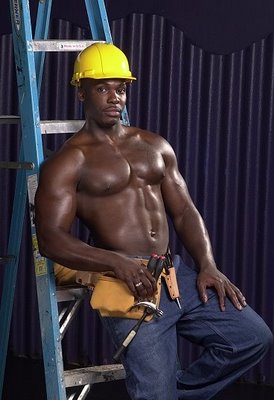 Do you agree with our friend Diana that guys in hard hats are hot and manly? Now, there are different kinds of hot of course. There’s the geeky hotties (Diana says chefs fall under this category although we’d rather call chefs “foodie hot”), the tweeny ones (that teen girls get crazy about like those One Direction singers), the badass ones (the bad boys we keep falling in love with precisely because they’re bad and dangerous), the sophisticated ones (like Anderson Cooper or George Clooney when he’s wearing a suit), then there’s manly hot which is typified by our hot construction workers. 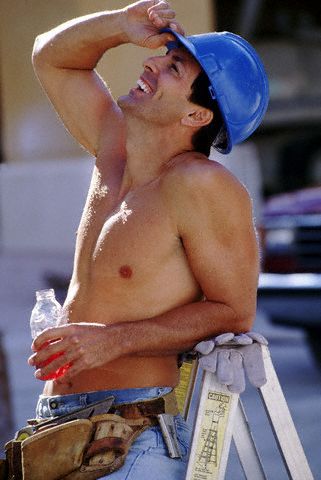 Your manly construction worker then is this: He’s got tools and he knows how to work them. He’s also got muscles in the right places (you can nominate any of them to any Best Biceps in the World contest). He’s sweaty. He looks great when he’s shirtless. And, most of all, he wears a hard hat. 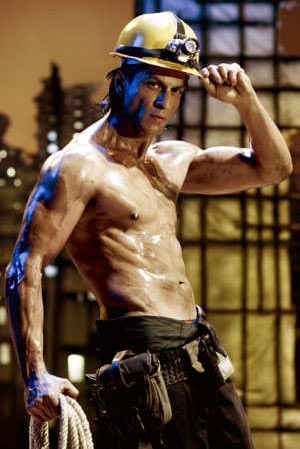 Update: Work Jeans for Hot Construction Workers. Aha, so this is what a guy looks when he gets all sweaty in his work jeans. Awesome. We love it. We also love the hard hat and the tastefully-located hammer. A hammer near his hammer, eh? Did we say he’s awesome? 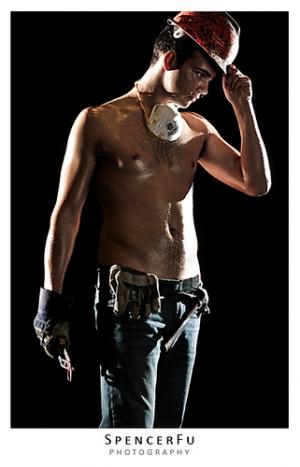 Deena says: Awesome-looking? That’s the first time I heard of that. Men are described as handsome, hunky, hawt, beautiful, muscled, sexy, and even pretty but I never heard of “awesome-looking”. What exactly do you mean by that?

Us: Geeze, please! We mean all those things you mentioned. 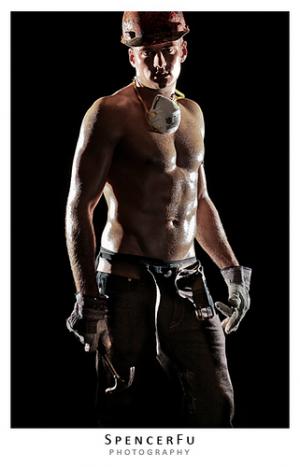