Hockey Is So Gay (2017 Update). From the time we posted our original post below, some “gayish” things have been happening in the world of hockey so we decided to update this post. We start with these unintentional (or maybe they are intentional) gay kissin’ photos.

Brad May kissing another hockey player. We’ve been trying to ID the other guy but haven’t come up with a name. If you know Brad’s kissin’ buddy, please do tell in the comments. 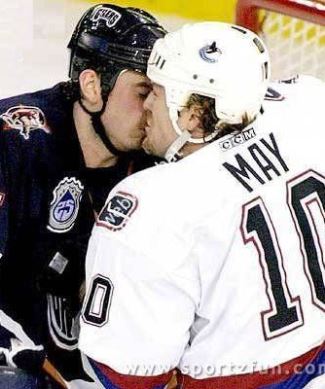 Speaking of hockey buddies, check out the this shirtless photo of Brandon Bollig and Andrew Shaw. Nothing gay here at all except that it reminds us of Brokeback Mountain where Jake Gyllenhaal and the late Heath Ledger are fishin’ buddies. 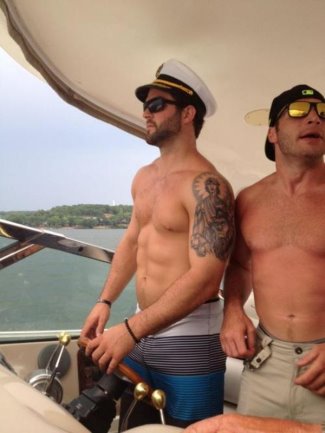 Namesakes and teammates Alexander Semin and Alexander Ovechkin use their medal as an excuse to nearly kiss each other. Hey, Alexes, just get a room and get on with it. Joke. Joke. 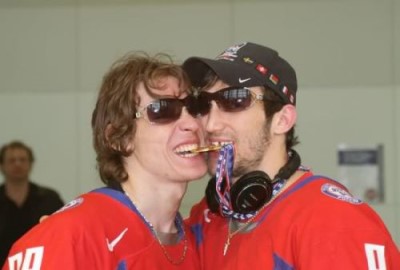 Hmmmm… who are these guys getting some action on the side. If this ain’t gonna convince you that hockey is so gay, we don’t know what will. Hehe. 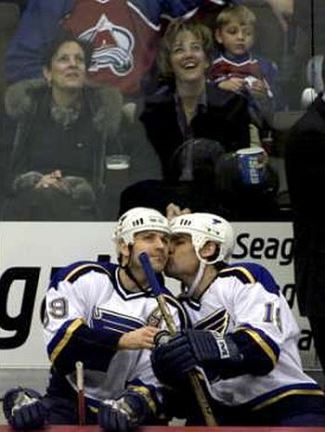 Hockey against homophobia. Yes, sir! That’s the way to go. 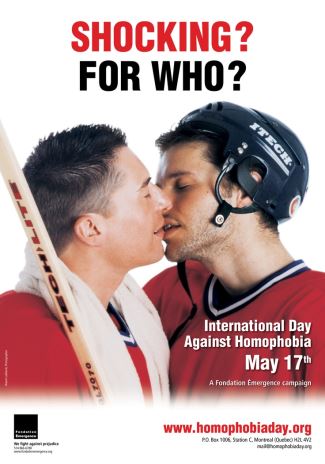 Thick clothes and a cold icy rink ain’t a barrier to man-on-man action if the guys are really into it. 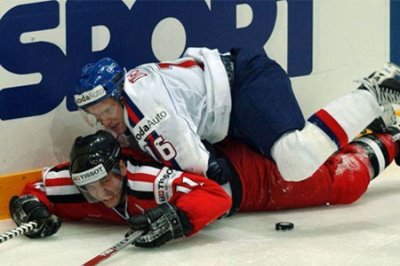 Hockey Is So Gay (posted 29 September 2009). Since we’ve been blogging about hockey hunks lately, we decided to add a post to our popular Sports Is So Gay series particularly focusing on the gayest things that happened in the world of hockey.

First, meet Jiri Tlusty of the Toronto Maple Leafs whose photo of him tonguing a guy was leaked on the internets in 2007. Jiri, who was then 18 years old, had to issue a statement denying that he is either gay or bisexual. 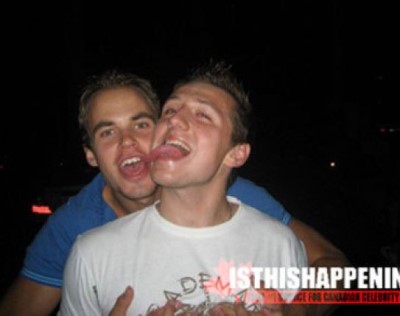 Next, check out Alex Ovechkin getting getting lap-comfy with some dude. Alex is with the Washington Capitals and, in January 2008, he signed a thirteen-year contract with the team worth $124 million with the Capitals. The contract extension has been described as “the most lucrative contract in NHL history”. 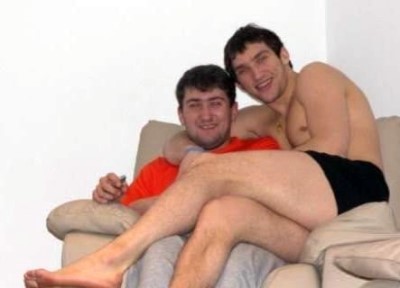 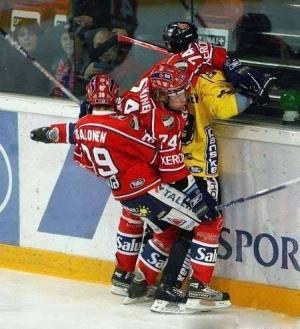 Hockey Is So Gay: The Gayest Things Happening in the World of Hockey posted 29 September 2009. Updated 2 April 2017.