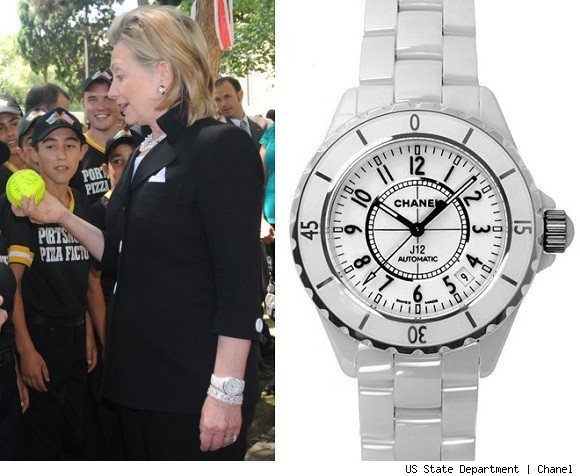 Want another pop-culture quiz? Okay, “What differentiates Hillary from Cuban leader Fidel Castro?” Ummm, practically everything! But since we are talking about watches, Hillary is a Chanel girl while Fidel is a badass for Rolex watches. See Fidel Castro’s Rolex watches as well as these World Leaders Who Wear Rolex.

UPDATE: Turns out that Hillary also wears Rolex. So we were wrong in saying that she’s a Chanel Girl while Castro is a Rolex dude. Check out her Rolex watch below and the imaginary quote we thought she’s saying about her watch. 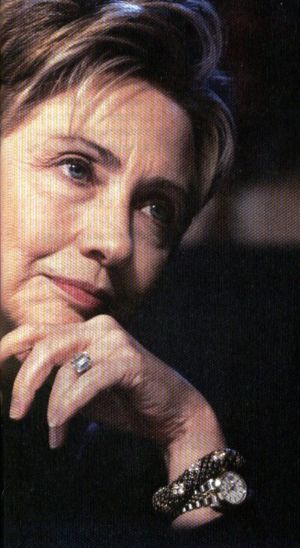 Imaginary quote from Hillary Clinton: “Hello, I’m Hillary Clinton. I’m the U.S. Secretary of State. Don’t call me the wife of Bill Clinton. I am much more than that. But you can Bill Clinton as the husband of the the Secretary of State. Hah! I wear a Rolex as you can see in this picture. I’m the most powerful woman in the world because I can kick the asses of those rogue nations if I want to. Do you like my watch? Do you like my daughter Chelsea Clinton’s wedding dress? Argh. Why am I saying these things?”

Dancing Hillary Clinton – Video (August 8, 2009). Barack Obama did the booty bump during his inauguration. Now it’s Hillary Clinton’s turn to regale us with her “dancing” skills. Fast forward to the 26-second mark. There should be a political edition for Dancing With the Stars, eh?

Who do you think is the better dancer, Barack or Hillary? We think Barack wins a dancing contest between these two. It will be a toss-up if the contest is between Barack and Bill Clinton. Update: Sorry, video was deleted at source.