Harry Shum Shirtless Abs, Underwear, Fashion Style. We’ve blogged about Harry’s fashion choices in the past — from his shoes, to his fab jackets, to his distressed Superdry leather but, for some reason, we have not blogged about his sculpted washboard abs.

Well, it’s better late than never as they say. And, actually, our oversight is actually a blessing in disguise because some of the photos we are including in this update are more recent and we would not have included them, say, eight years ago.

Anyhoo, here are some Harry Shum shirtless photos for the hos among us who are fans of shirtless and hunky celebrities: 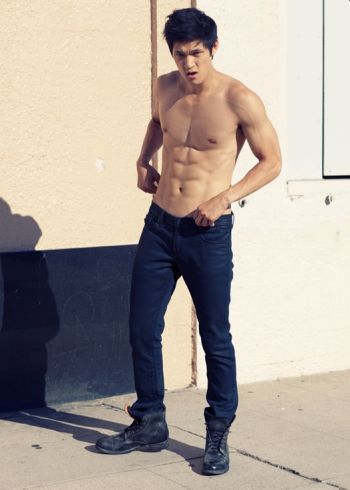 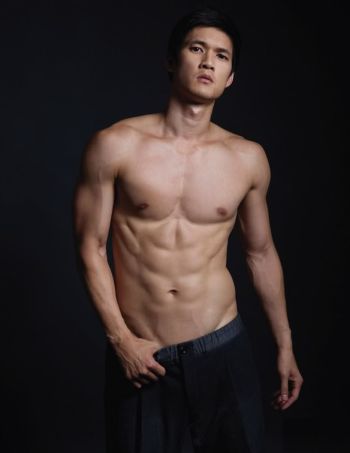 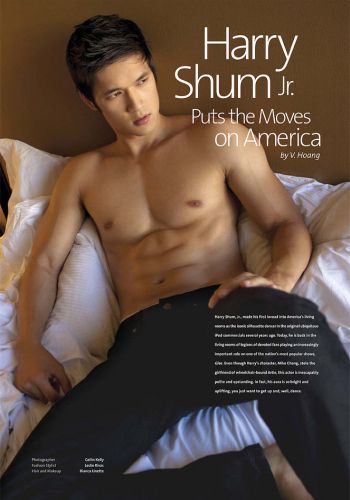 Harry Shum Underwear. We do not know (yet) whether the hunky actor wears boxers or briefs but we do know that he likes him his long johns. He wore long johns in this GQ Magazine photo. 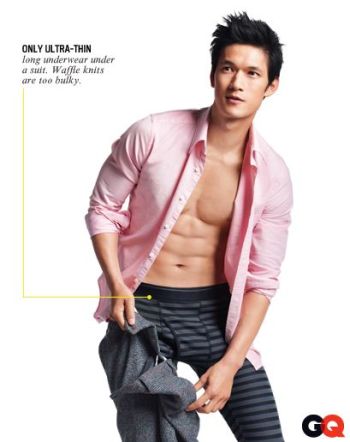 And he was also wearing another pair in this screencap from Glee’s underwear episode. Want more men in long underwear? 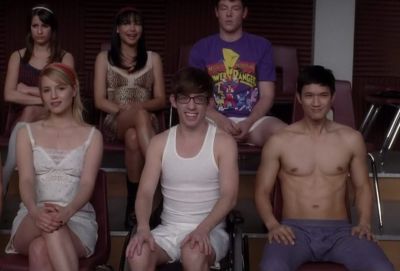 Harry Shum is Bi in Shadowhunters. Did you know that Harry played a bisexual warlock on the TV show Shadowhunters? Too bad the show ended after three seasons but he was, apparently, in a relationship with the role played by Matthew Daddario. Obviously, we have some TV show to catch up on. Haha. 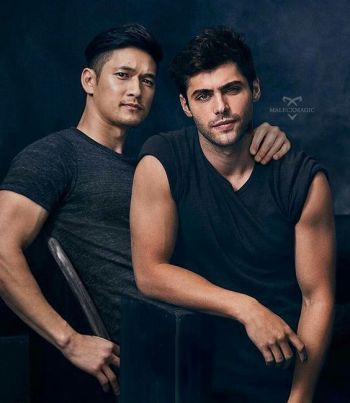 Harry Shum Wife? He may have played an LGBT character on TV but Harry is straight in real life. In 2015, he tied the knot with then longtime girlfriend Shelby Rabara. The couple are blessed with a little girl named Xia. Here’s a photo of Harry and Shelby at the Golden Globes: 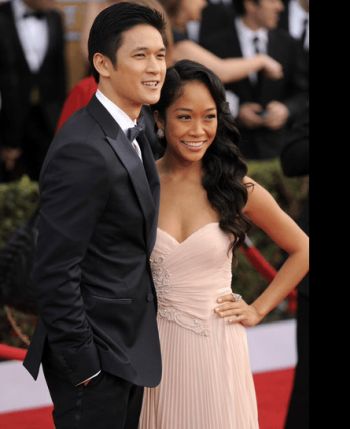 Harry Shum Glee Jackets (30 October 2010). This section is for those of you who are fans of Mike Chang’s outfits on the TV series Glee. First up, check out his windbreaker from Heritage 1981’s University collection. 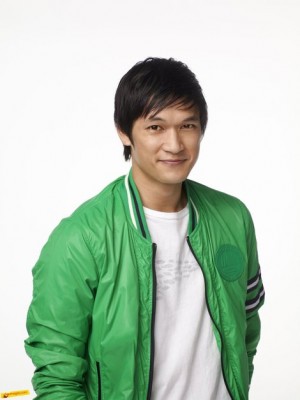 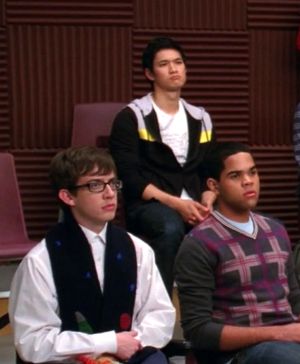 Nike Arsenal Jacket. Of course we’re not done yet blogging about Glee stud Harry Shum Jr. Check out his Nike Arsenal full zip jacket in the screencap below. 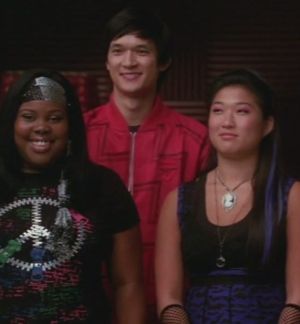 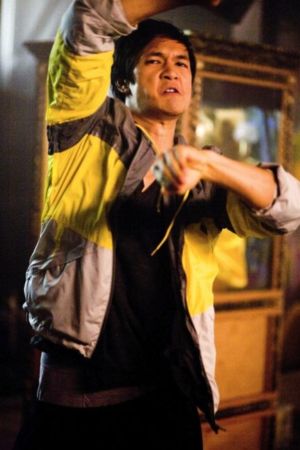 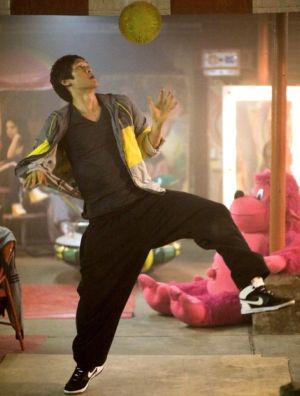 …..
Harry Shum Jr’s Shoes: Massimo Sneakers (25 September 2010). Look who’s wearing a pair of the fabulous Creative Recreation Massino Low Top Sneakers. Why, it’s that Asian hunk in Glee, Harry Shum Jr. You know, the one who can give The Situation a run for his abs money. 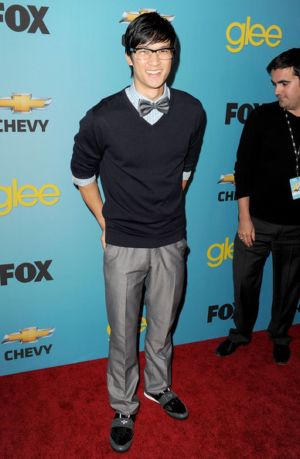 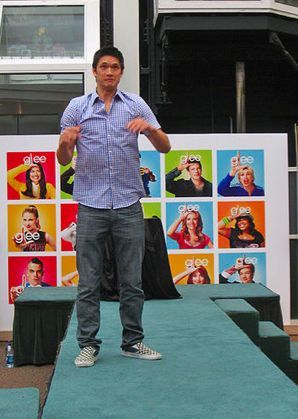