More Harry Judd Shirtless and Underwear Photos. We came across the magazine cover featuring our favorite McFly boybander and we went like, “Hmmm, what is Harry up to these days? We should include this photo in our post about him. When was the last time we updated that anyways?”

Well, as you can note below, the last time was in March 2017 when we noted that he’s tied the knot with then girlfriend and now Mrs. Izzy Judd. Oh, the couple also welcomed another child following the birth of Kit who was born in August 2017.

Anyhoo, here’s Harry flexing his muscles to the delight of the gheys like our friend Kevin. 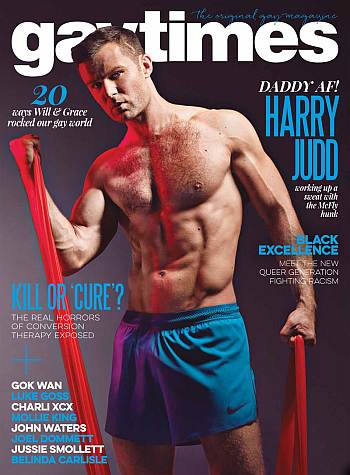 He really is hotness personified, no? Thank heavens he loves to go topless and to pose in his undies as he does in the next pics below. 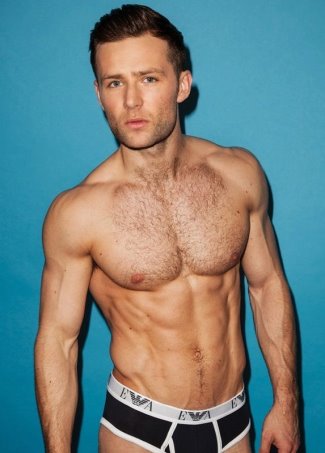 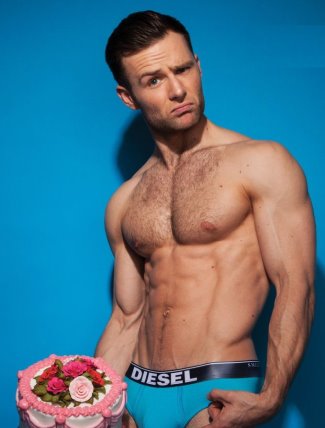 …..
Update on Harry Judd girlfriend (13 March 2017). We should have updated this post earlier but better late than never, no? Apparently, Harry and Izzy tied the knot in 2012 or a few months after we published our first post below. The couple are now proud parents of a daughter name Lola Judd who was born in January 2016.

Here’s a photo of Harry and Izzy during their wedding. 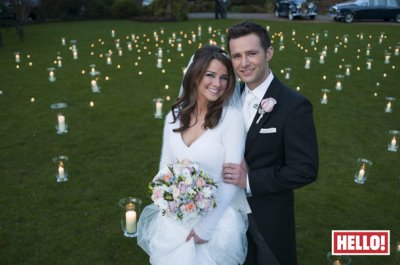 Anyhoo, Harry may not be gay but he is certainly gay-friendly having posed for Attitude Magazine which, we’re told is a UK mag for boys who like boys. Here’s one of his Attitude pics. Doesn’t he look gorgeous in them shorts? We thought he’s wearing a pair of boxers but its actually a very short shorts.

And here’s the adorable and cute 26-year-old hunk in a football kit. Yay. Very nice. Do you think he’d make a good rugby player? Nah! We hope not. Otherwise, there is no justice in the world if one man has all the “talents/goods” that God in his/her heaven showered upon his/her people. 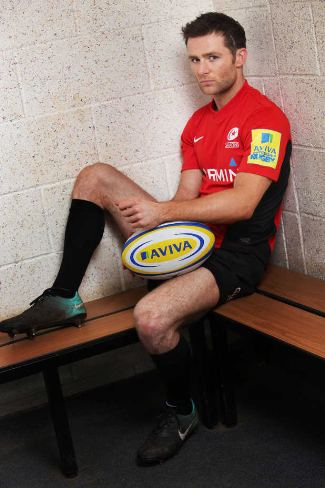 Want some Harry Judd underwear photos, don’t you? Good thing he is more than happy to oblige. For some reason, he got himself tied to a post in some London Street. We are too lazy to go find out what the story behind these photos. Maybe he’s auditioning for a role in the movie version of the controversial S/M book, Fifty Shades of Grey? If so, we hope he bags the role. 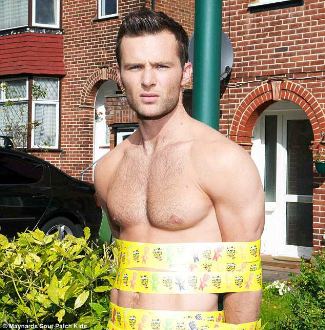 Harry Judd in nothing but his underwear while tied to a post. Want more McFly Band Underwear Photos? 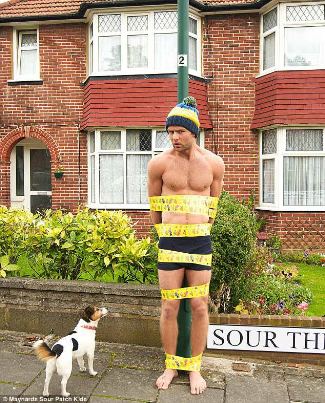 By the way, did you know that our drummer boy has been named in this year’s Attitude Awards as the S*xiest Man Of The Year? The award is well deserved, we must say. Check out a suited Harry receiving his award. 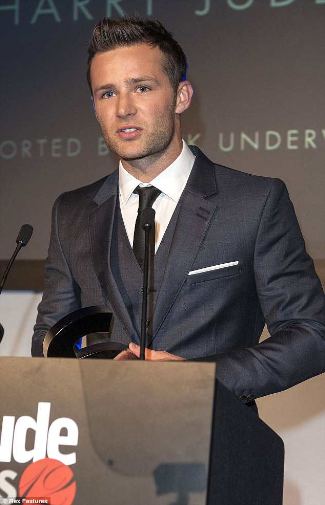 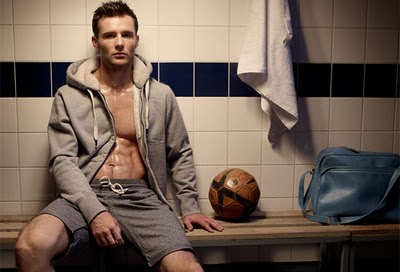 With a sixpack like that, it’s no surprise that some of our fellow Famewatchers — who believe that good physique is a clue to ones s*xuality — are wondering if Harry is, like George Clooney, also a Friend of Dorothy?

The answer? No he ain’t! Our Harry actually has a girlfriend, Izzy Johnston, and they are planning to marry according to news reports. Here’s a pic of Harry and his lovey-dovey. 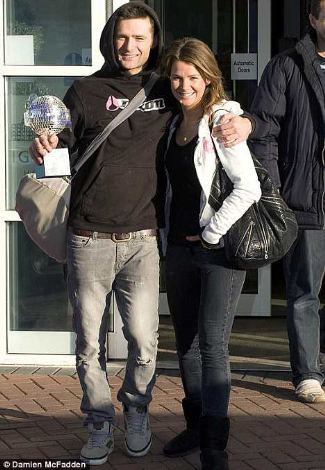 For the non-Brits or non-TV watchers, that ugly trophy Harry is holding is part of his reward for winning the 2011 edition of Strictly Come Dancing aka the UK version of Dancing With the Stars. Seems like whoever designed the trophy is the same as the dude/dudette who designed the equally ridiculous DWTS trophy.