Harry Eden Underwear, Shirtless, Gay or Girlfriend. Who’s this cute guy with an intriguingly long feet? Hehe. That guy, fellow Famewatcher, is English actor Harry Eden. He’s 22 years old, stands at 5′ 11″ (1.80 m), hails from Old Harlow in Essex, England and he could very well be the next James Bond. [Above photo is courtesy of Wonderland Magazine. Pic by Mariano Vivanco.] 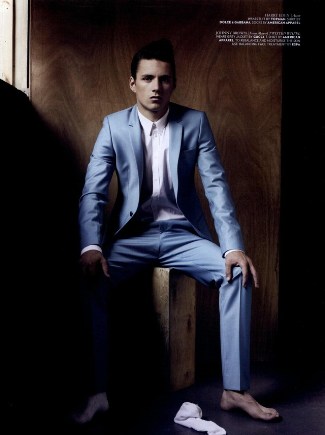 Well, okay, maybe he’s not the next James Bond but, who knows, maybe he will be. If Bond movie producers are looking for someone to continue the franchise after Daniel Craig who resembles Daniel Craig then the man they should hire is Harry Eden. He’s got that sexy, intriguing, and quietly masculine aura that Daniel exudes. 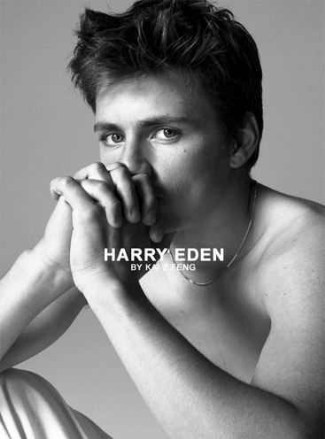 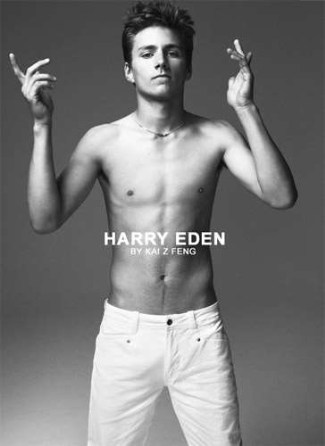 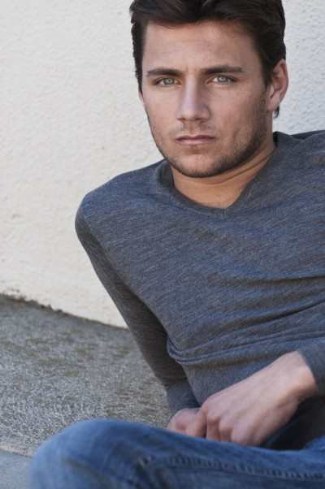 Seriously he resembles Daniel, right? No wonder the producers of the 2008 movie, Flashbacks of a Fool, cast him as the young teenage version of Joe Scot and Daniel as the older version. Check out the two English hunks arriving at a premiere of their movie. 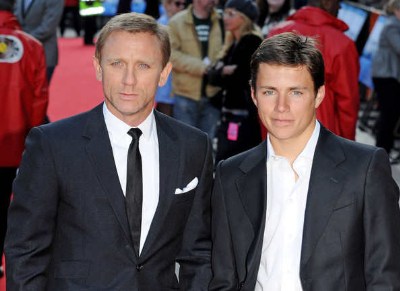 One of the more recent films of Harry is the indie short film, Nightswimming, where our young actor strips to his underwear and eventually goes au natural. With co-star Tim Dantay. 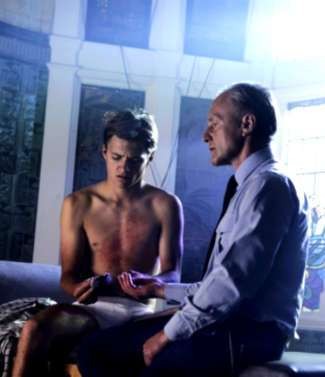 More on Night Swimming from IMDB:

Runaways Luke and Ellen are caught breaking into an older, Victorian styled swimming facility one evening. As they only want a warm place to sleep, Martin, the person on patrol, lets them stay on the proviso that they don’t break anything else. As Luke and Ellen go swimming in the pool, Luke spots Martin voyeuristically watching them. That small act begins an emotionally charged situation involving all three, but which was only supposed to involve Luke and Martin

Here’s another still photo from the movie. If we are not mistaken, this one’s also used for the promotional posters for the film. For obvious reasons, this is our favorite Harry Eden underwear photo. 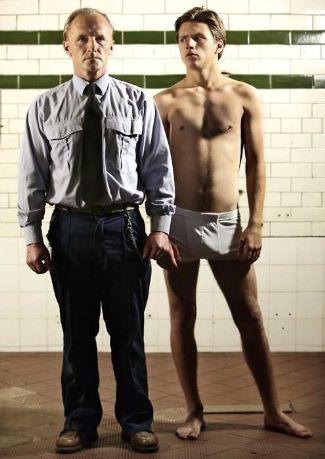 Harry also stripped to his boxer shorts in Flashbacks of a Fool as you can see in the pic below. 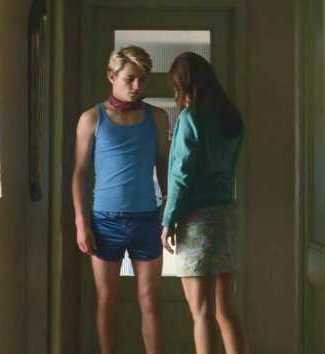 Is Harry Eden Gay or Straight? We don’t know. But our friends at gay-or-straight.com believe that he is quite straight. Here’s their gaydar score for the British actor:

Harry Eden gaydar: According to 20 visitors Harry Eden is 66% gay.However, the average gay-rating on gay-or-straight.com is 69%, which means Harry Eden is quite straight in comparison to other celebrities on this website.

Question: Does Harry Eden have a girlfriend? Seems like he does not have any girlfriend yet if we are to look at his IMDB profile and wiki page. But maybe he is keeping his relationship in private which he is very much entitled to.