Harrison Ford Shirtless and Underwear Photos. Who is the luckiest man in Hollywood? We believe its Harrison Ford. He has a career that started from as far back as 1966 and he’s still busy as a bee. His movies made a total of US$3.5 billion (specifically $3,561,614,650 for the nerds among us). He’s married to a hot quirky and younger girl in the person of Calista Flockhart. He is beloved by fans around the world. And he is the epitome of a male celebrity who is aging well and gracefully. Attention young Hollywood: if there is a celebrity you should model your life and career after, it should be Harrison Ford.

Now, since it is still “male celebrity underwear” and “shirtless hunks” week here at Famewatcher, we decided to do some kind of a retrospective of the shirtless and underwear photos of our Harrison. We think these are the best pics we came across.

A young Harrison Ford shirtless as Rick Deckard in the 1982 movie Blade Runner. Since he was born in 1942, he would have been 40 years old at the time of the movie. But he looks like he’s still in his 20s in the pic, no? 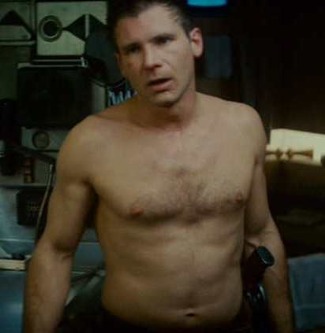 Portrait of a young Harrison in a pair of swimsuits. We don’t know when this was taken and he is posing in his banana hammock. If you know why, do tell us in the comments. 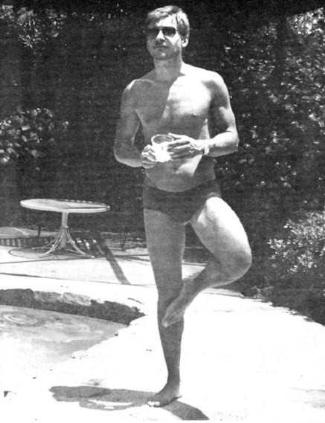 Harrison in his underwear. Does he remind you of Bradley Cooper? 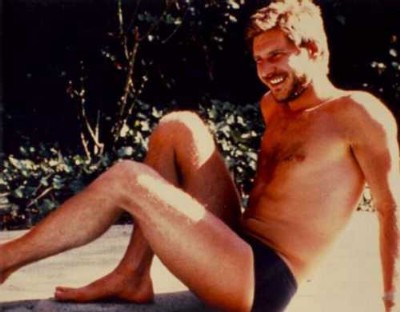 Another underwear/Speedo photo of our young hunk. 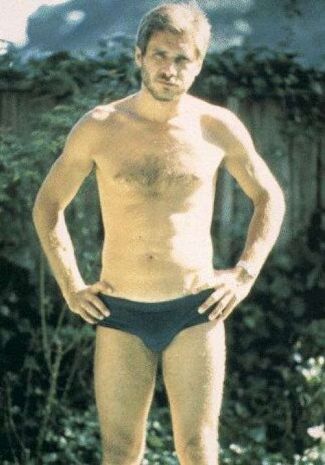 Harrison bares his chest in Indiana Jones and the Temple of Doom (1984). 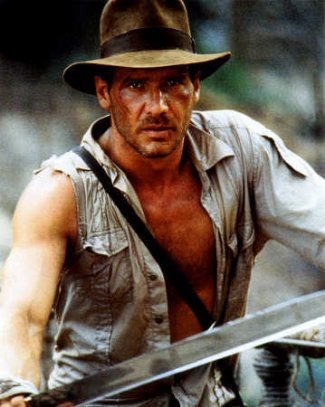 He totally loses the shirt in this scene with Temple co-star Kate Capshaw. [For more Indiana Jones, go check out these Indiana Jones Leather Jackets.] 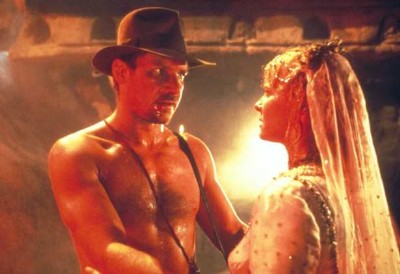 He also goes shirtless in this scene with Anne Heche, his leading lady in the 1998 movie Six Days and Seven Nights. 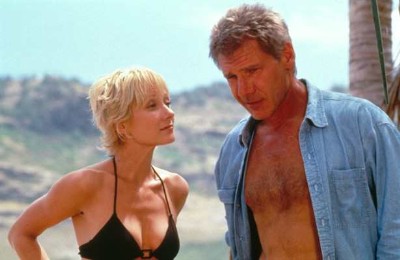 Hey look, Harrison Ford lost his pants! Based on the pic, we can settle the “does Harrison Ford wear boxers or briefs” debate with a definitive answer: Clearly he likes to wear briefs. 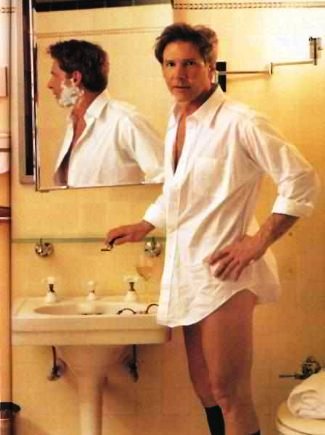 In 2000, Harrison paired off with Michelle Pfeiffer for the movie What Lies Beneath. Clearly our hairy American daddy is no Luddite, no? 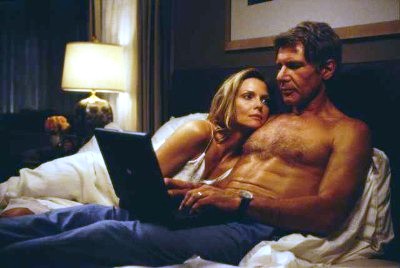 What is that woman doing to our Harrison’s chest? Isn’t it obvious that he is getting it waxed? But why oh why is he getting rid of something that totally defines him? Well, according to The Guardian, he is doing it to help raise awareness on the effect of deforestation on global warming. Apparently, one of Harrison’s advocacy is environmental protection and that kind of thing. 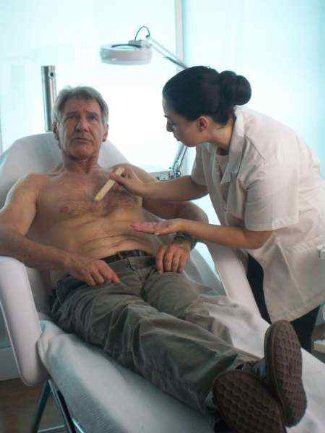 Our Harrison enjoys the beach with wife Calista. 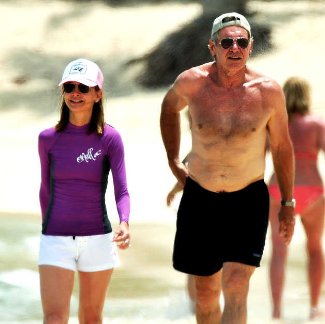 He sure is in great shape, no? Now, here’s another shirtless photo taken when the actor was much younger. 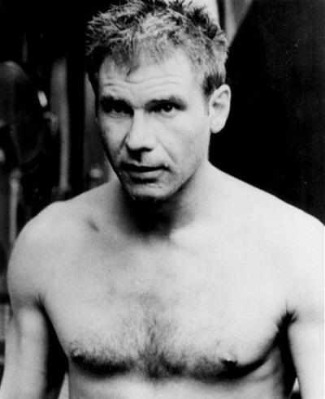 What in heaven’s name is Harrison doing in the pic below? 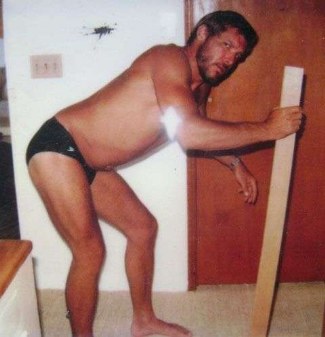 Let’s end this post with a 2006 cover photo of our talented actor on Vanity Fair Magazine Italy. 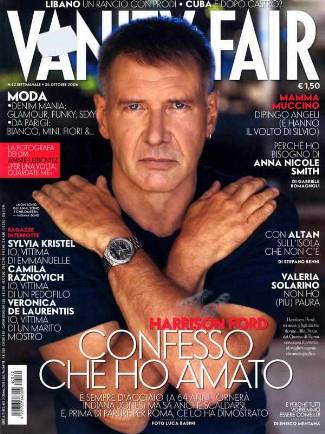 He sure is the embodiment of a hot older guy, isn’t he? Want more hot older male celebrities?