Hale Appleman Gay Magician (Update): Well, our Hale continues to excel in acting jobs where he spends some Netflix and chill time with boys. Currently, he plays the role of the gay magician Eliot Waugh on the Syfy channel’s The Magicians. Here’s Hale going kissy-kissy with co-star Jesse Luken. [Update: Sorry, we had to delete the photos.]

And here’s another one where our Hale going huggy huggy with another co-star, Jason Ralph. 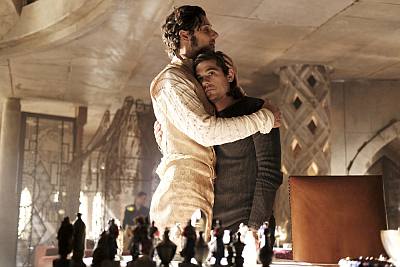 Hale Appleman Girlfriend (or Boyfriend?). Is he dating anyone at the moment? Is he single or married? Does he have a girlfriend or, if he is gay, a boyfriend? Well, according to whosdatedwho.com, Hale is “possibly single”. We will update this post once we find out more about Hale’s relationship status.

Hale Appleman Shirtless, Underwear, Is He Gay in Real Life? (15 March 2013). Is Hale Appleman gay in real life or does he have a girlfriend? Well, according to the denizens of gay-or-straight.com, the 26-year-old American actor is only 60% gay which is below the average score of 69% before you are considered by said site to be gay. The internets has spoken. Sorry people who want our Hale to be a friend of Dorothy.

But Hale, who most recently starred as Zach in the NBC musical drama Smash, apparently does not mind appearing in gay-oriented films such as the 2008 movie, Pedro, about the life and work of AIDS activist and reality star (The Real World: San Francisco) Pedro Zamora. Nope, Hale did not play Pedro but he played Judd Winick who was friends with Pedro. Here’s Hale Appleman as Judd Winick: 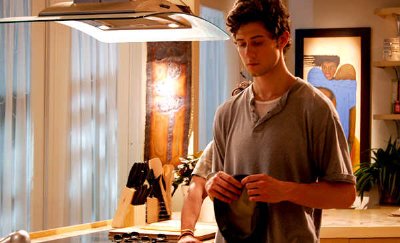 Now, our friend Kevin would not be babbling (and babbling and babbling) about Hale if the curly-haired actor did not star in the the 2011 movie, Private Romeo. What made our Kevin blab about Hale and his movie?

Well, here’s what the movie is about (via IMDB): “Shakespeare’s original lines from Romeo & Juliet are almost exclusively spoken in a military academy setting of his tale at which gay love blooms between two cadets.”

Love between two male cadets? Is it a military version of Brokeback Mountain? If that is not worth babbling about, we don’t know what is. In the movie, our Hale pairs up with Seth Numrich as the other lover boy.

Anyhoo, another movie which made our friend Kevin take notice of Hale is the 2007 horror comedy film, Teeth, where our talented young man gets to wear a pair of green boxers underwear. 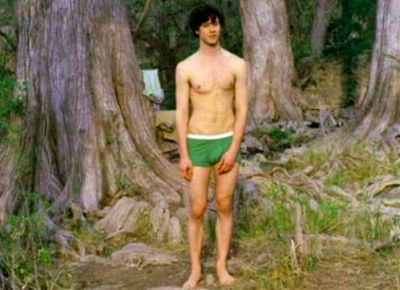 Is green underwear cool or what? If you are the kind of guy who only buys boring white or black underwear, its about time you get yourself a green boxer briefs to add color to your underwear closet.

So here’s another pic of Hale Appleman shirtless in his underwear. 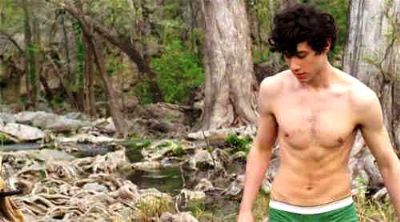 Oh, by the way, on whether Hale has a girlfriend, our friends at whosdatedwho.com does not list any. Maybe he still hasn’t found the right girl?