Guys in the Shower (Summer Edition): Actors, Models, Athletes, Other Hot Guys. Who says you can’t take a shower while wearing your jeans? Certainly not this guy who looks every inch a Greek God while he cools and cleans himself under the shower. Any idea on what his name is? We sure want to see more of him but we have no clue on what to google because “guy with abs in the shower while wearing jeans” is not returning any relevant result. Hehe. 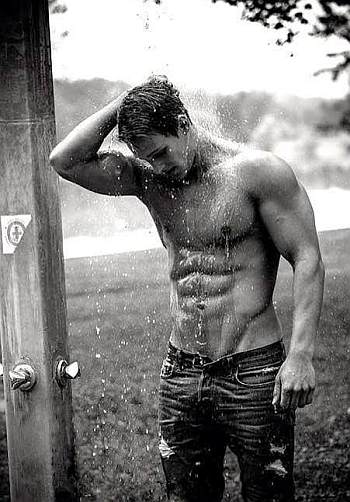 Next in our list of guys in the shower is Korean singer and actor Lee Seung Gi who caught our attention when we saw a pic of him in a military uniform. We thought he was an ordinary soldier but we soon found out that all Korean men have to serve in the military which he did in 2016/2017. 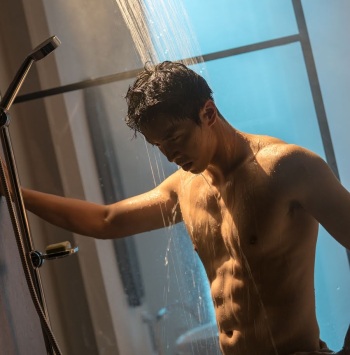 How cute was Rob Lowe when he was younger? Damn! 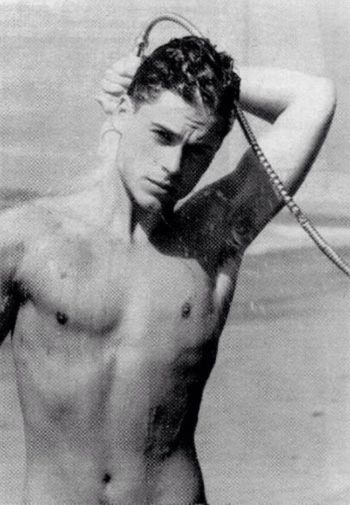 How tall is this Calvin Klein male model? Looks like he is just a few inches down the shower head, no? 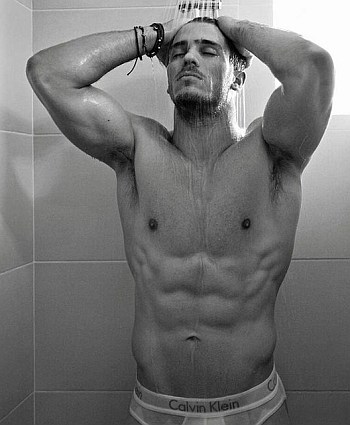 Aaron O’Connell takes off his Diesel underwear in this photo by Bruce Webber. You can read more about him in a post we wrote back in 2015: Aaron O’Connell. 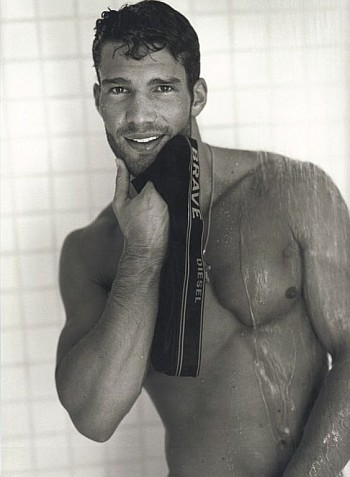 Who is A-List model David Gandy looking at? 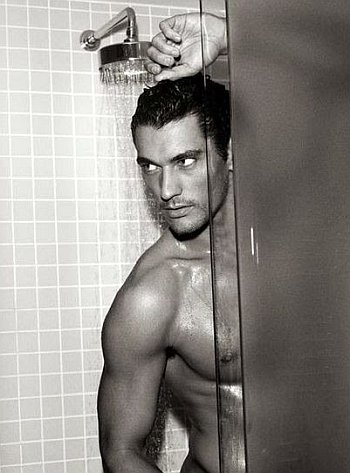 Aussie singer and actor Dean Geyer, who we first encountered as Brody Weston on Glee, gets drenched with his shirt and all. 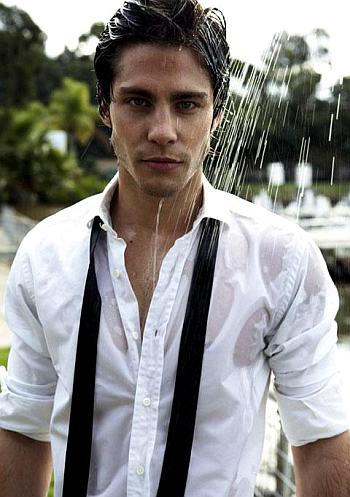 Gilles Marini of Dancing With the Star fame produces an annual calendar which features his hunkiness in various states of undress. Here’s Gilles as Mr. August. Question: Is he really under the shower or is he just playing with water in a pool? 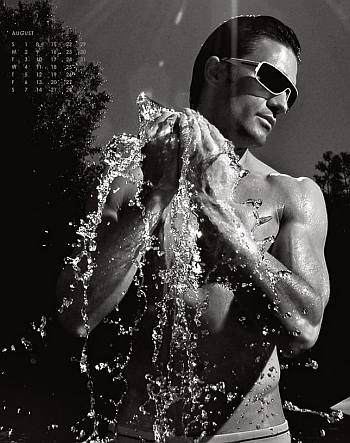 Looks like Brazilian actor Marcos Pitombo’s shower can accommodate another one, no? We’d join him in a heartbeat but we’d have to buy a ticket to Brazil. 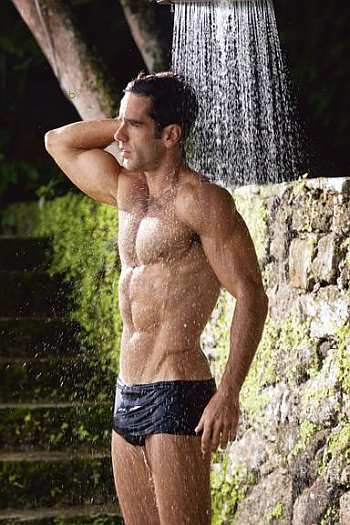 Our next guy in the shower is Andrea Turturici who is Italian and an athlete. We hope we can tell you more about him but that’s the only info we have. Sorry. 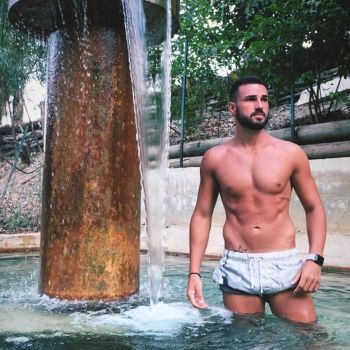 Renato Prono is a Paraguayan swimmer who represented his country in the 2017 and 2019 World Aquatics Championships. 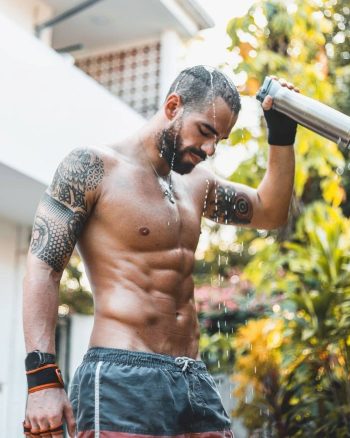 Leo Baptistao is a football star from Brazil who currently plays for Santos FC. 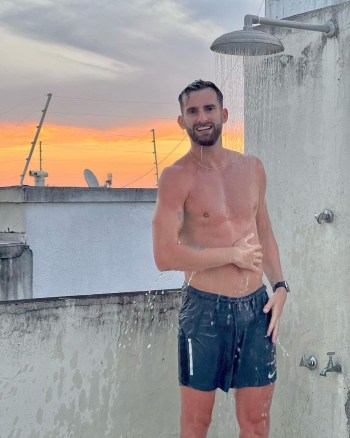 Giacomo Volpe is an Italian footballer who plays as a goalkeeper for Serie C Group C club Foggia. 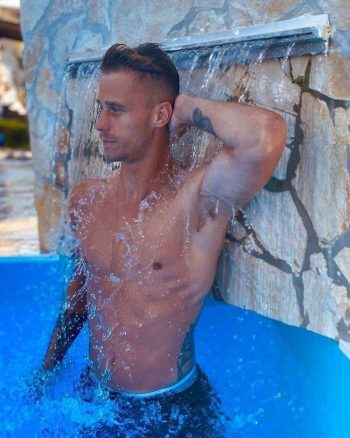 Last but not the least in our list of Hot Guys in the Shower is Felice Simonetti who is a football player from Italy. 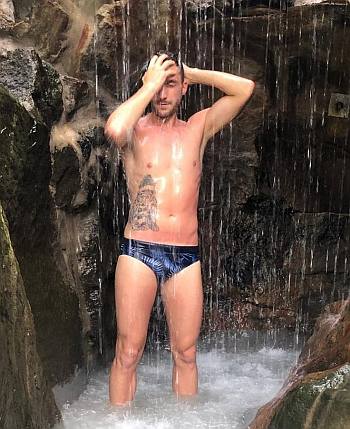