Hot Guys in Police Uniform: Real Cops and Celebrities. Over a decade later, we are updating this post about hot guys in police uniform and, unlike our previous posts which featured celebrities playing cops, these men are real police officers.

First, check out this guy from the San Antonio Police Department in Texas. Unfortunately, we do not know his name but he is posing for a 2016 Hot Cops Calendar project undertaken by their PD to raise funds for victims of Hurricane Harvey. Want more hot men in uniform? 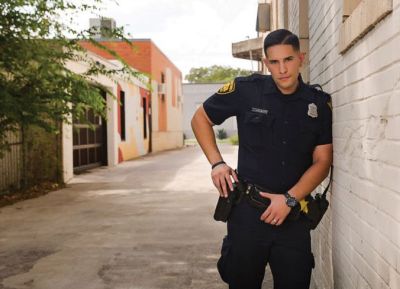 Next up is Brazilian hottie Guilherme Leao who made headlines a few years ago when a passenger in the Sao Paulo metro spotted him on duty and secretly took his photo then shared it to the internets. 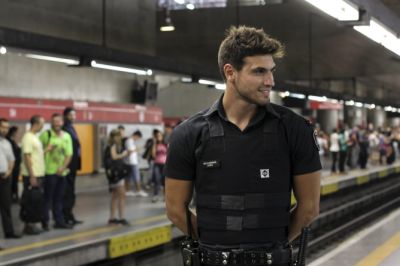 The rest, they say, is history: people fell in love with Guilherme including two or three of your Famewatchers (Deena is the holdout but she ain’t really into cops). But here’s another pic of the Brazilian hunk. 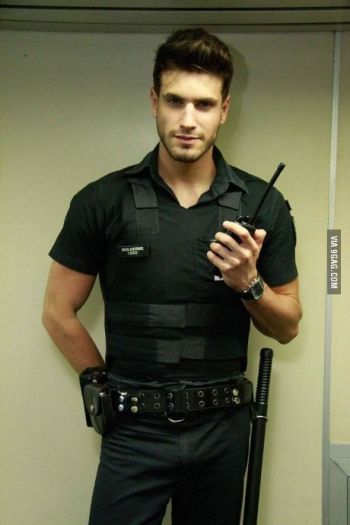 Another hot cop who became an internet boyfriend is Daniel Rengering of the Gainesville Police Department in Florida. He rose to fame in 2017 while helping out victims of Hurricane Irma. He was cast in the CBS reality show Survivor where he made it to the jury. 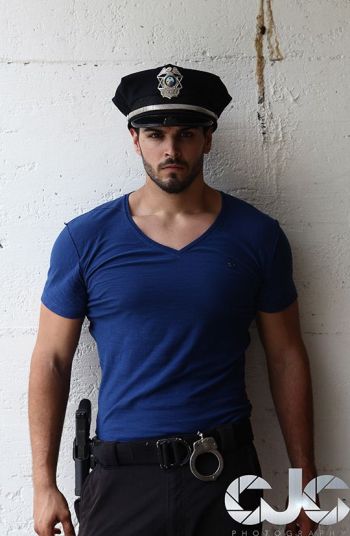 San Francisco cop Christopher Kohrs was also an internet darling as the “Hot Cop of the Castro” until he figured in a hit-and-run incident that injured two men in 2015. He was found guilty and was sentenced to nine months in jail as well as paying restitution for his victims. 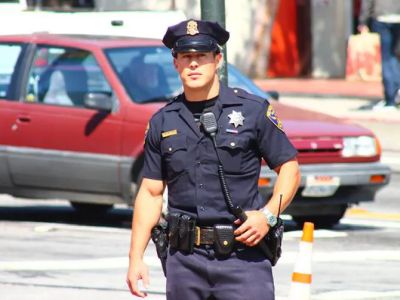 …..
Hot Guys in Police Uniform: Tom Lennon in Reno 911 (posted 18 January 2010). We were watching Craig Ferguson’s Late Late Show several nights ago when he had this guy, Tom Lennon, as a guest. We actually never heard of Tom but he is hilarious. Apparently, he is a police officer in a comedy show called, Reno 911 a show which we vowed to check out because this guy is real funny. Fake mustache and short shorts, what’s not to like? 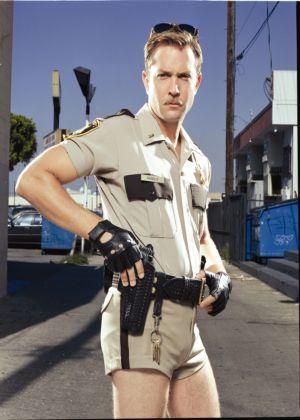 Anyhoo, here are some photos of Tom in his khaki police uniform. 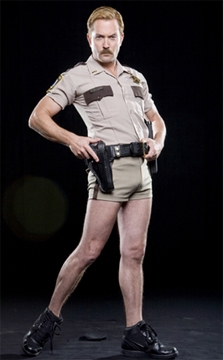 Want to read more? Check out our previous posts on men in uniform or check out these guys in short shorts. 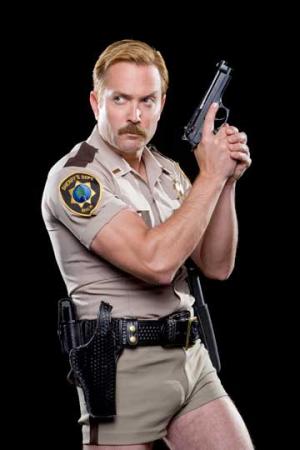 …..
Hot Men in NYC Police Uniform: The Other Guys Movie (07 August 2010). You think only George Clooney, Ice Cube, and Mark Wahlberg look good in uniform [see them in our post on Celebrities in Camo Pants]? Of course not! Michael Keaton, Damon Wayans Jr., and Rob Riggle look great in uniform too. However, whether Michael and company’s movie The Other Guys is going to be as fun to watch as George and company’s Three Kings is the question that remains to be answered. 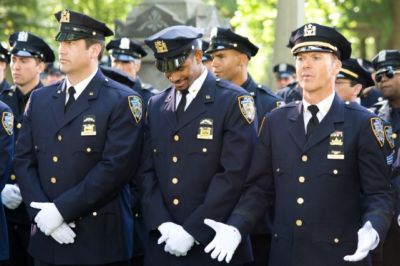 But we will have the answer soon because The Other Guys – a movie about two New York City detectives – is opening this weekend. We are so waiting for the Review of The Other Guys before we decide whether we will go watch it or not.