Guy Ritchie Girlfriend List: Who is He Dating? Remember the girl in the Guy Ritchie Debenham pajamas photo? We didn’t mention her name earlier but, now that Guy has introduced her to the world as his newest girlfriend, we should know more about her, right? 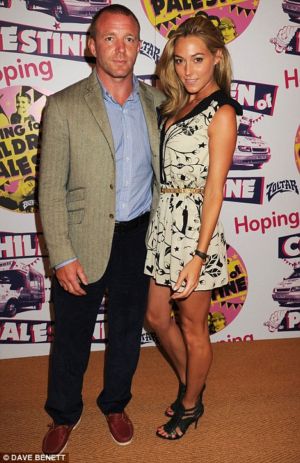 The girl is Jacqui Ainsley. She’s a female model. She is Guy Ritchie’s new squeeze. And she is much much younger than Guy’s ex aka the trying to be young Madonna (who reportedly underwear some sclerotherapy to hide her veins).

Anyhoo, here’s another pic of Guy and Jacqui: 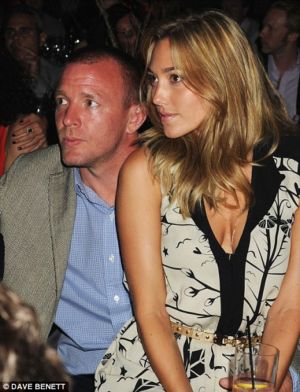 All together now let’s sing: “Guy and Jacqui, sitting on a tree….” 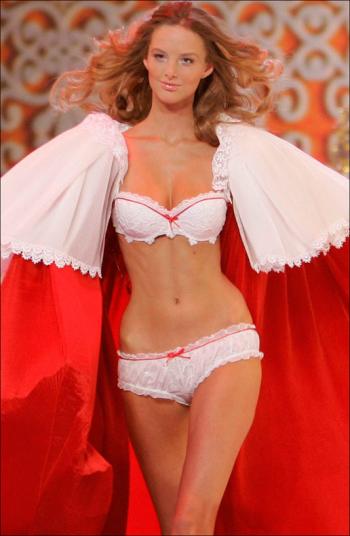 She looks like a doll, no? And a big step up from the trying-to-be-young Madonna. Guy and Michaela reportedly met when he directed a perfume ad that she starred in.

New Guy Ritchie Girlfriend: Mellany Gandara? (09 August 2009). It looks like British director Guy Ritchie has moved on after his break-up with the trying-too-hard-to-be-young Madonna because he reportedly got a girlfriend. And who is the lucky girl? It’s Iron Man starlet Mellany Gandara. 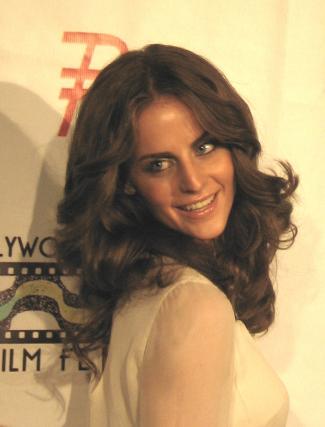 The Daily Mirror is reporting that the two had a dinner date and that she spent the night at his place. 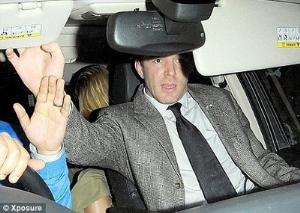 Number 31 is too far down the ladder so it’s unlikely she’ll ever ascend to the throne but stranger things have happened, right? 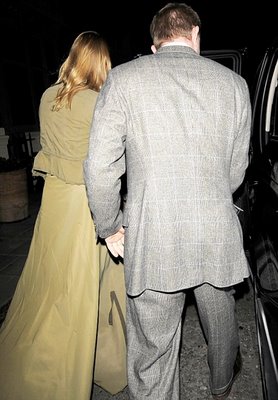 Guy Ritchie and Petrina Khashoggi: Lovers? (29 March 2009). Ahh, the dating life of Guy Ritchie. First it was reported that he is dating Lauren Meek. Then there’s a follow up report that he is actually seeing Jemima Khan. Now, we have reports that Guy’s squeeze is really Pertina Khashoggi, the daughter of billionaire arms broker Adnan Khashoggi. Eh Guy, we like you better than Madonna but will you make up your mind already! 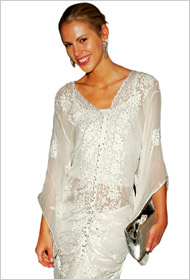 Guy Ritchie and Jemima Khan: Dating, Lovers or Just Sitting on a Tree? (09 March 2009). Looks like the rumor that Guy Ritchie is playing beautiful music with Laureen Meek isn’t true after all because he is reportedly seeing Jemima Khan aka Hugh Grant’s ex.

According to a source: “They’re taking things slowly as Guy doesn’t want to throw himself back into the dating world so soon after splitting with his wife. The whole incident really shook him up more than people think and Jemima has been there to comfort him — they’ve become very good friends because of it. But everyone can see there’s clearly a connection between them and I don’t think anyone would be surprised if they take things on to the next level.”

Good luck to these two lovebirds. Truth be told, we think they are more fit for each other than their previous partners.

Lauren Meek and Guy Ritchie: Friends With Benefits?. Did we tell you that we are rooting for Guy Ritchie rather than Madonna? Yes we do. In her quest for eternal youth, Madonna is becoming the female version of Michael Jackson so we are starting to dislike her already. Anyways, its good that Guy has found himself a friend (with benefits?), Lauren Meek, as he navigates life after Madonna. 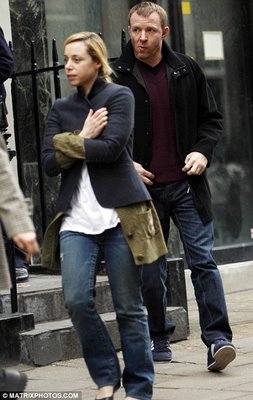 Guy Ritchie Girlfriend List: Who is He Dating? Posted in British Celebrities.