Gregg Sulkin Shirtless, Underwear, Girlfriend. Oh my, our former British teen star has grown up to become a lovely young man. Not that that’s surprising but kudos to him for establishing a foothold in a fickle industry such as show business. To date, the actor has 35 acting credits to his name the most recent of which would be Runaways which streamed on Hulu.

Not surprisingly, our good-lookin’ actor is into modeling as you can see in these photos for Flaunt Magazine. 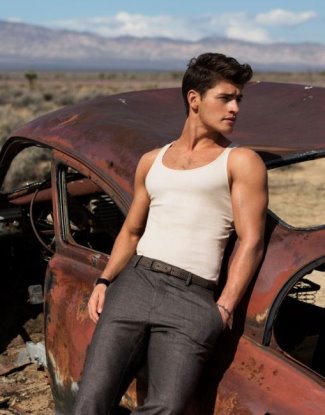 He sure has something to flaunt about, that’s for sure. And we give him props for living by the “if you’ve got it, flaunt it” motto. 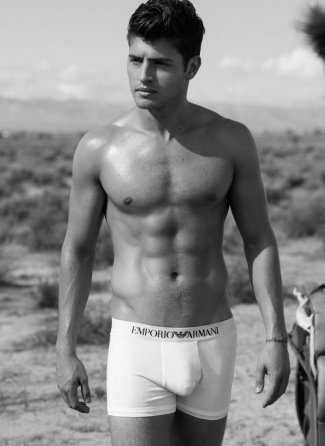 Want more British hunks? Or would you rather check out these male celebrity underwear? 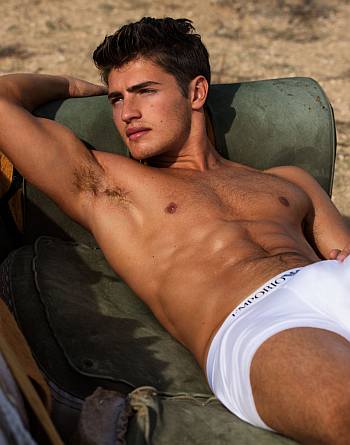 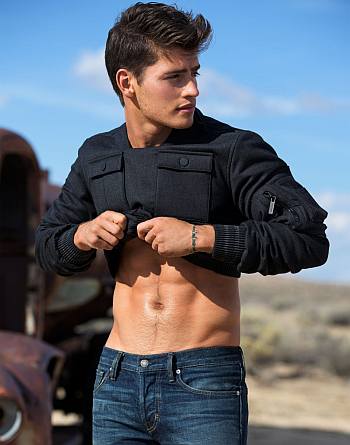 For those who are wondering, Gregg is currently in a relationship with actress Michelle Randolph. Here’s the two attending a red carpet event. 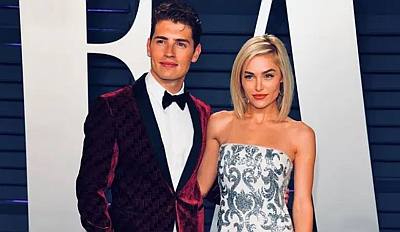 …..
Gregg Sulkin Shirtless Photos (16 July 2014). It’s been three years since we wrote this post on then teen-star Gregg Sulkin and, boy, has he grown up to be a gorgeous, gorgeous young man. What do we love about him? Well, since we are big fans of shirtless male celebrities, we love the fact that he likes to take his shirt off (as you can see in the photo above with David Henrie) and that he shares shirtless pics with his fans. Hehe. 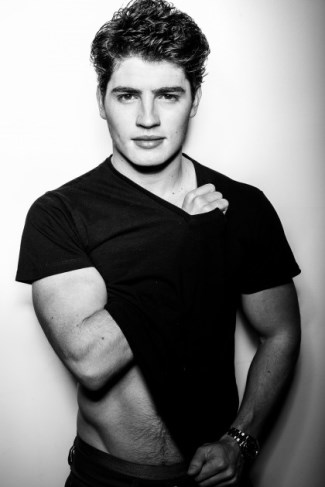 Oh we also love his… what do you call that hair above the waist? Abs hair? Hmmm. We forgot what you call that but they’re pretty hot on guys. 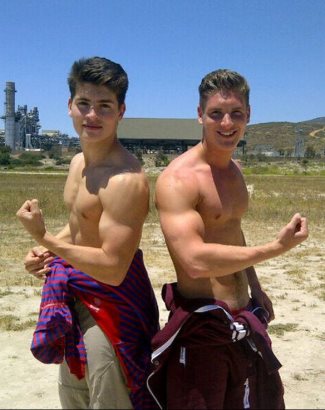 Update: Our friend Kevin reminded us that its called snail trail. Urban Dictionary says you can also call it “happy trail” or “treasure trail” or “stairway to heaven” or “garden path”. We understand “stairway to heaven” but we don’t get why you would call it “garden path”? Anyhoo, here are more shirtless photos of Gregg with some male co-stars on Wizards of Waverly Place. 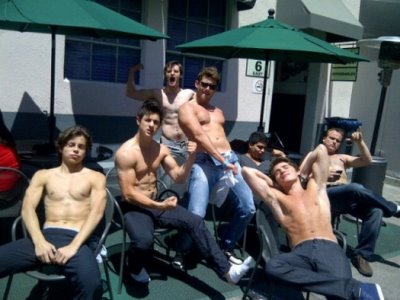 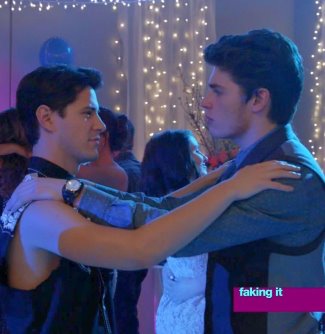 Does Gregg Sulkin Have a Girlfriend? What is his relationship status? He is single and, according to disneydreaming.com, is looking for a suitable girl. In the past, he’s dated Debby Ryan, Miley Cyrus, Pixie Lott, Britt Robertson, and Samantha Boscarino.

Gregg in a swimsuit with a bearded guy. Who is he? 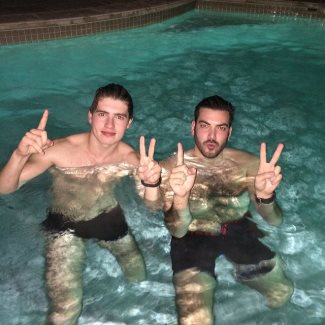 …..
Gregg Sulkin is the New Zac? (27 January 2011). Is 18-year-old cutie Gregg Sulkin the next Zac Efron? We sure hope so! He’s cute, he’s British and is thus blessed with an accent that Hollywood loves, he plays football (the real one, not the American version), and he’s got great hair. Hehe. 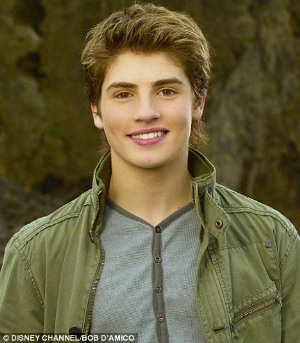 Anyhoo, Greg beat all pretenders to bag the male lead role in Avalon High, a Disney TV-movie about a girl who discovers that “her new classmates are reincarnations of King Arthur and his court”. Still photos of the movie below. 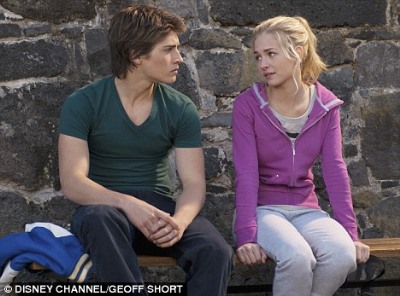 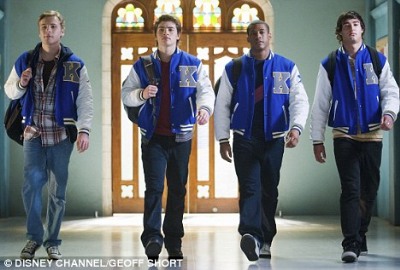 Hey, didn’t we tell you Gregg’s got great hair? 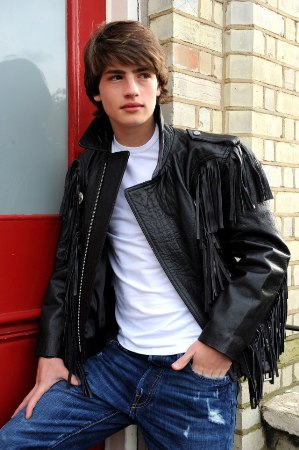