Grant Gustin Shirtless Photos – CW’s Flash Superhero. How do you know you made it big in Hollywood? A good sign would be when you are the lead of a TV series and the series becomes a hit. Stephen Amell made it when he was cast as Oliver Queen in The CW’s Arrow and when the show became a hit. Our favorite Amell, Robbie Amell, didn’t quite make it because even though he was the lead in The Tomorrow People the show didn’t generate ratings that are good enough to be renewed for a second season. This does not mean, of course, that our Robbie will not eventually make it big in Hollywood. It just means that he will have to find another vehicle.

Now what will be the fate of Grant Gustin (aka Sebastian Smythe in Glee), will he make it big? We will find out come October because he will be the main man in the newest superhero series on The CW, The Flash. If the series is a ratings hit, Grant will move from Sebastian the gay singer to Barry Allen the policeman-turned-superhero. Because we like the guy, we’re keeping our fingers crossed that his show will be up there in the ratings. 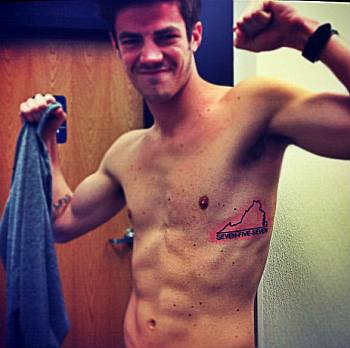 Grant Gustin Underwear Photos. Want some Grant Gustin underwear photos? Check out these still photos from his Lifetime Movie, A Mother’s Nightmare. [Sorry, we had to delete the screencaps referred to in this section.]

Do you think he wears boxer shorts in real life as he does in this scenes? Nah! We think he is a briefs (if not a boxer briefs) kind of guy. How does a likeable handsome young man make himself even more likeable? Go shirtless and carry a dog, that’s how? 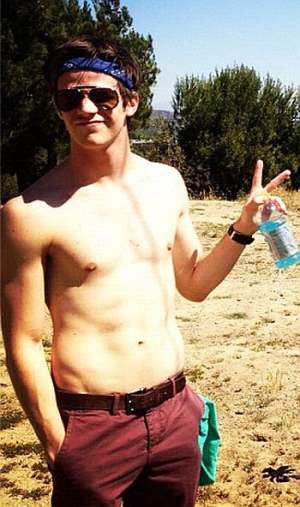 Is Grant Gay, Straight, or Bisexual? He first became famous by playing a gay high school student, is he gay in real life? He is straight.

Here’s what he said about the matter during an interview with redeyechicago.com: “Nobody has ever asked me. I am not gay in real life. I don’t know if I’m supposed to elaborate more on that. Well, people just kind of assume that I am for multiple reasons. I come from a musical theater background, and there’s kind of an assumption about that. And I’m playing a gay character, so people just kind of assume. … People have assumed my entire life. I don’t even think about it any more.”

He reveals that he was bullied in school so he understands the things that gay kids go through when they are gay-bashed (via zapit.com): “I was a theater kid. I tap danced when I was in middle school. I played sports and I tap danced, but I was different than the other guys when I was in school. I didn’t hang out with them. I didn’t do the sports thing. I was ‘gay-bashed’ when I was in school even though, you know, I’m not. I’m a straight guy that just happens to be what I do. So, it’s easily relatable to me. It was awful. It’s a hard time in a kid’s life.”

He adds on how he coped with the bullying: “I just listened to the song ‘Creep’ today by Radiohead and it makes me think about it. We have a generation right now where people are deciding it’s okay to be themselves, and there’s still some people out there that are scared of it. We’re coming into an era where I think it’s going to be, whatever it is, it’s going to be more accepted.”

Okay, that’s it for now Famewatchers. What do you think of Grant Gustin, his love for shirtlessness, and his starring role as a superhero? Sound out it in the comments.

Grant Gustin Wife Andrea Thoma (29 February 2020 Update): Awwww. Apparently, our Grant is a married man now. He tied the knot back in December 2018 with Andrea Thoma, a doctor of physical therapy. Andrea is part-Malaysian as her mom is from the Kadazan indigenous peoples of Borneo. The couple had a Kadazan wedding to honor her heritage: 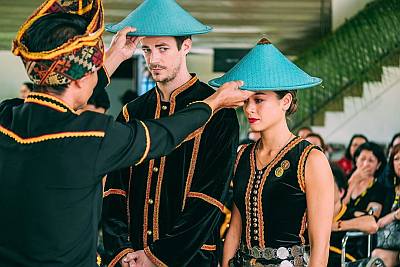 Awww, they sure look good together, don’t they? 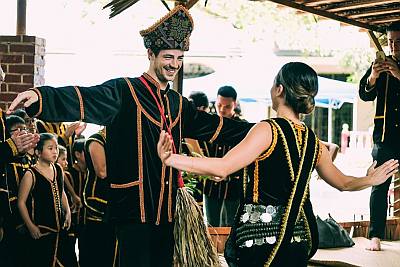 They also had a traditional wedding. 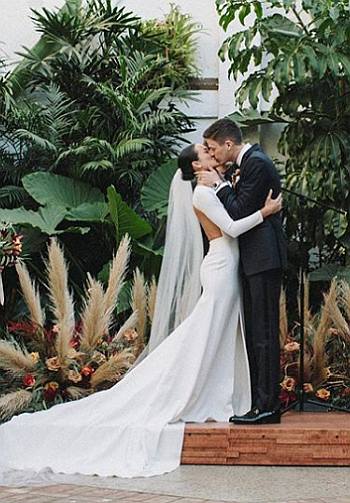 Greeting their guests after their ceremony. 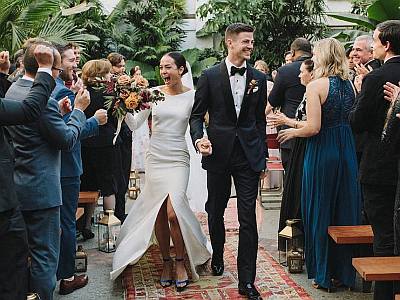 How cute are these two together? 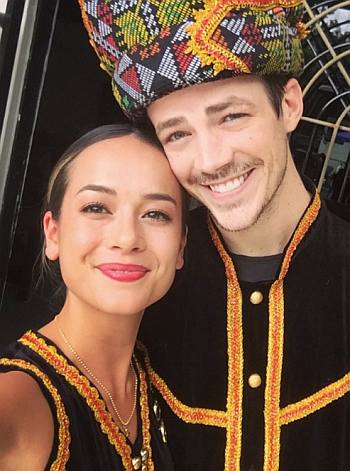