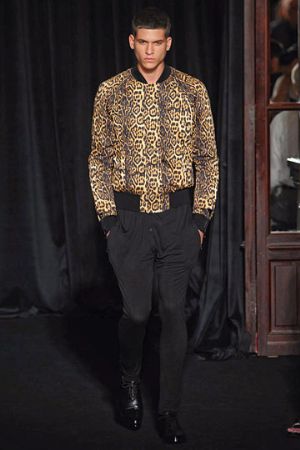 What do you think of these leopard print clothes for men by Givenchy? They’re very tricky outfits to be sure. Not all men can rock them. These outfits can either increase your manliness by 1000 times. Like this one. He may be wearing a skirt but he’s totally hawt. 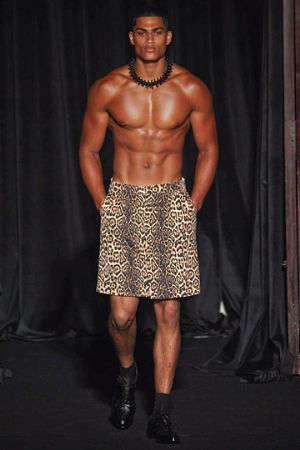 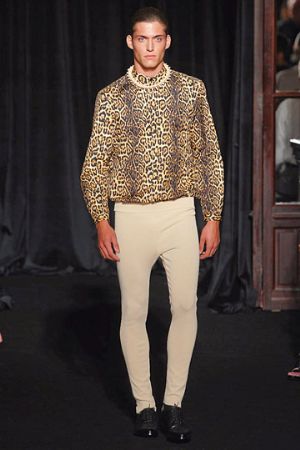 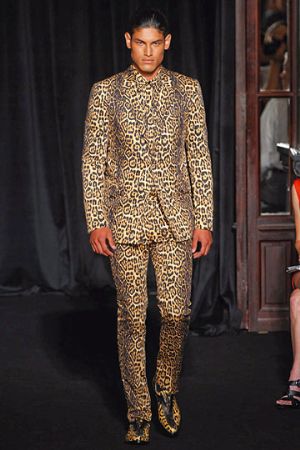 This coat can be a good addition to your coat collection. 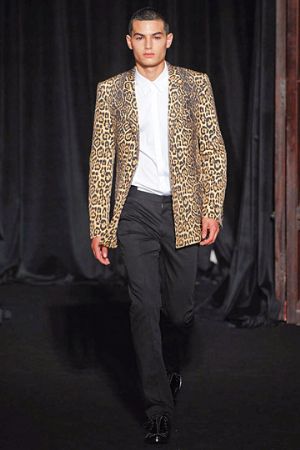 Color us surprised. We never thought male celebrities will love them some Givenchy leopard print outfits but apparently they do. Take for instance, Garrett Hedlund. 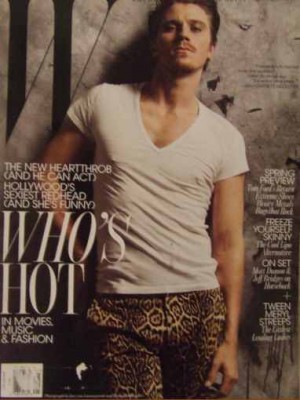 Surely, we’re not the only ones who were delighted to see the Tron Legacy star in this Givenchy Spring 2011 Menswear Leopard Print Pants, no? Nice choice, Garrett, really really nice.

Then here’s Kanye West looking cool in his Givenchy Gabardine Leopard Bomber Jacket which is also from the label’s Spring/Summer 2011 Menswear Collection. 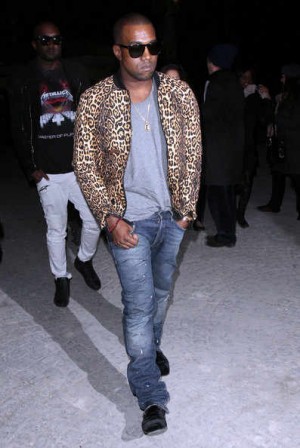 Admittedly, we’re not really surprised to see Kanye West wearing this jacket. After all, he ain’t no male fashionista for nothing.

Neither are we surprised that Brad Goreski is wearing the same jacket as Kanye’s. Like Kanye, Brad also lives and breathes men’s fashion. 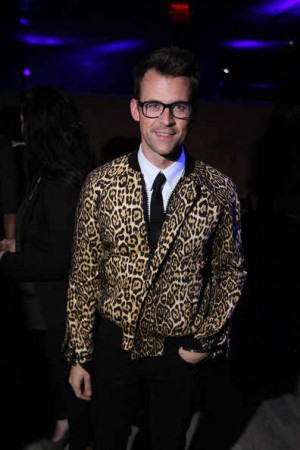 Okay, so we’re not surprised that Kanye and Brad were spotted wearing leopard prints. But we’re totally surprised with Garrett Hedlund. But then again, there’s really no surprise there because he’s doing it for a photoshoot right? It would be another matter if Garrett was seen wearing a pair of leopard print trousers while strolling on the streets of Hollywood. Should that happen, it would mean that there’s maybe a mainstream market for leopard print outfits for men. You agree, right?