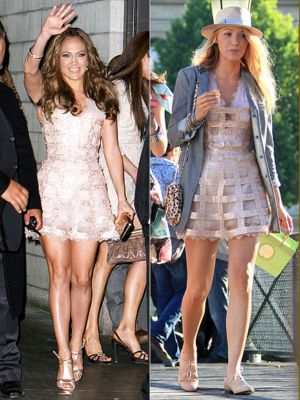 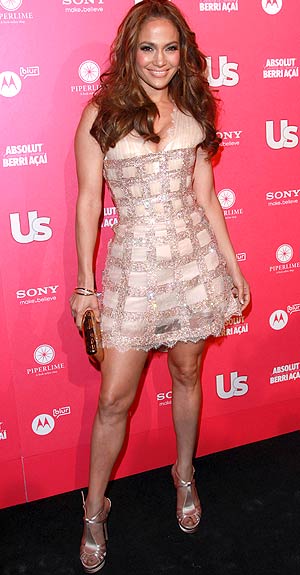 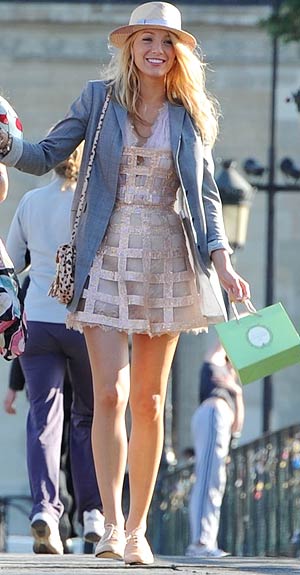 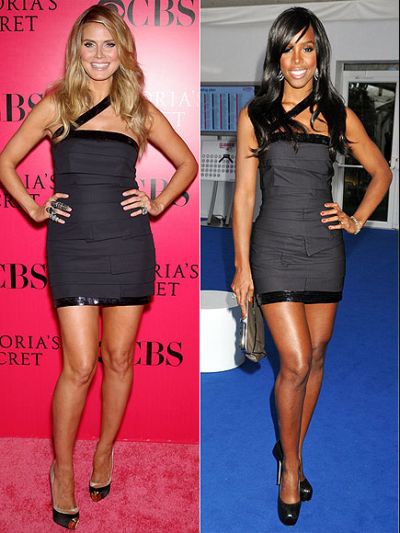 What do you think of Roberto Cavalli’s mummy-inspired mini-dress? Pretty interesting, isn’t it? Well, to be honest, we actually like it. It’s an attention grabber but yet its simple and elegant. It’s proof that designers can come up with outfits that can grab peoples’ attention without having to go over-the-top.

We gotta go with Heidi on this one. Why? Because she fills up the dress better. Kelly needs to put on some weight because she’s looking thin in the picture.

Reader Feedback: sorry but I have to disagree I think Kelly’s figure suits the dress more, she actually has a sexier line of curve which flatters the dress. They both carry it well but it has to be kelly in my opinion

If the most important (or most often asked) question in men’s fashion choices is “boxers or briefs?” we think the most important question in women’s fashion should be “Which do you prefer? A mini dress or a maxi dress?” As you can see in these two pictures, reality-TV star Kelly Bensimon apparently loves her her mini dress while English model turned actress Elizabeth Hurley prefers a leg-revealing maxi dress. What about you? Are you a mini girl or a maxi girl?

Who’s rocking her dress? Kelly in her mini? 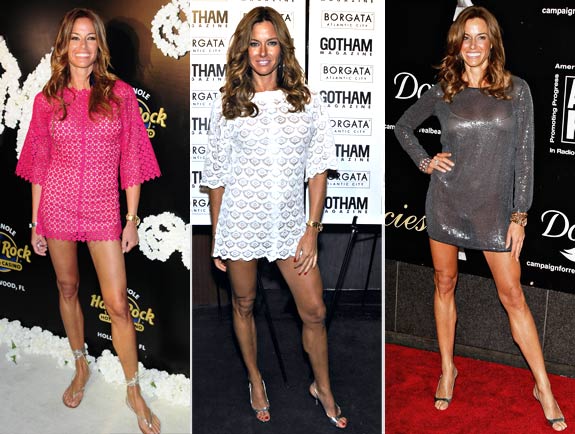 Or Liz in her maxi long dress? 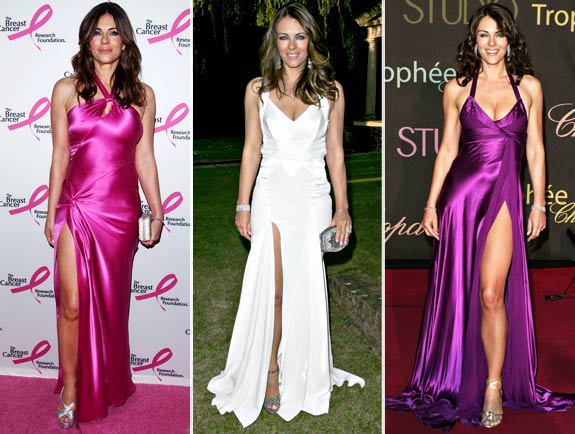 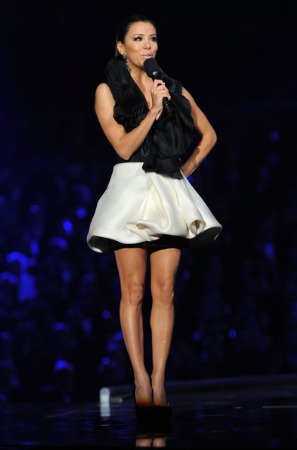 Eva Longoria’s black and white Ashi dress during the recent Grammy Awards make her look like a five-year-old girl playing dress-up. It’s not working, Eva. You should fire your stylist for this abomination and replace him/her with whoever styled Hayley Williams who made her bloom in this Jeremy Scott dress.

Eva with Bruno Mars who bagged two Grammy Awards this year one of which is for Best Male Pop Vocal Performance (beating our favorite American Idol alumni, Adam Lambert). 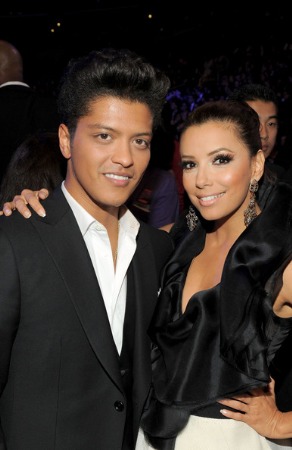 For a while there, we thought this was Kim Kardashian. 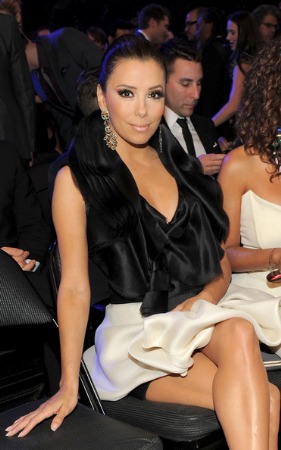