Girls Kilt Fashion List. Of course, kilts ain’t just for men [see: Hot Men in Kilt]. The world famous Scottish attire look great and fabulous on girls and women too. Which is why we made this list of seven fabulous girls and women rocking their kilt.

We start our girls kilt fashion list with Cherry Campbell who plays the role of Katie Morag on the BBC adaptation of the Katie Morag books by Mairi Hedderwick. Oh to be young again with no worries in the world. 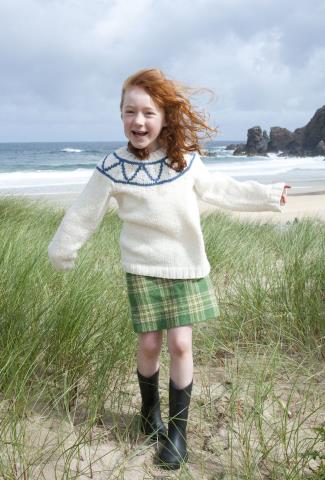 Second in our list of fabulous girls wearing kilt is model Ireland Baldwin who did this photoshoot for DuJour magazine. 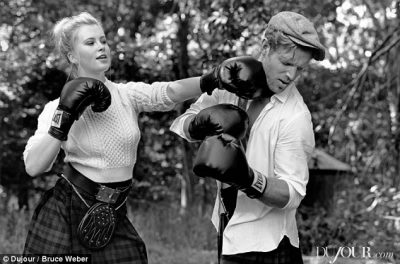 Not surprisingly, royals love them their kilts too. For instance, check out Prince Charles and the Duchess of Cornwall rocking their kilts. 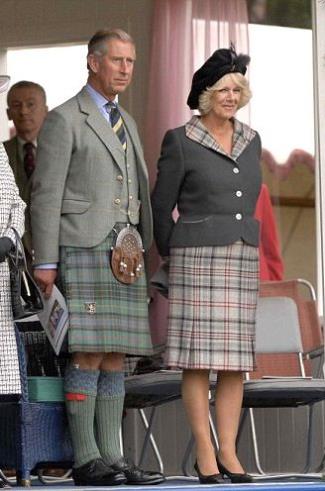 Our fourth famous female celebrity who was spotted wearing a kilt skirt is one of the big names in fashion. We are, of course, talking about Victoria Beckham. 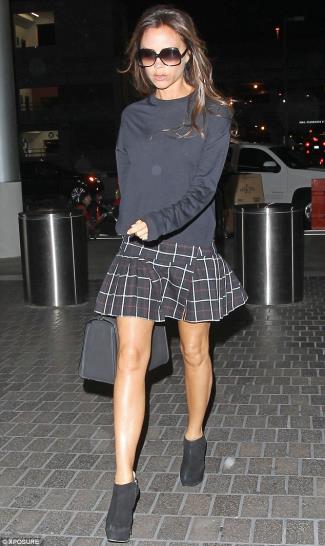 She looks fabulous in her kilt mini-skirt, doesn’t she. Hey, come to think of it, have you ever seen Victoria’s better half – David Beckham – wearing a kilt? Seems like he has not done it so far, no? A Google search turns out no results. Maybe Victoria should include this in her to-do list: make David wear a kilt.

Sorry, we got distracted there. But let’s go back to back to our list of female celebrities wearing kilts, shall we?

Fifth in the list is Made in Chelsea star Kimberly Garner who was spotted wearing this Burberry kilt for women. 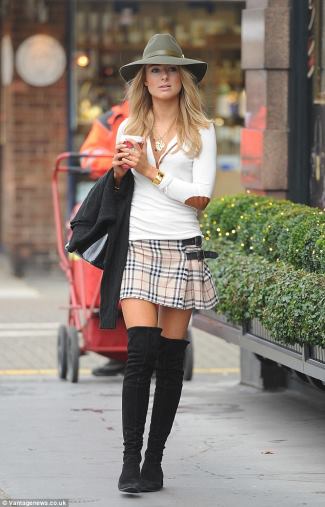 Who has the better kilt? Kimberly in the pic above or fellow reality star Charlotte Crosby in the next photo below? Well, tell us in the comments. Charlotte, by the way, is a cast member of the MTV reality show Geordie Shore. 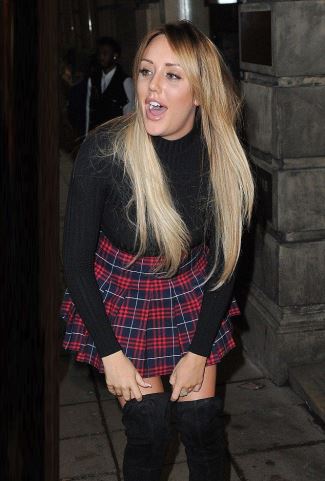 Finally, we came to the seventh girl in our list of famous girls wearing kilts. It’s model and TV presenter Tara Palmer Tomkinson. Who says girls can go toe to toe with Samuel L. Jackson, who is known as the most badass man in the world? 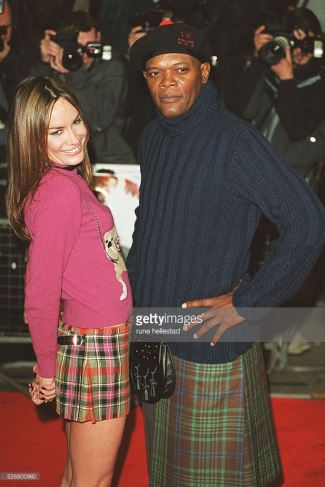