We begin with the models because they are wearing the latest men’s suits from the current Armani menswear collection. First, here’s Austrian male model Michael Gstoettner looking cool in his suit from the Fall/Winter Armani Menswear Collection. 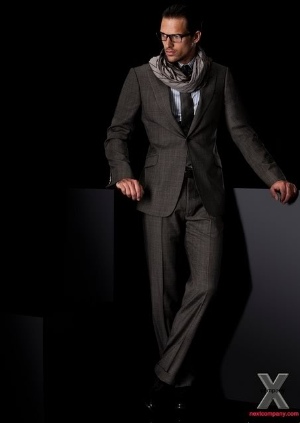 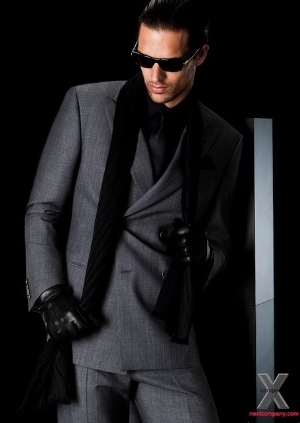 And here’s another male model who rocks his Armani suit: Janice Fronimakis from Greece. The suit is from the Giorgio Armani’s Fall|Winter 2010-11 Collection 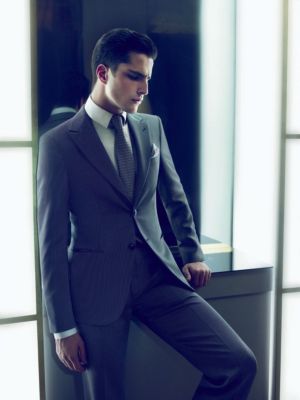 Of course, as we stated above, male models are not the only one’s who got them their Armani suits. Here’s basketball great Kobe Bryant in a Giorgio Armani Wool Suit he wore during a photo-shoot for GQ Magazine. You rock, Kobe! 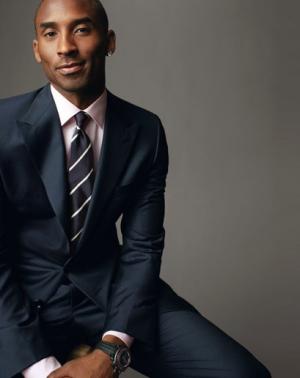 Meantime, our favorite football player Frank Lampard is also looking good in his three-piece suit and tie ensemble. He sure is hawt, isn’t he? By the by, here’s some important tidbit we just discovered about Frank: He’s got a freaking IQ of 150 which is high enough to qualify him for the freaking MENSA. Darn. We should be jealous of this guy, no? He’s got practically everything: a hot BFF in John Terry, oodles of money, a sexy body, and a high IQ. 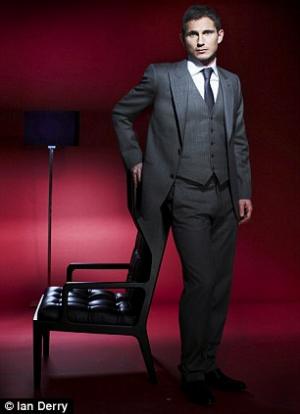 Now, its time to focus on actors in their Armani clothes. First, here’s the up and coming Xavier Samuel of Twilight fame in his Armani Exchange suit. 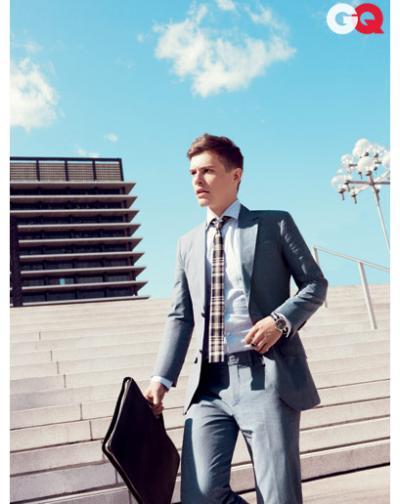 Xavier is rocking the “formal look” in this greyish classic men’s suit from A|X Armani Exchange. How much would it cost you should you go for this look? GQ reports that you can buy this suit at US$263 – the suit jacket is worth $175 and the pair of pants can be bought at $88. So its cheaper than the Tallia Orange retailed at US$ 395 or the J Crew suit at US$ 366.

Incidentally, GQ Magazine has named the Armani Exchange suit as one of the best suits for summer. So let’s take a closer look at it, shall we? 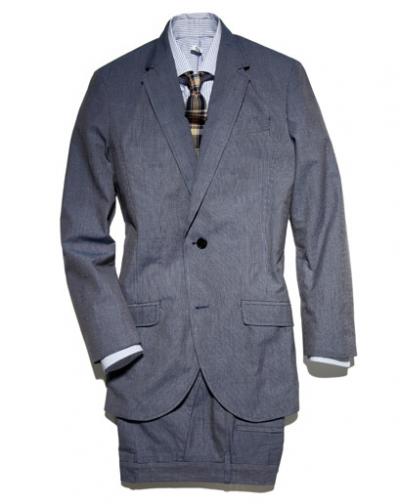 Finally, the ever-fashionable George Clooney dressed in a Giorgio Armani tuxedo suit. George is with his Italian girlfriend Elisabetta Canalis. Our George is dapper as usual but them facial hair is making him look like a distinguished professor, no?