Gethin Jones Shirtless, Gay or Straight, Speedo Hunk. Looking for a Welsh hunk? Well, we give you Welsh presenter Gethin Jones looking fabulous on the cover of Attitude Magazine.

If you are like us, you prefer your men to not shave their chest and to leave them as nature intended. We find unshaved chests to be hotter and, well, way more manly than the waxed look that too many celebs are going for these days.

For those of you non-Brits who are not familiar with Gethin and his body of work, here are some five things you should know about him:

1. He is a television presenter which is the less fancy word our British friends use for “television host”. He is probably most famous for co-hosting (or co-presenting) the BBC children’s show, Blue Peter. [Update: In 13 June 2011, it was announced that our Welsh hunk will be hosting a new game show called, Holding Out For A Hero, where contestants “play for huge sums for friends or family.”

2. Gethin Jones plays football (rugby actually) but you should not confuse him with another Welsh dude, footballer Gethin Jones. They only share the same name. Gethin, the presenter, is Gethin Clifford Jones from Cardiff, Wales while Gethin, the footballer, is from Carmathen, Wales.

3. Who is Gethin Jones girlfriend? Her name is Katherine Jenkins, she is a singer (mezzo-soprano) and also hails from Wales. [Update: The two have since broken up.]

4. Our Welsh hottie is short sighted and he used to wear contact lenses or glasses. However, he had a successful laser eye operation to correct his eye defect.

5. Gethin can add “Actor” to his name because aside from television hosting/presenting he also appeared in two episodes of the popular BBC science fiction show, Doctor Who.

Gethin Jones Shirtless Update: We you you want more hot photos of our Gethin so we decided to update this post to give you what you want. Did you know what he did a Speedo challenge two years ago in 2015? He lost some weight and improved his already hunky physique in the process. 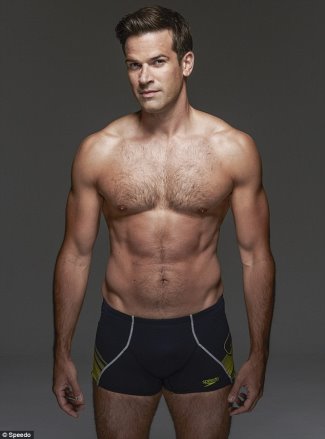 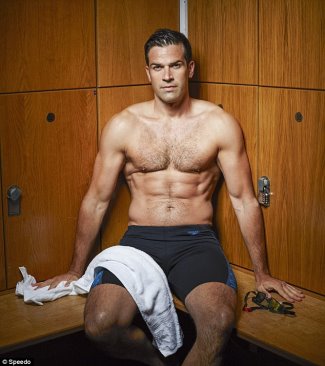 Gethin Jones Underwear: Boxers or Briefs? In an interview with metro.co.uk, he tells us that he wears both boxers and briefs: “Always briefs for sport and boxers if I’m just hanging out. Literally hanging out. I love D&G boxers, but not the tight ones. I don’t like things too controlled.”

He sure loves him his D&Gs. 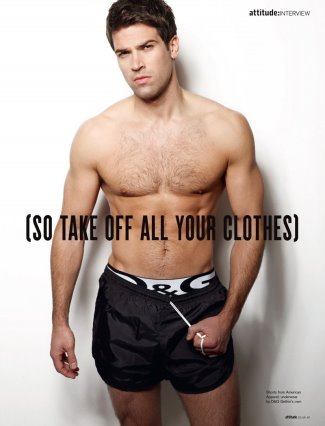 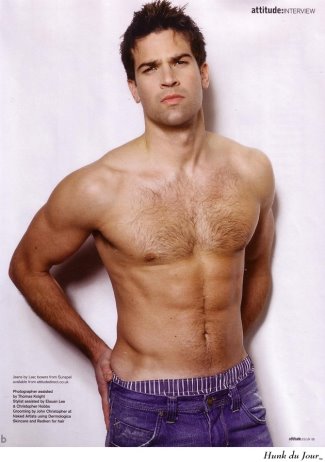 By the way, here’s something we should have mentioned in our earlier post: Before he got famous as a television presenter, our Gethin did some odd jobs such as bank clerk, telephone hotline officer, and research assistant. He also reportedly spent some time as a construction worker. Can you imagine our Gethin as a hot construction worker? We totally can.

Gethin Jones Gay or Straight? He is straight and, as mentioned above, he was in a relationship with Katherine Jenkins. However, Gethin embraces the LGBT community and has posed for Attitude Magazine. 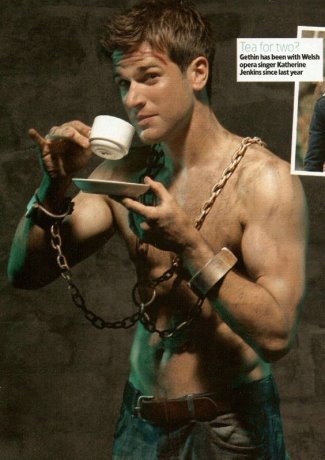 Now that is how you drink tea. 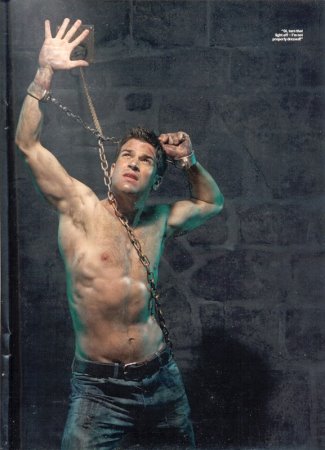