German Mens Underwear Brands: Manstore, Barcode Berlin, Bruno Banani. No doubt you are familiar with Hugo Boss Underwear because the Hugo Boss brand is one of the biggest name in fashion. Based in Germany, Hugo Boss has conquered the world with stores from Milan to Manila, from Atlanta to Antigua, from Dublin to Dubai, and from one end of the earth to the other end.

But we are not going to blog about Hugo Boss Underwear today because we have already done that in the past, go see: Hugo Boss Underwear Models. Instead, we are going to check out some other German mens underwear brands to see whether any of them is something you should add to your closet. We begin with Barcode Berlin. It gives out some badass feel, don’t you think? 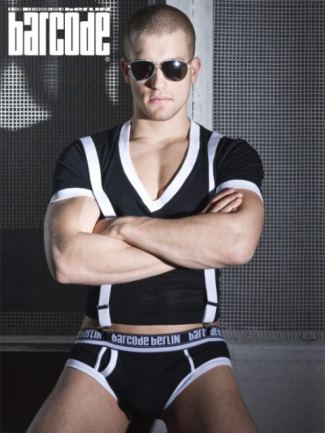 The Bruno Banani underwear brand made headlines in the last Winter Olympic Games in Sochi when it was revealed that a Tongan athlete changed, formerly named Fuahea Semi, changed his name to Bruno Banani in exchange for the underwear company’s sponsorship. 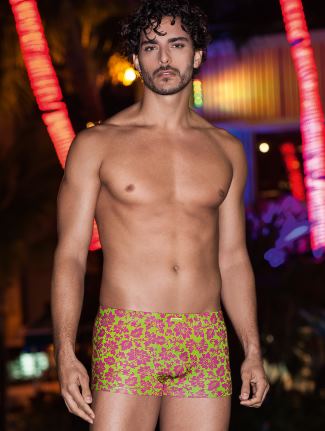 Nope the guy above is not Bruno Banani, the Olympian. But let’s learn more about the name change from Business Week:

Bruno Banani gave up a lot — including his own name — to become the first winter Olympian from the Pacific islands of Tonga.

Banani, born Fuahea Semi, comes from the tropical island kingdom where temperatures average 23 degrees Celsius (73 degrees Fahrenheit). Five years ago, the computer science student won a contest to find a luger from Tonga, a nation of 105,000 about 16,000 kilometers (9,900 miles) from Sochi, Russia, where the Olympics open tomorrow.

The 26-year-old was forced to find funding to compete and improve, and turned to underwear. He took the name of a little-known brand of shorts and briefs sold by Bruno Banani Underwear GmbH from Chemnitz in eastern Germany to help.

The athlete qualified for Sochi by finishing 28th among 42 starters at a World Cup race in Park City, Utah, in December, and wants to make the top 30 in the one-man discipline that includes defending Olympic champion Felix Loch from Germany.

Vincent Motega boxer briefs. We love us our colorful underwear here at Famewatcher so this red boxer briefs is something we would want to gift to our man. 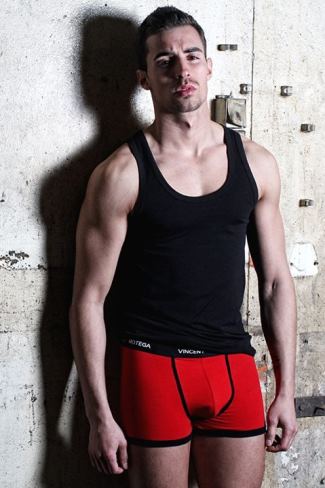 Comazo underwear earned some brownie points in advertising and marketing circles when they used some of their staff as models. Here’s a photo: 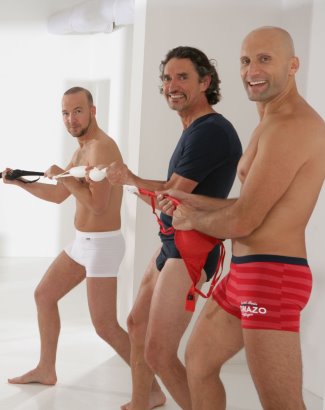 More about the “Comazo Staff as Models” campaign from oiko-tex.com:

Their most recent promotional campaign, “Staff as Models”, received a large amount of media attention throughout Germany: The Comazo Online Shop exclusively uses pictures of its staff in their favourite Comazo underwear. This fantastic idea came about in 2009, when Comazo celebrated its 125th anniversary. “A typical photo with the best fabrics, suits and gowns was exactly what we didn’t want!” explains Yasmin Kozuha, Marketing, “Under the motto We make favourite underwear – We wear our favourite underwear, we instead got pictures of many of the people who work for Comazo in their favourite pieces from the Comazo underwear collection.” The money that was saved for the costs of professional models was used for social projects.

Nils Bohner Underwear. In an interview with the Underwear Expert, German designer Nils Bohner tells us how he and his partners built their brand from scratch:

Underwear Expert: How did you get started making men’s underwear, Nils?
Nils Bohner: Even as a teenager I started to sew and change my clothes by myself. I always wanted to have something special and to be able to set myself apart from mass production. I could never afford to study fashion (which is why I participated in a lot of training courses and internships), so I basically taught myself the trade. 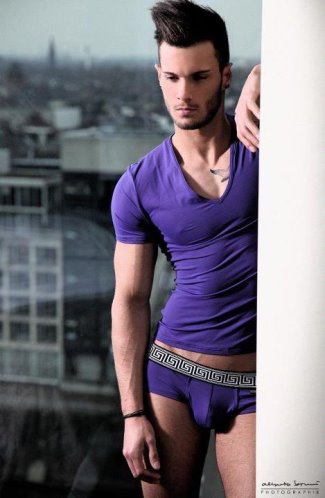 Underwear Expert: And when did you decide to launch your own brand?
Nils Bohner: There simply wasn’t anything innovative in men’s underwear, just the usual black, white and grey, so one day I decided with some friends to set up my own company. We started with a very simple men’s collection consisting of atypical fabrics; our label developed from this one series. As we didn’t have much time to find a name for the label we just used my own name for it. Even today, I still find it a bit creepy to read my name on all these products!

Manstore Underwear. Meanwhile, those of you looking for leather underwear might want to check out Manstore Underwear. According to deadgoodundies.com, Manstore is “[o]ne of the sexiest men’s underwear collections on the planet! Manstore, from the same stable as Olaf Benz in Germany, is innovative, avant garde and uses great fabrics in wonderful shapes. Every Manstore collection works playfully with naughtiness and transparency.” 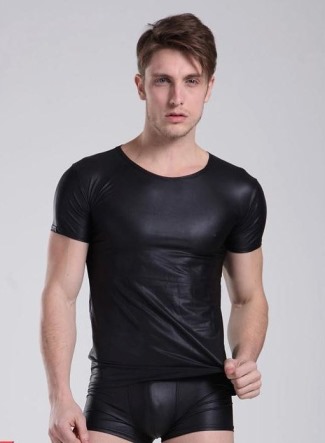 Schieser Underwear. The last but not the least in our list of seven German mens underwear brand is Schieser Underwear which, according to wikipedia, is ” one of the world’s largest producers of lingerie”.

Ain’t that a hawt thing? Lingerie for men, what’s not to like, no?