German Male Gymnasts: Fabian Hambuchen, Philipp Boy, Marcel Nguyen. Time for another post on hot male gymnasts, eh? Well, let’s check out the hot awesomeness of German gymnast Fabian Hambuchen. He was the youngest German athlete at the 2004 Olympic Games in Athens. He also participated in the 2008 Beijing Games where he won a bronze medal in the men’s high bar event. 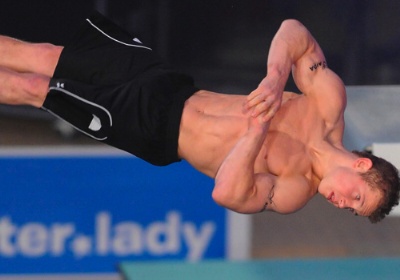 More photos of Fabian doing his gymnastic stuff after the jump. 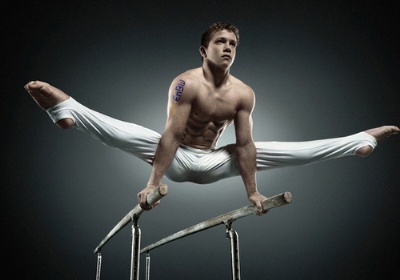 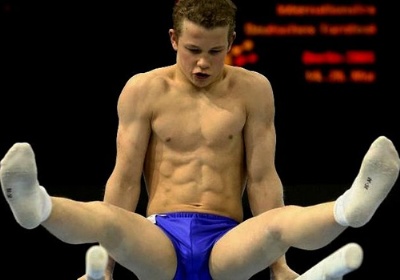 Oh, how cute these two! 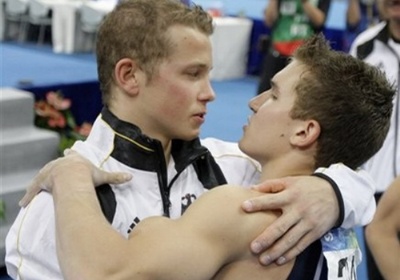 …..
Want More Hot German Male Gymnasts (18 December 2011). Let’s have more hot German male gymnasts, shall we? Before we begin at the individual members of the German men’s gymnastics team, let’s check them out as a group first. Here’s the German team at the Artistic Gymnastics World Championships held last October in Tokyo, Japan. From left to right: Evgenij Spiridonov, Fabian Hambuechen, Marcel Nguyen, Philipp Boy, and Sebastian Krimmer. Not in the picture is Thomas Taranu but you will see his pic below. The team placed 6th in the Team All-Around. You can say that their ranking dropped because they placed third in the previous 2010 World Championships. 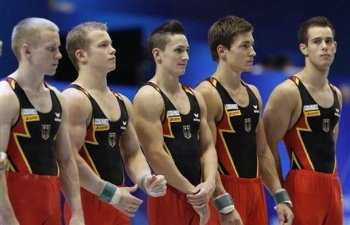 In individual events, 24-year-old Philipp Boy bagged the silver medal in the Individual all-around while Marcel Nguyen placed 8th overall. Here’s Fabian during training (is that an underwear?) and Marcel in short-shorts. 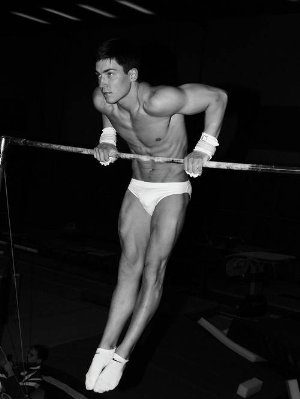 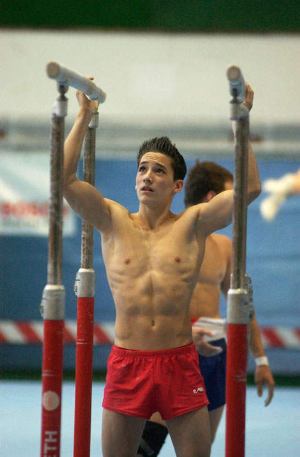 Fabian Hambuchen also qualified for the finals but he was not allowed to compete due to the 2-per-country rule.

By the way, the 2011 World Gymnastics Championships was also a qualifying round for the 2012 Olympics with the Top 12 teams qualifying for the Games. Since the German men’s team made it to the Top Six, expect them to be competing in the 2012 London Games.

Here are the other members of Germany’s male gymnastics team who have been representing their country in the past few years.

Evgenij Spiridonov of Germany competes on the horizontal bar at the 2008 Beijing Games. 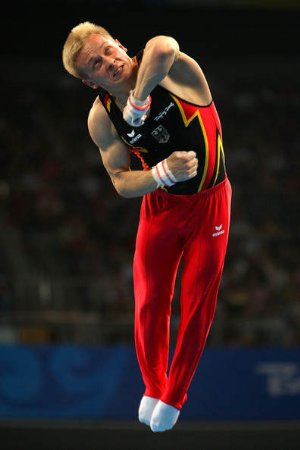 Sebastian Krimmer performs at the pommel horse during the EnBW Gymnastics Worldcup 2010 in Stuttgart, Germany. 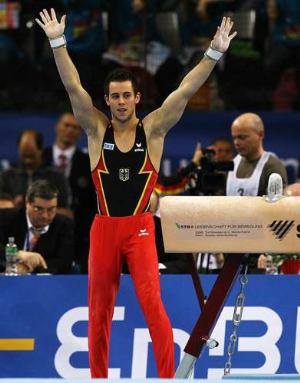 Robert Weber and Thomas Taranu excelling at the rings. 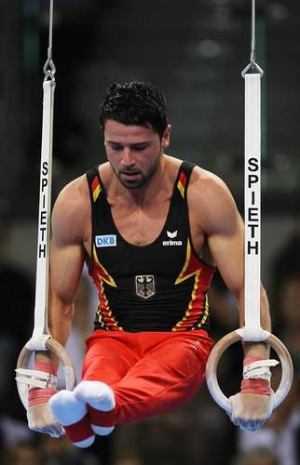 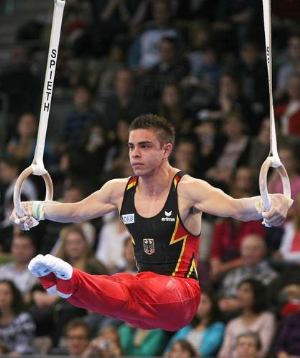 So who of these German male gymnasts is your favorite?