Update: It’s been more than four years since we wrote this post in 2010 so we decided to update it to give you some updates on Gerard Pique. The most important update: He’s now a dad! He and partner Shakira welcomed a baby boy last 22 January 2013. They named him Milan Piqué Mebarak. Here’s a photo of the happy family: 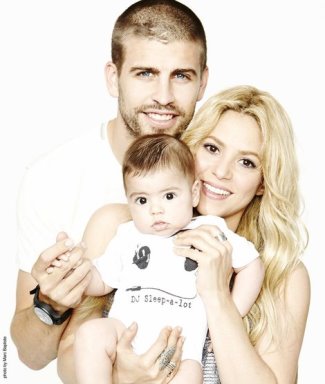 A second baby (reportedly a boy) is on the way so baby Milan will have a sibling to play with.

To date, Gerard has an estimated net worth of $30 million according to therichest.com. Most of his income is from football but he has some modeling and endorsement deals (he’s currently the face of Mango’s menswear line) which add to his already impressive coffer.

Gerard in a pair of Speedos, a young shirtless Gerard, and Gerard modeling for Nike. 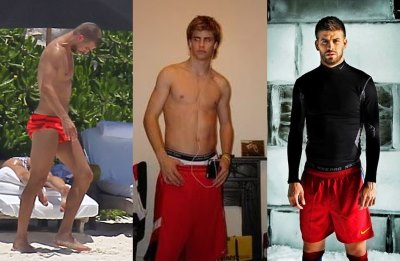 ORIGINAL POST (07 May 2010): The intimate photo of footballers Gerard Pique and Zlatan Ibrahimovic which we published earlier intrigued us so much that we went googling for Gerard’s underwear photos to include in our male celebrity underwear collection. Unfortunately, this is the closest Gerard in underwear pic we got:

But we have found lots of modeling photos of this smoldering Spanish hunk. Ain’t he sexy in his open overalls? We won’t be surprised if there’s another pic of this guy where he’s totally uncovered from that coveralls. 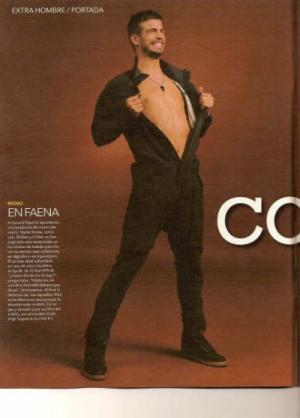 He’s looking good in his men’s suit, eh? Very “modely” and classic. Reminds us of old black and white photos of gentlemen in suits.

Oh wow, Gerard looking sexy indeed in his faded blue jeans. For some reason, he reminds us of Hollywood actor James Franco. On second thought, actually he reminds us more of James Marsden.

This next one reminds us of Jake Gyllenhaal. Our Gerard certainly has many faces. 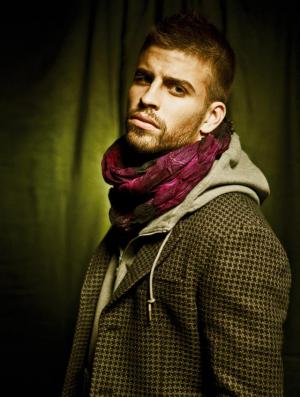 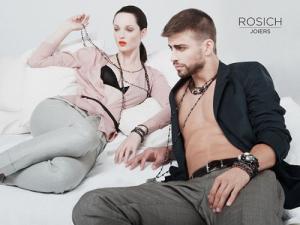 That’s it for now, fellow Famewatchers. Watch out for updates in the future.