Gerard Butler Kilt, Shirtless Photos, and Leather Bag. If you love Scottish men (who doesn’t?), men in kilt, muscled shirtless hunks, and the King of Six-Pack Abs himself aka Gerard Butler, then this post is for you. Damn, why is Scotland producing more than its fair share of hot men (Exhibit A: Ewan McGregor and these Hot Scottish Men in Kilt)? And they’re pretty damn funny too (Exhibit A: Craig Ferguson). 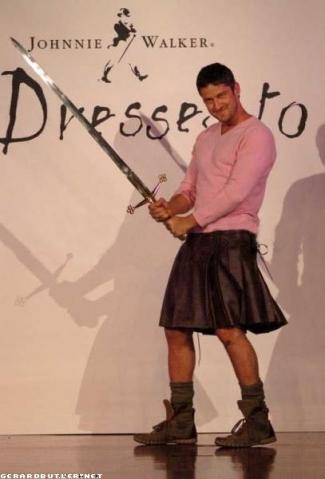 Gerard Butler kilt model as King Arthur pulling the sword from the rock. That’s what we think he is doing in the next photo anyways. 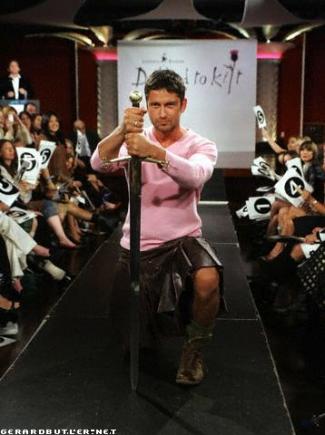 However, it looks like Gerard has lost some of his muscle definition. Time to hit the gym, buddy. Get your six-pack muscles back.

Aww. Those are some sculpted washboard. 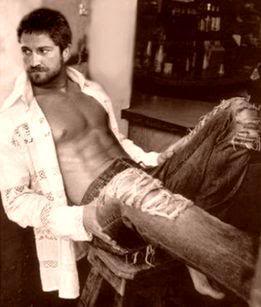 Will Gerard ever get his six-pack back? 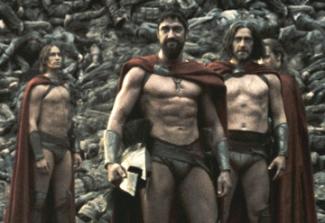 Mens Leather Bag: Gerard Butler, Scottish Hunk (posted 04 October 2009). Look who’s got himself a nice brown leather bag? It’s our second favorite Scottish celebrity, Gerard Butler. Sorry, Gerard, you’re hunky and all, you look good in your sexy kilt, and girls are dying to to have your babies but so long as Craig Ferguson is alive (which we think will be a long, long time) you will only be second to him in our book. 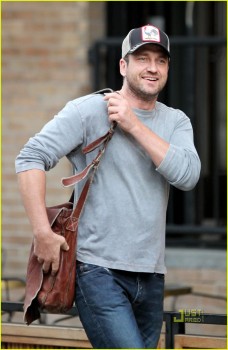 But, you’ve got a really nice and handy leather bag so its not as if you’ve got nothing, right? Hmm, maybe if you give us a bag like the one you have, we will put you ahead of Craig. What about it, eh Gerard? Good bargain? 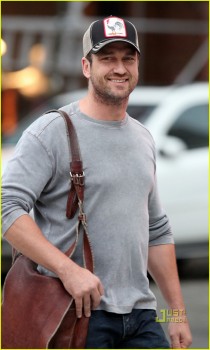 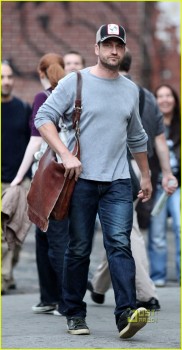 For more Gerard Butler fashion style, check out these Gerard Butler Leather Jackets. You might also want to check out what he looks like when he goes very formal wearing suits for his red carpet appearances: Dolce Gabbana Tuxedo Suits For Men.