George Stephanopoulos Shirtless, Young, Height, Wife. You are loving our posts on media personalities (like the cute Ronan Farrow of MSNBC and Willie Geist of the Today Show on NBC) so let’s do one for George Stephanopoulos, anchor of ABC’s Good Morning America.

Our friend Deena has always had a crush on Stephanopoulos when he burst into the scene as a Washington DC fair-haired boy serving as the communications director for then President Clinton. He’s probably the first “hot nerd” in Washington, no? We’re pretty sure Deena ain’t the only one who had a crush on him. In fact even today when Georgie Boy is now in his early 50s, he still makes the ladies (and some gents) go “Yummm….mmmyyy!”

Here’s a shirtless pic of a young George Stephanopoulos with another young and shirtless male friend. [Photo courtesy of Tom Porter/Celebrity Romp who reveals that he double-dated with Georgie.] 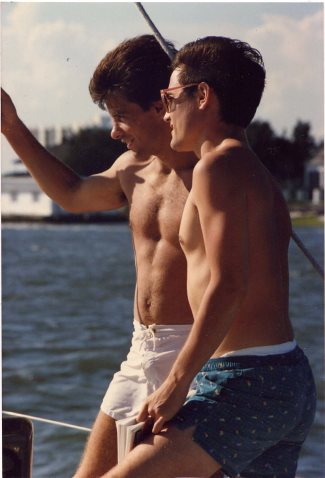 Want another shirtless George? Here’s a fake one! Hehehe. The original shows wrestler George Raymond Wagner but a Stephanopoulos superfan, who was disappointed with the lack of shirtless photos of his/her idol, photoshopped Stephanopoulos’s facepic to the original image. 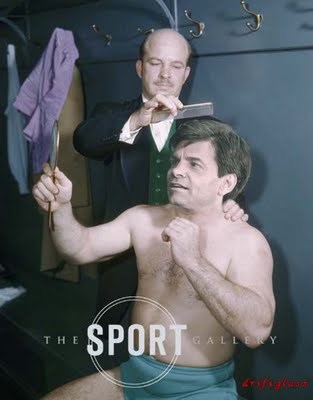 How tall is George? In the next photo below, he looks shorter than his wife Alexandra Wentworth but that’s may be because wifey is wearing heels and you know how much that adds to a woman’s height. 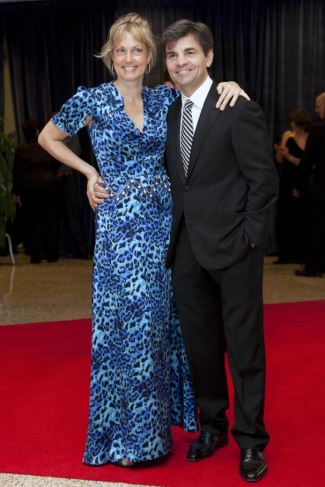 Anyhoo, according to wikipedia, the dashing TV anchor stands at 5’7″ (1.69 m) which puts him in the same level as Tom Cruise. Surely George and Tom are testament to our grandmama’s favorite saying (i.e., “shortiness is not a hindrance to success”) and should give inspiration to vertically-challenged guys like our friend Kevin who’s one inch shorter than George.

George Stephanopoulos Net Worth. Our George is reportedly worth $14 Million according to therichest.com. Expect said net worth to double/triple/quadruple in the next few years because he reportedly managed to negotiate his new contract with Good Morning America where he’s gonna receive $14 million per year which is on par with co-anchor Robin Roberts.

That’s it for now fellow Famewatchers! Which male media personality should we feature next in this site? You want Matt Lauer? We’ve done a post about him already a few years ago. We’re not gonna do another because we still haven’t forgiven him after the Ann Curry debacle. Haha.