George MacKay Shirtless, Underwear, Awards, Girlfriend. Who’s the guy standing in front of the Union Jack in nothing but his underwear? That guy, clueless Famewatcher, is British actor George MacKay who’s playing Australian outlaw Ned Kelly in the movie True History of the Kelly Gang. 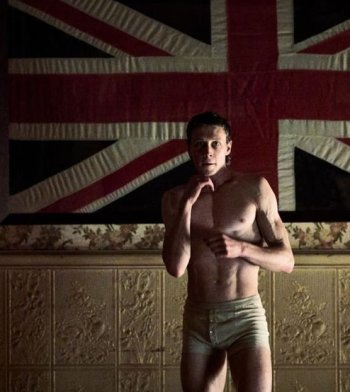 Just watched the film a week ago but it was actually released a little move than three years ago. We must say we’re impressed by the actor — not only because he’s rocking his boxers underwear — but because he’s pretty good in the movie which is why looked him up and eventually decided to blog about him. 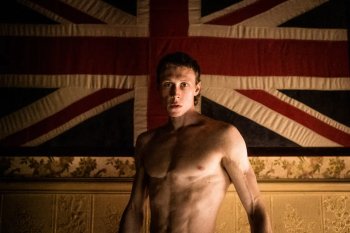 George MacKay Gay or Straight? He is straight and is reportedly dating girlfriend Doone Forsyth. According to creeto.com, Doone is a makeup artist and the lovebirds apparently met at the set of the Sam Mendes movie 1917. Here’s a photo of George and Doone on a walking date: 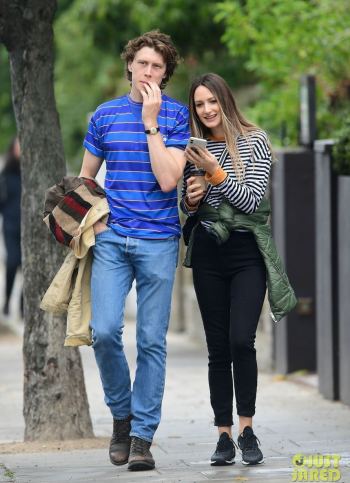 Now, he is straight as an arrow but George has no problem taking on LGBT roles. Specifically, he played a closeted young man in the movie Pride about the alliance formed by gay and lesbian activists with an organization of British miners who went on strike to prevent the closure of coal mines. It’s a really good movie about how people in the bottom can help each other so you should go watch it if you haven’t already. Anyhoo, here’s a still photo of the actor joining a protest rally in said movie: 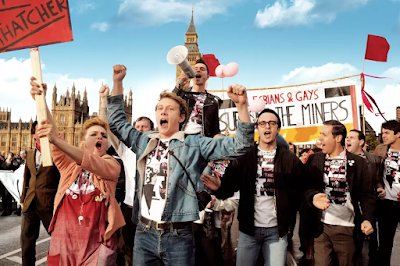 George MacKay Awards. To date, the 30 year old actor has brought home a total of 9 acting awards including a BAFTA Scotland trophy for his role in the 2013 drama For Those in Peril. He also brought home the Trophée Chopard from the 2017 Cannes Film Festival. Per wikipedia, the Trophee Chopard “is awarded by a jury of professionals to two young actors in order to recognise and encourage their career.” His co-awardee in 2017 is Anya Taylor-Joy who, a few years ago, became the It Girl of Hollywood thanks to her amazing performance in the Netflix limited series The Queen’s Gambit. 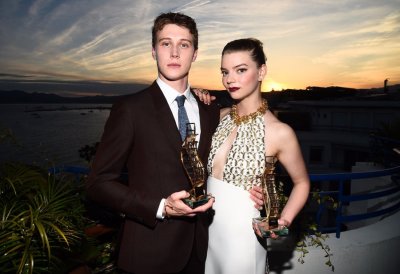