George Eads Young, Shirtless, Acting Award. Did you know that our George has a Screen Actors Guild (SAG) acting award? He received one back in 2005 when the cast of CSI: Crime Scene Investigation bagged the Outstanding Performance by an Ensemble in a Drama Series award. They were also nominated from 2002 to 2004 and finally won the trophy in 2005. Here’s George and his co-stars celebrating with their trophies: 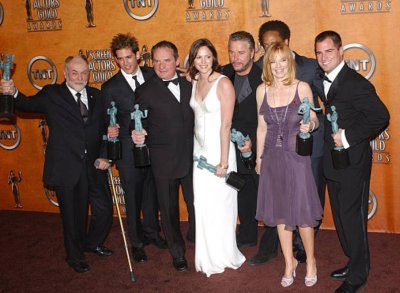 So whats our imaginary beau doing these days? Well, his last major project would be MacGyver where he played Jack Dalton opposite Lucas Till’s Angus MacGyver. He most recently appeared as a coach in This Is Us. 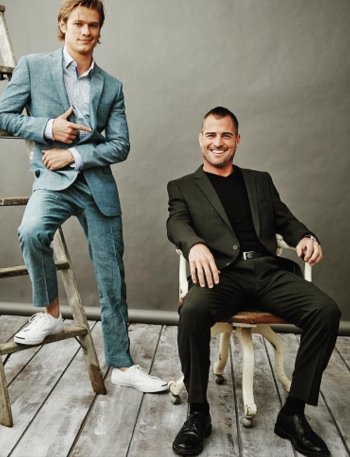 George Eads Young Photos. Here are some pics of the actor from his younger days for those of you who want to revisit his youthful hawtness! 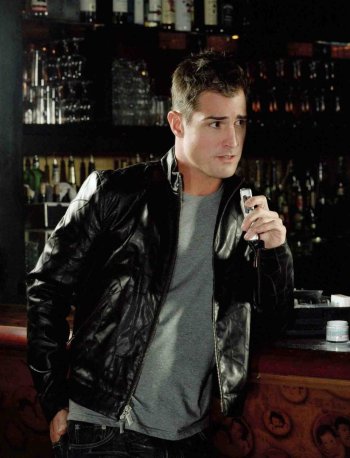 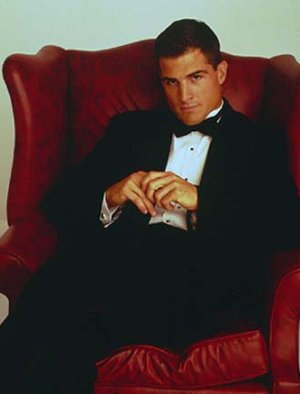 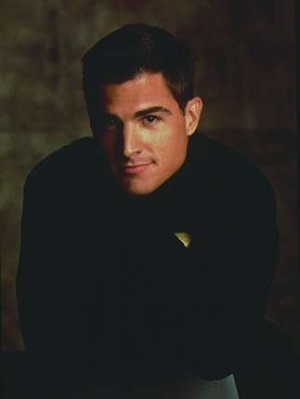 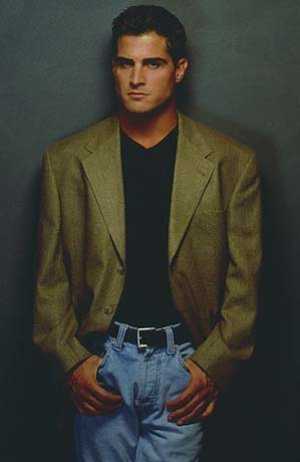 George Eads Underwear and Shirtless Photos. These peekabo pics are the closest thing to an underwear photo for our George. 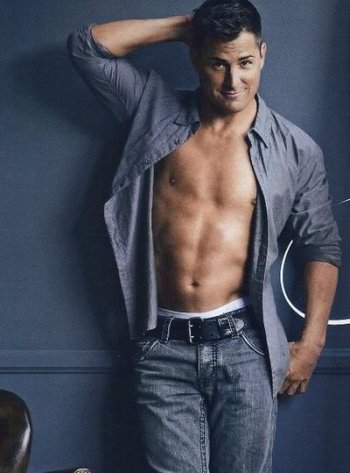 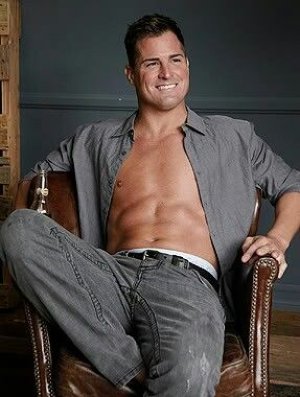 …..
George Eads Shirtless, Gay or Girlfriend, Single or Married (15 April 2020). Did we tell you about our new TV boyfriend George Eads? Of course we did! He is our guy at the moment so bear with us if we regularly blog about him. In fact, we’re pretty sure that you will fall in virtual love with him too like we did. 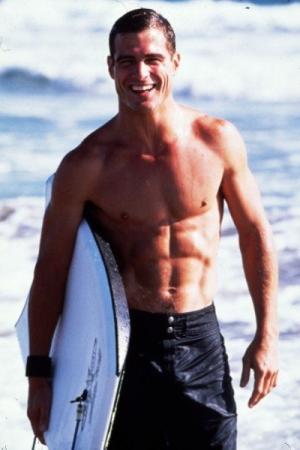 Anyhoo, we’ve seen already seen George get formal in his tuxedo with a bonus pic of him naked and wet in his bathtub [see George Eads’ tuxedo suit]. Now, here’s George in a pair of board shorts getting himself wet in some beach in Hawaii. You’re going to do some surfing, eh George? Want more men in beach shorts? Go check out our post on Jason Momoa’s Baywatch Photos.

By the way, for those of you who are asking whether this Hollywood hunk has a girlfriend or a wife, we just discovered that he’s got a girlfriend named Monika Casey. Lucky girl! 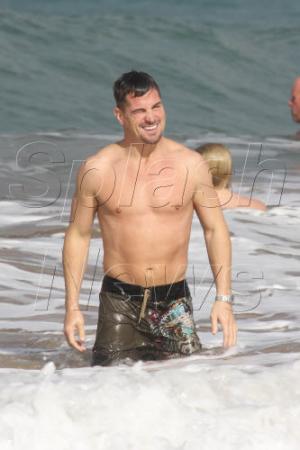 …..
George Eads Six Pack Washboard Abs and Other Queries (10 July 2011). Hello, fellow George Eads fans! We are updating this post, which we wrote almost two years ago, to respond to your Google queries such as “george eads six pack”. We’re afraid we don’t have any more six-pack photos of our George other than the one in our original post above. But we do have this delightful pictures of our CSI hunk looking gorgeous in his white muscle shirts. 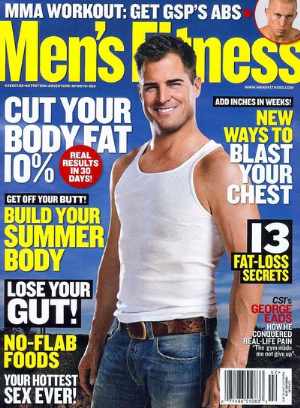 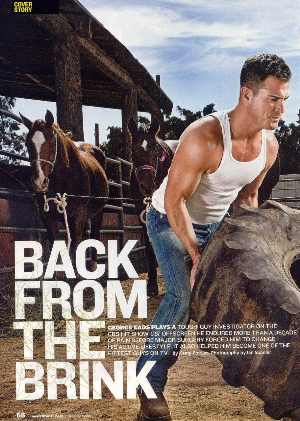 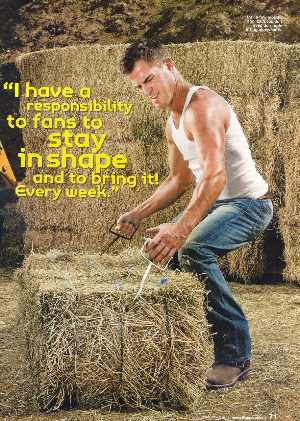 Our George will make a very hot farmhand, no? These photos, by the way, are courtesy of Men’s Fitness Magazine which featured George as its coverboy in the February 2010 issue.

…..
George Eads Gay or Straight? Single or Married. Interestingly, some of you are wondering whether George has a boyfriend (your query: george eads boyfriend). We don’t think he’s into the boyfriend thing because as we mentioned in our earlier post he has a girlfriend by the name of Monica Casey. Wikipedia says that the two got married in 2009 so our CSI hottie no longer has a girlfriend but he now has a wife. Belated congratulations to the both of you.

Update: George Eads and Monica Casey divorced and went their separate ways in 2015. They have a one child together. We’re sad of this development. Here’s George and Monica during happier times. 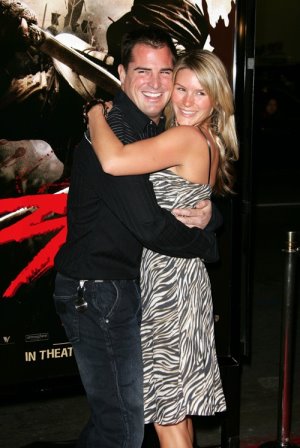 Apparently, there is a section on the internets shipping our George with CSI co-star Eric Szmanda. Hehe. We don’t know what to think about this. 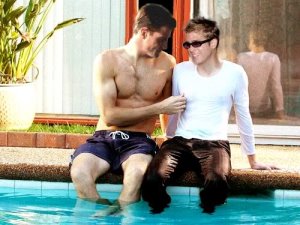 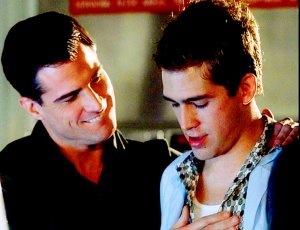 …..
George Eads is an American Hunk in Tuxedo (9 August 2009). While watching George Eads during his interview on Craig Ferguson’s Late Late Show, we kept thinking, “Where has this George guy been hiding? Damn, he’s a one hot daddy that we’d like to bring home to mama!” Truthfully, we haven’t heard of him before.

So we went digging for more info and more pictures of this George guy. We discovered that he stars in police television shows which we do not watch so its no surprise that its only now that we’re discovering him. 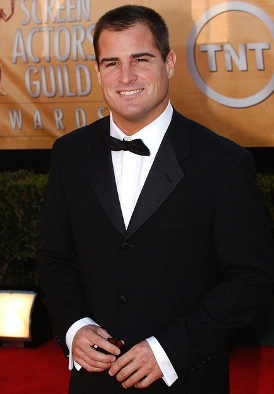 Anyhoo, here are some these really neat photos of George going formal in his tuxedo and chillin’ in the tub. He’s our new TV-boyfriend now. Thank you Craig for introducing him to us. 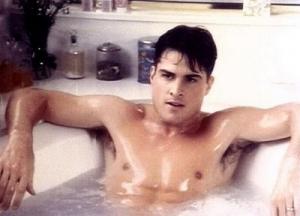 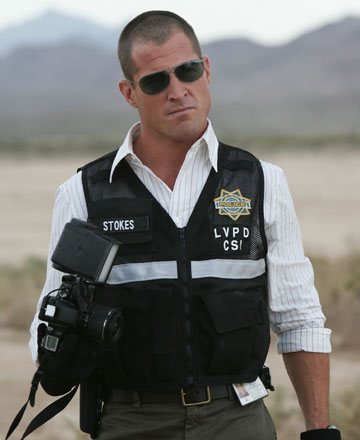