Geoff Stults Gay or Straight, Underwear, and Speedo Photos. Look who’s rocking his pair of teeny weeny Speedo swim briefs? It’s Enlisted star Geoff Stults! He shared this photo to his Instagram followers. For those of you wondering the other guys in the pic are his older bro George Stults (center) and reality star Silas Gaither of Survivor Africa (left). Like Geoff, George is also an actor.

If we came across this photo earlier, we would have included Geoff to our post on White Speedo Swim Briefs.

Is Geoff Stults Gay or Straight? Geoff must have a thing going with Silas because we see them share a kissing moment. Hehe. Like the pic above, this one’s from Geoff’s Instagram account and it was shared with the following message: “Guess @silas_r_gaither missed his buddy Ari”. 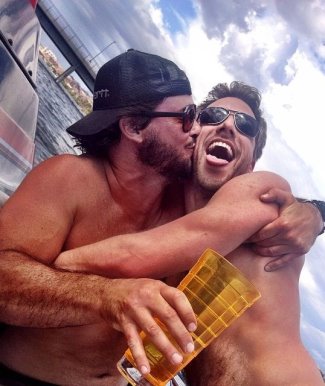 Geoff also gets huggy huggy and kissy kissy with NSYNC singer Joey Fatone. If it were us, we’d be going for JC Chasez. Hehehe. 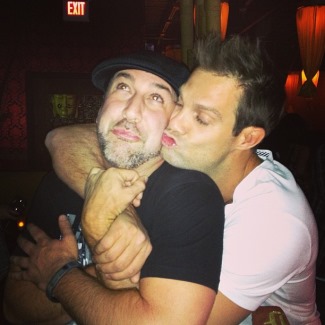 So is Geoff Stults gay or straight? He is straight. In fact, the voters at gay-or-straight.com think that he is quite straight:

George Stults Girlfriend/s: He does not seem to be dating anyone at the moment but he used to date Stacy Keibler who, if we remember correctly, also dated George Clooney. She must have a thing for guys whose name starts with Geo, huh?

Exes Geoff and Stacy when they were still an item. 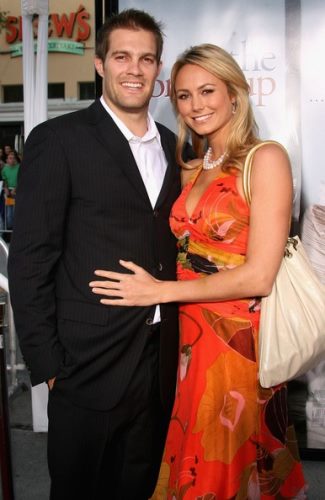 Is Geoff Stults Married? Nope he is not. He is still single and very much available. But this is what he looks like when he ties the knot. Hehe. 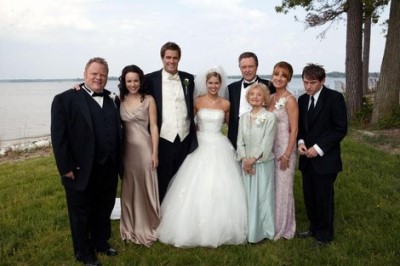 The above pic is from when he got “make believe married” in the 2005 movie, The Wedding Crashers.

Geoff Stults Underwear Photos. This section is for the Celebrity UnderwearWatchers among us who want more Geoff Stults underwear pics:

Geoff in bed wearing his boxer shorts from a 2011 guest appearance in Bones.

From an episode of Enlisted, the Fox comedy series where he co-stars with Parker Young.

Okay, the next pic below is not an underwear pic but it’s just as good. Photo from the 26th Annual Nautica Malibu Triathlon held last September 2012. The event, participated in by lots of celebrities, raised money for Children’s Hospital Los Angeles’ Pediatric Cancer Research Program.

Last but not the least Geoff Stults underwear pic is this one: 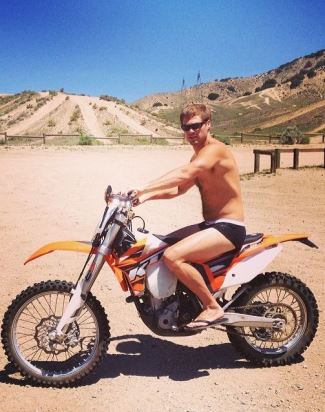 Oh wait, actually that’s not Geoff but his older brother George Stults. Who says you can’t ride a motorbike in your undies? We think it’s a badass photo but our friend Deena says George is being stupid.

Let’s end this post with this shirtless Geoff Stults photo taken when he was younger. He is so gorgeous, no? 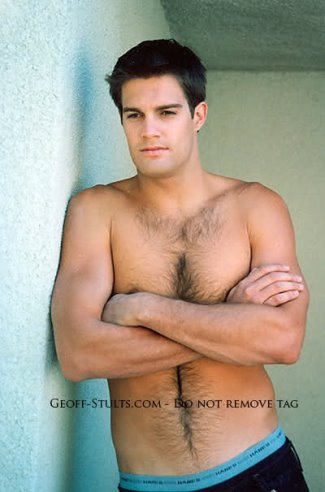