Gennaro Gattuso Underwear and Shirtless Photos: Italian Football Hunk. The easiest man to love is one who’s got a great sense of humor. That’s why we love Italian footballer Gennaro Gattuso, midfielder of AC Milan. What’s not to like? The guy always look so animated in his photos. And, more importantly — either by accident or design — he keeps losing his pants showing us his underwear. 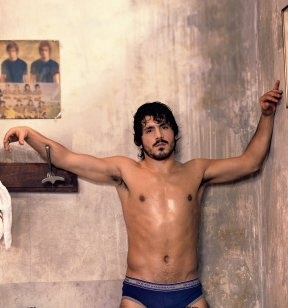 Way to go, Gennaro. We hope you continue your underwear-revealing ways during this year’s World Cup in Johannesburg! 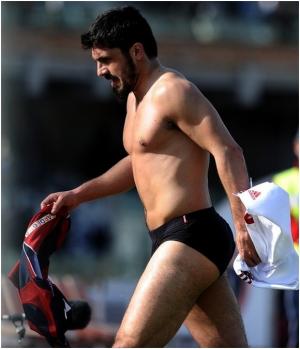 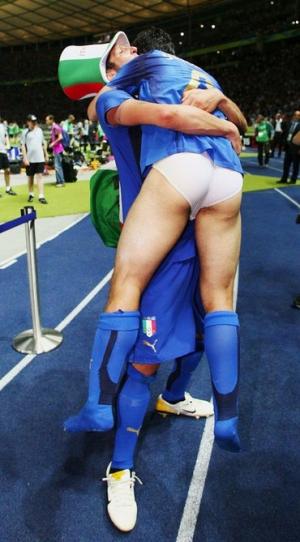 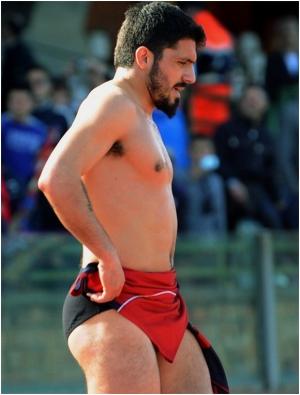 Is 17-year-old Federico Macheda the football world’s next big star? Looks like it, no? But whether or not he lives up to his early promise, he is already the biggest star in his family.

Says his father Pasquale on the Macheda family’s life before Federico made it to Manchester United:

“It was hard to pay the bills and we had been worrying about having enough money to get to the end of the month. Then we got that fateful telephone call from someone with an English accent.”

Federico was offered £73,000 a year to come to Manchester – a huge amount for a family who had for years struggled to put food on the table. Pasquale had taken on a string of low-paid jobs including doing night shifts so he could spend his days mentoring his son.

Federico’s mum Loredana worked all sorts of impossible shifts too. And she was also at Old Trafford with Pasquale and younger son Simone, 15, to see Federico’s man-of-the-match debut performance.

Pasquale said after the game: “It was like being in a dream. All these people celebrating Federico’s goal. I cried. He dedicated the goal to me. He won champagne for being man of the match and gave it to us.” [Daily Mirror]

Go, Federico! We hope you achieve your full potential in the world of football.