General Hux Coat in Star Wars: The Force Awakens. What could entice you to join the dark side? Power? All the money in the world? Or fashion fabulousness? For us here at Famewatcher, it would be fashion fabulousness because, hot damn, that General Hux sure knows how to wear fabulous outfits. If he’s going to give us that long coat of his, we’d gladly enlist to join his stormtroopers. Hehe. 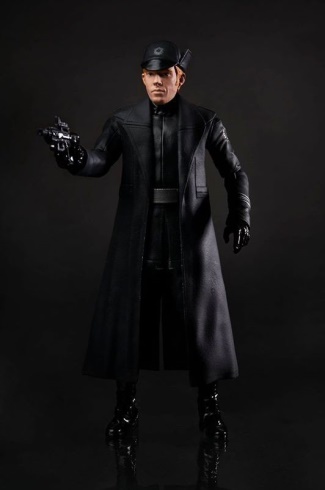 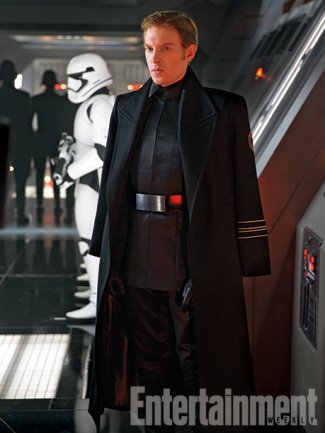 Anyhoo, its clear that whoever designed this General Hux coat is obviously inspired by the uniforms of Nazi military officers in World War II. Check these out: 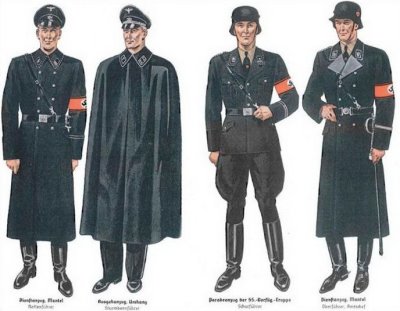 Notice the distinctive lines on the sleeve which also appears on the General Hux coat? 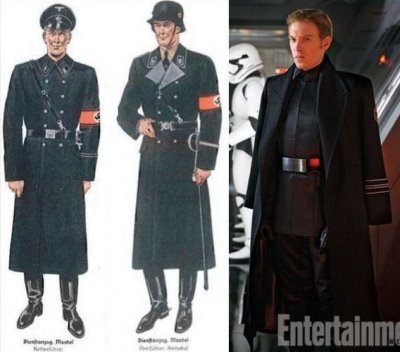 By the way, for those of you into fashion history, did you know that some of the fabulous Nazi uniforms were actually manufactured by Hugo Boss? This controversial historical tidbit, which crops up every now and then, is a thorn on the side of the Hugo Boss powers-that-be. But to their credit, they hired a book about the company’s collaboration with the Nazis and apologized. From a report from the BBC:

The book concludes that company founder Hugo Boss, whose past is already well documented, was a loyal Nazi.

“It is clear that Hugo F Boss did not only join the party because it led to contracts for uniform production, but also because he was a follower of National Socialism,” wrote the author, Roman Koester, an economic historian at the Bundeswehr (English: Federal Defence Force) University in Munich.

Both Mr Koester and the company insist that it had no influence over the contents of the book, although it provided the funding.

The company said on its website it wished to “express its profound regret to those who suffered harm or hardship at the factory run by Hugo Ferdinand Boss under National Socialist rule”.

But let’s move on from the past to our question of the day, which is, where can you buy a General Hux coat? We’re pretty sure this is specifically tailor made for the movie (by designer Michael Kaplan who also designed the fabulous Finn leather jacket) so, unfortunately, you can’t buy a similar outfit from the top fashion labels out there. However, there should be replica makers making General Hux coats.

Now, if you don’t want some cheesy replicas, and would rather buy a similar-looking coat from designer labels, here are some General Hux coat alternatives which you can buy. They don’t look exactly like the one in the movie but they are just as elegant, stylish, and clean.

Burberry Brit Wool Cashmere Melton Coat. You can buy it for $1,395 and it is made of 87% wool and 13% cashmere with calf leather trim. 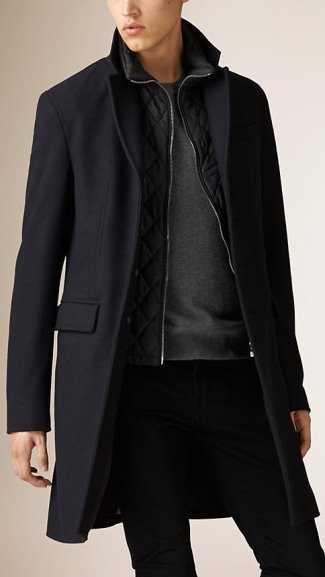 Belstaff Milford Coat (In Black/Charcoal Tweed). Popularized by Sherlock’s Benedict Cumberbatch, the Milford coat is now back and you can buy it for $2,295. If this ain’t a good General Hoax coat alternative, we don’t know what is. It is made of 90% Virgin Wool, 5% Cashmere, and 5% Polyamide. The lining is made of 52% Acetate and 48% Cupro. 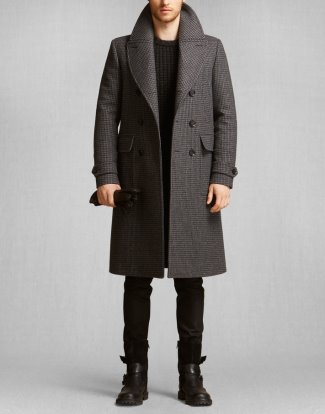 Hugo Boss The Sintrax Wool/Cashmere Coat. Now, this does not really look like the General Hux coat but it looks so elegant and manly and, we think, every man who lives in cold climates must have this in their closet. You can buy this for £299. 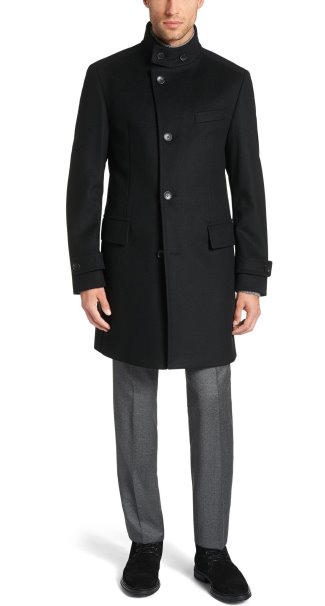 That’s it for now, fellow CoatWatchers!