Gay Wrestlers List: College, Amateur, Pro, WWE. When we were researching our post on Jake Atlas, the names of other gay wrestlers kept cropping up so we decided to make this list of male wrestlers who belong to the LGBTQ community. Note that we are using the world wrestler in its broadest terms so the list ranges from college grapplers to those who made it to the biggest stage, WWE.

Darren Young has earned the distinction as, in the words of wikipedia, “the first professional wrestler ever to publicly come out while still signed to WWE.” Interestingly, his 2013 coming out may have been impromptu, as he simply answered a question by a TMZ cameraman whether a gay wrestler will ever be successful in WWE. His answer: “Absolutely. Look at me. I’m a WWE superstar and to be honest with you, I’ll tell you right now, I’m gay. And I’m happy. I’m very happy.” 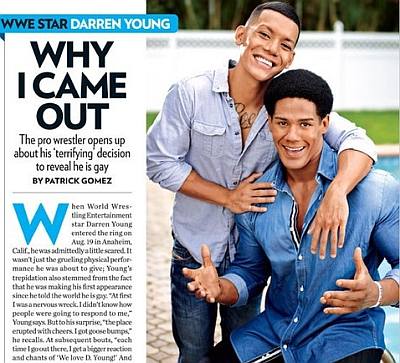 Pro Wrestlers Who Came Out After Their WWE Stint. Wikipedia names three wrestlers who came out after retiring or leaving WWE: Pat Patterson, Chris Kanyon, and Orlando Jordan (as a bisexual).

Mike Parrow. This Florida-based wrestler who came out in 2017 competes in the independent wrestling circuit with companies like American Combat Wrestling and the World Wrestling Network. Apparently, he did not have a positive experience as a young newcomer with the LGBTQ community when he arrived in Florida.

Parrow thought moving to Florida would be his opportunity to explore his sexuality. “I’m in a new town, nobody knows me. I’m in my late 20s. Let’s give this a go!” Unfortunately, things didn’t go as planned. “It was absolutely the worst experience in my life,” he recalls. “Gay men can be the meanest, cruelest people you’ve ever met in your life. I was ‘fat’, I was ‘ugly’, I’m a ‘closet case’, and at the time I was just looking to understand what’s going on.”

Geeze, Florida gays, what’s wrong with you? Good thing Mike eventually found a boyfriend/fiance in the person of Morgan Cole who helped him get out of the closet. Find yourself a partner who looks at you the way Morgan looks at Mike: 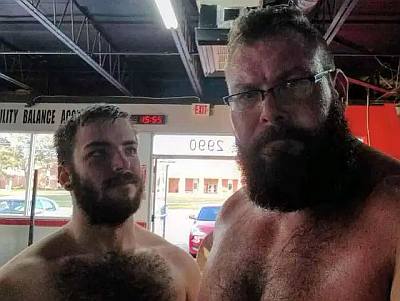 Dylan Geick came out during his senior year at the Stevenson High School in Illinois. He is now a member of the Columbia University wrestling team and, since his coming out, has become a celebrity with more than 700,000 followers on Instagram and another 200,000 followers on Youtube. No surprise there considering his model good looks and all. 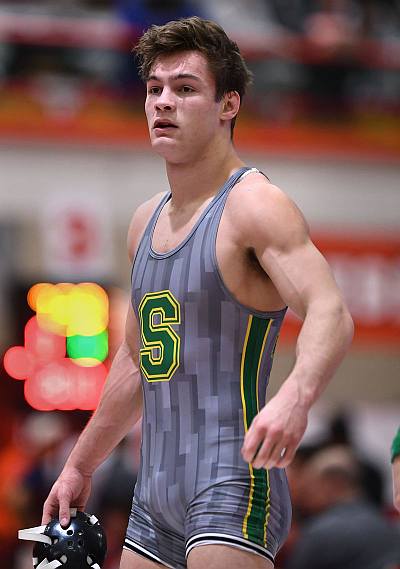 Didn’t we say he’s good lookin’? The Florida gheys who shamed Mike Parrow will be thirsting over this one. 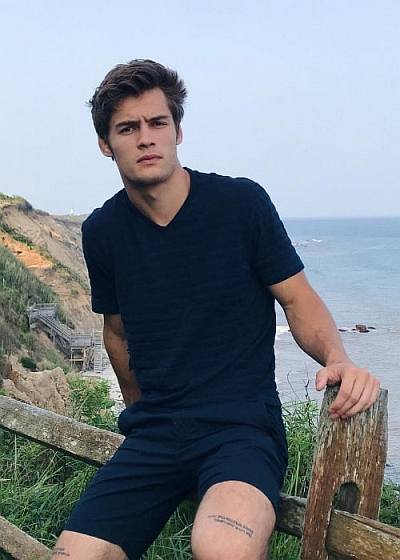 A shirtless pic of Dylan for the Florida gheys: 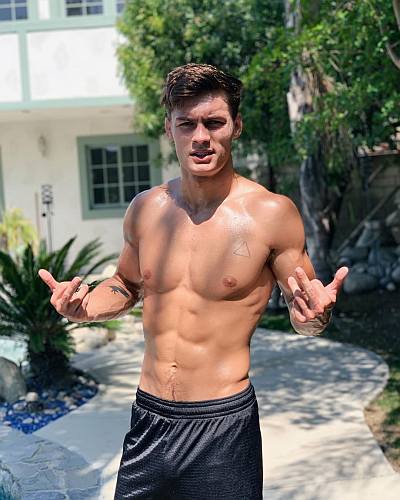 Dave Marshall is an Australian wrestler who came out immediately after he began his pro wrestling career with the Southern Hemisphere Wrestling Alliance. He was, apparently, welcomed with open arms saying that the company “has been like a family to me since day one. They don’t treat me any different.” Dave made headlines recently when he revealed that he is making adult content to raise funds for the suicide prevention charity, Beyond Blue. 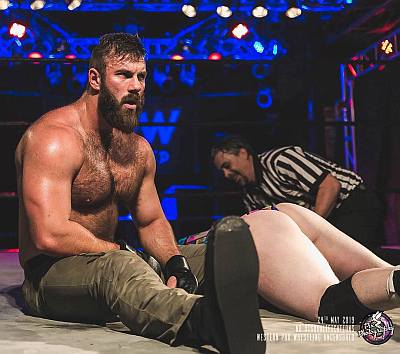 We find out that Dave’s a great sense of humor after he posted the above photo on his Instagram account with the caption, “No caption required.”

Okay, it turns out that there are more LGBT wrestlers out there than we initially thought, watch out for the second part of the list in the upcoming days.

Curdin Orlik (2020 Update). Swiss wrestler Curdin Orlik has come out as a member of the LGBT community during an interview with Swiss publication, The Magazine. 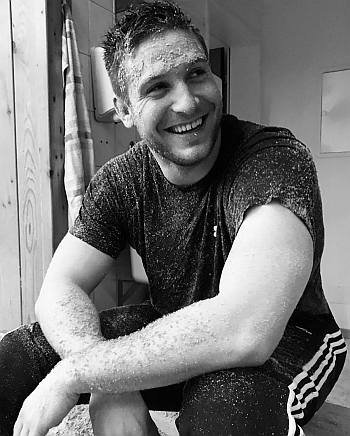 Outsports has some of the details: “Curdin Orlik, a champion in the sport of Swiss ‘swing’ wrestling, has come out as gay, becoming Switzerland’s first openly gay active male pro athlete. ‘I am like that,’ Orlik told Christof Gertsch of Switzerland’s The Magazine in a deeply reported article. ‘I can’t help it. That’s how I was born.’ Orlik, 27, said he decided to come out publicly because ‘I’d rather be free than fearful.'”