Gay Tennis Players: Professional and College Level. From gay baseball players, let’s now check out some professional and college gay tennis players. Like in baseball, there’s really not a lot of names in this list but it’s not totally zero either. This list only includes those who are male tennis players but we will be making a list for women in the future.

Bill Tilden. He is one of the most successful men to play tennis having won 10 Grand Slam titles and ranked as the World No. 1 tennis player for six years from 1920 through 1925. 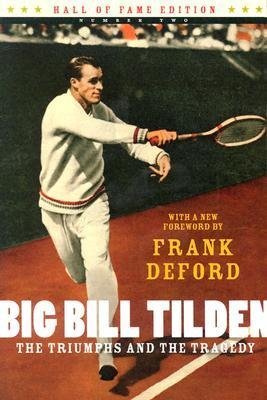 Jan-Michael Gambill. This American tennis player who ranked as high as #14 in the ATP World Rankings kind of low-key came out via an Instagram message of love to his boyfriend/partner. Check it out: 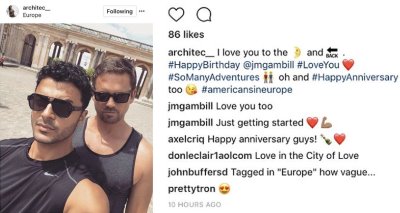 Jan-Michael made his professional tennis debut in 1996. He did not officially retire but he stopped playing in 2010. Nowadays, he is “currently coaching Jared Donaldson on the ATP Tour” according to wiki. For those of you wondering, as a pro tennis player, Gambill made a total of $3,612,179 in prize money. 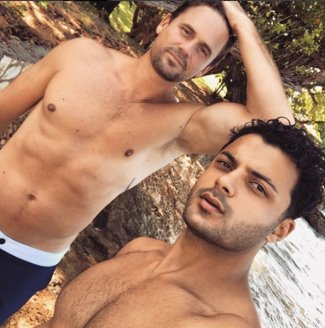 For those who are wondering, Jan-Michael Gambill’s boyfriend is Malek Alqadi, an architectural designer. 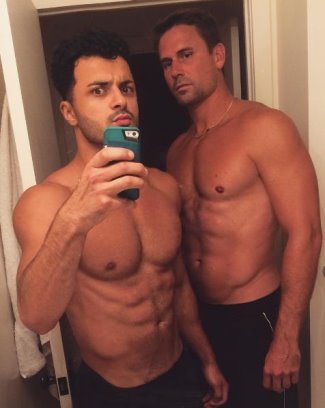 Brian Vahaly. Brian achieved a career-high ranking of #64 in the ATP World Rankings. He began playing in the professional tennis tour in 2003 but his career was cut short by injuries. He retired four years later in 2007. Brian, who is now a venture capitalist, is married to husband Bill Jones. The couple have two kids together. 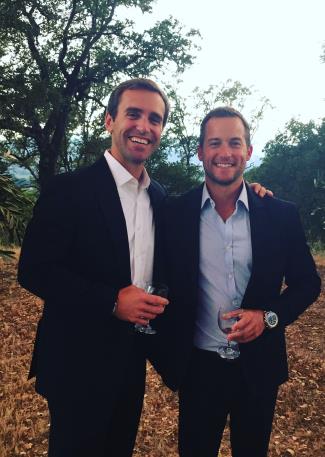 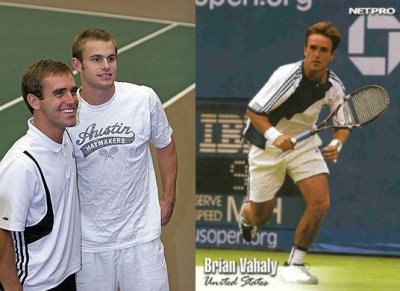 Francisco Rodriguez. This Paraguayan tennis player reached a career-high ranking of #373 in the world. He competed in the pro tour from 2001-2006 and came out in 2008 via a story published in Out Magazine. 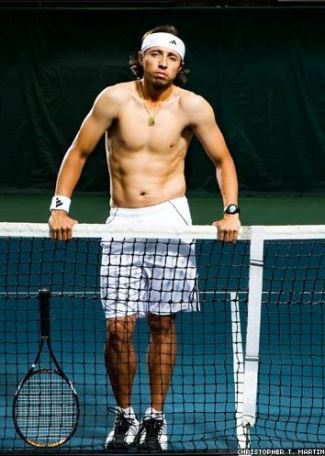 College Level Gay Tennis Players, and Bi, and Trans. Here’s a list of tennis players who came out as gay while playing for their schools in college. We compiled this list from stories published in Outsports, arguably the site with the best coverage when it comes to gay athletes:

Andres Bustani, Lewis Clark State College, wrote about his coming out in a 2015 article on Outsports: “Coming out was one of the scariest and most stressful obstacles that I have ever had to overcome. Here I am now, a year later after coming out, writing my story. I am happier than ever. I am currently halfway through my senior year of college and am a more confident and strong individual who (I dare say) is a successful college athlete.”

Ryan Beene, Texas Lutheran University, shares his coming out experience in a 2014 Outsports story: “While some future teammates knew I was gay from social media, there were others I had to tell. Every one of the guys was great about it. It just wasn’t a big deal at all. To this day, they don’t treat me differently from how they treat each other. I especially love that they joke with me about being gay. They’re cool.”

Dominick Gutierrez, tennis player for Lynchburg College in Virginia, writes that his teammates are supportive: Overall, they are supportive, and my teammates even want to approve guys before I date them. As it stands now, they make me feel comfortable about my identity and relationships. When I was on the phone with my ex-boyfriend, they would randomly yell “hello” to him. They welcomed him to all of our functions, and they normally asked me how we were doing as a couple.

Matt Dooley, Notre Dame University, came out in 2014 and writes about the teammate he first came out to:

I told my teammate Greg Andrews about everything. I risked it all and put in jeopardy my involvement with tennis, my last remaining oasis in a desert of distress.

“Really? Really?” he said. “Man, I don’t care. You’re one of my best friends on the team. This doesn’t change anything, you are still Dooley to me.”

Shawn Hiatt, played for Brigham Young University and San Diego State University. He came out to his San Diego State coach who had this to say: “I’m a real strong Christian guy, but I believe in treating others as you would be treated and not being judgmental, and if any of the other guys give you any crap I’m not going to take it”.

Nile Clark is a bisexual tennis player who plays for the University of Miami. Here’s what he says about his sexuality: “I just happen to like both. It doesn’t seem like that hard of a concept to grasp to me.”

Troy Smith, played tennis for Saint Vincent College in Pittsburgh, PA. He came out to his teammates and coach and school officials who all supported him. He was even elected as the Homecoming King.