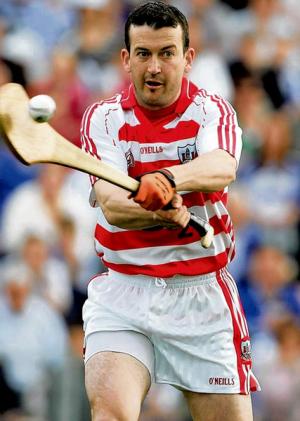 Last year, when we first heard about a gay Irish curler coming out we said, “Who cares about curling! Only Canadians with too much time and maybe some Irish people care about curling!” But then, our good friend Deena said, “Hey, you better read it carefully! It’s hurling, not curling! You dumbass!” She’s right of course. We’re not familiar with hurling but its reportedly one of the most macho of team sports.

Anyhoo, we’re pretty sure you already know of the guy we’re talking about. If you’ve been living under the rock over the past year, we’re talking about Dónal Óg Cusack, a famous Irish hurler, who made the headlines last year when he revealed in his biography that he is gay. Here’s Donal receiving the Irish Book of the Year Award. 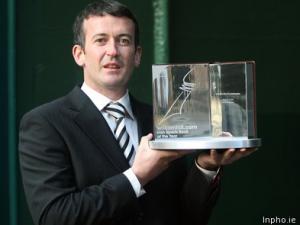 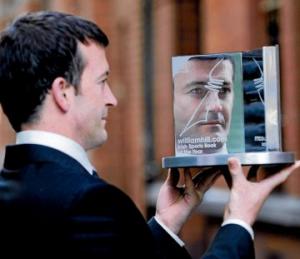 Here’s what he says on his decision to come out (via Times Online): “I always would have felt a duty that, before I finished my playing career, I would speak about it, because I knew it would have a bigger impact while I was still playing and potentially help guys who are maybe not able to deal with the situation as well as I think I can. I was always going to write about it; I wasn’t going to hide from it. But it’s not an all-consuming thing in my life and never has been.”

He adds: “Hurling is seen as a macho game but I can honestly say none of my team mates have ever had an issue with it. I wanted to bring it across in the book that that’s just the way it is, but also with an understanding that that’s not the case with everybody. The reality is that there are some people waking up in the morning, kids around this country, and every action that they do and every word that they speak is influenced by the guilt that they feel over being gay. And as I would be seen as definitely not the stereotypical gay person, even if it makes it one bit easier for one of those guys or girls then I’m happy. Isn’t that a positive thing for the game and for sport?”

We belatedly give props to Donal! And we hope his story will inspire other professional athletes to come out. And, more importantly, to inspire young gay men who are struggling with their sexuality. Here’s Donal in an interview with Late Late Show.