Gary Barlow and Take That Underwear: Boxers, Briefs, and Stuff. Seeing Gary Barlow’s boxers underwear on the pages of GQ Magazine UK prompted us to look for more underwear photos of the Take That vocalist and X-Factor judge. Boy, did we find delightful photos of the 40-something hunk from his younger days. Apparently, he and his fellow Take That boybanders loved to strip to their undies back in the day. Yay! 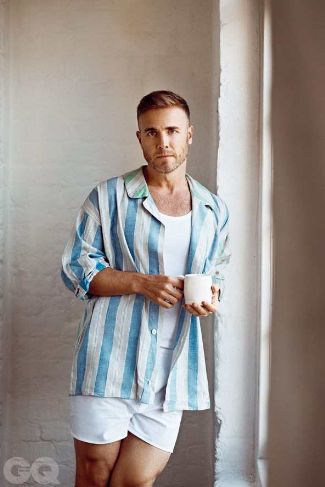 Gary as a nekkid blondie. The pic reminds us of those blond Russian/Eastern bad guys that are the staple of early 1980s cold-war movies. Still, we’d hit that. Can you imagine Gary still wearing a pair of briefs cut like this one?

Gary with fellow Take Thater Howard Donald (who, like Gary, is now in his 40s). Who among you fellow girl-Famewatchers had copies of this picture (or similar ones) in your rooms back in the 1990s? 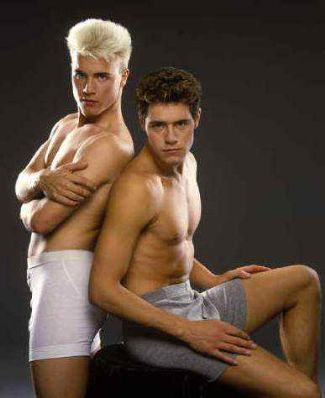 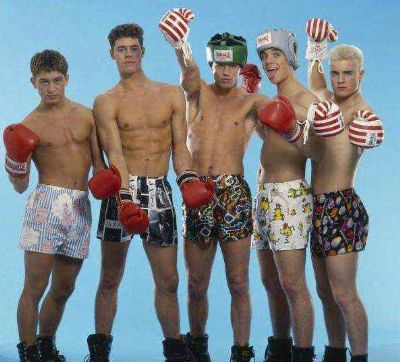 The group in skimpy metal briefs underwear. Who’s the baddest of them all? At the beach in their Speedo swimsuits. Hey look! Boybanders in a shower fight! [Update: Sorry, we had to delete some photos referred to in this post.]

Anyhoo, we’re happy to note that Gary is having a second wind career-wise. Not a lot of “then-famous” boybanders get the chance to be “current-famous” but our Gary must be praying to the right God because he’s lucky to get the X-Factor gig which re-introduced him to his old fans and, more importantly, introduced him to a new generation of people who have not heard of him before. Of course, a guy can have all the luck in the world and still be an irrelevant failure if he does not play his cards right. Good thing that Barlow, as X-Factor judge and mentor, is playing his cards right and is thus winning new fans in the process.