Garrett Miller Shirtless Abs, Gay or Girlfriend, Siesta Keys Star. Today in Hot Guys With Abs, we bring you this guy and his eight-pack. Damn, ain’t he ripped! What kind of workout regimen does he follow to sculpt his abs like this? 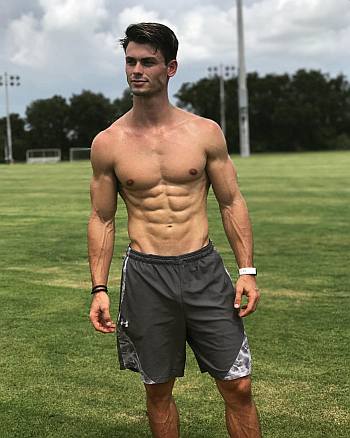 Wait, who is this guy again? And why are we blogging about him? Well, if you read the title of this post, you’d already know that his name is Garrett Miller. We are blogging about him because he’s probably got the world’s best abs. We’re pretty sure he’d bag the trophy if there is a Best Abs in the Universe contest. 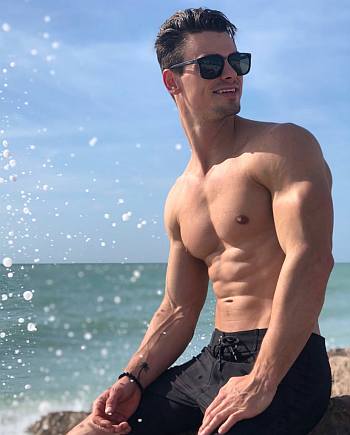 Now, aside from having the world’s best abs, Garrett also stars on the reality show, Siesta Keys on MTV. We must admit that we know very little about it — apart from the fact that it stars good-lookin’ guys like Garrett — and that it’s been a thing since 2018. It must be very popular because the MTV powers-that-be continue to produce it and are now currently airing its third season. 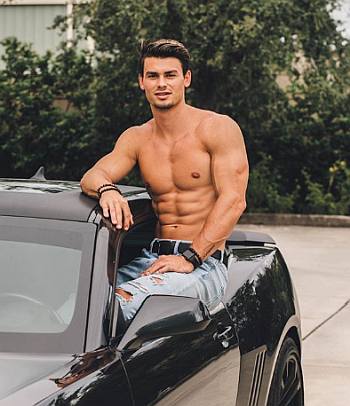 So tell us more about Garrett? Is he gay or straight? Does he have a girlfriend or boyfriend? What does his family think about him always baring his abs? Is he a good person on TV or is he a villain?

Well, if you ask Kathy Griffin — who once said that only gay dudes have sculpted abs because straight dudes are too lazy to work out — she would probably say that our Garrett is one of the gheys. She would be mistaken though because our hunk is straight and, apparently, one of his Siesta Keys co-stars is his girlfriend. 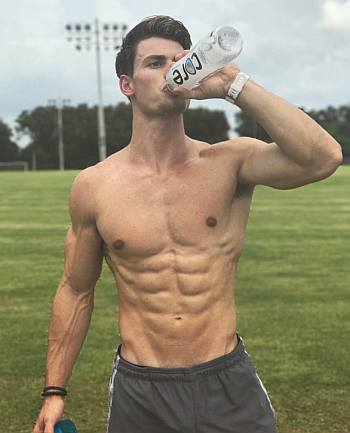 According to the website Feeling the Vibe, which is way more informed than your Famewatchers on the matter of Siesta Keys, Garrett is the good guy on the show! Yay, he is not a villain! Follow Garrett on Instagram (@gbaby00). 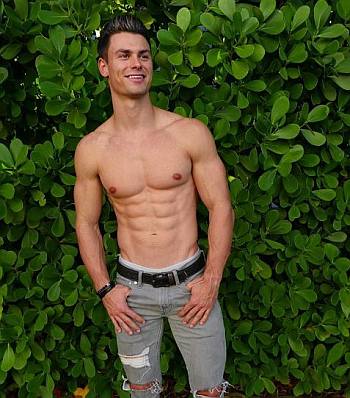 Feeling the Vibe also tells us that he is close to his family and that his father is his best friend which makes us think that his family is supportive of his reality TV gig as well as his abs-baring ways. Yay for supportive families! 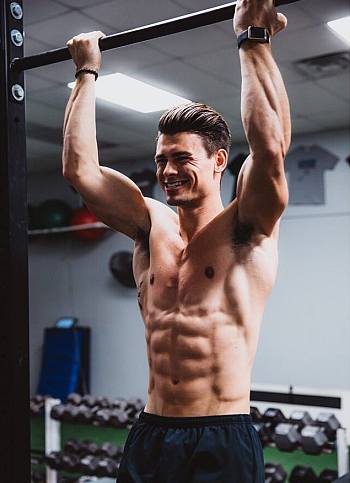