Gabriel Darku Shirtless, Gay or Girlfriend, and Ethnicity. Who’s the cutie with sculpted abs? Is he a model? Yeah, he is a model but he’s an actor too. Famewatchers, meet Gabriel Darku, a 24-year-old hottie from Yellowknife up north in Canada who is starring in October Faction which is one of Netflix’s newest shows which began streaming today. 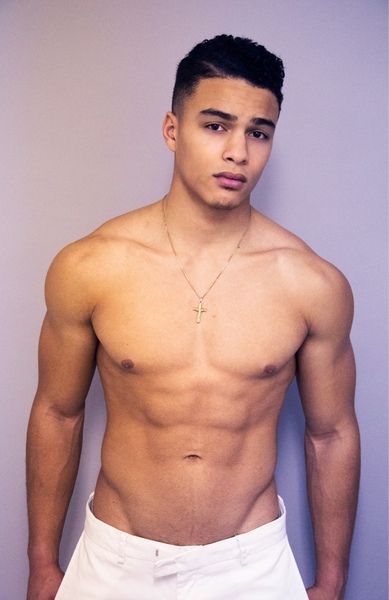 Our Canadian hottie, who began his career in front of the camera by modeling for a McDonalds commercial, is fairly new to the biz but he’s already got 14 acting credits to his name on IMDB. That’s quite a feat considering his first acting gig was only in 2015 which is just four/five years ago.

How did he begin his career as an actor? He tells us in an interview with the Toronto Film School website: ” I was working for McDonald’s and McDonald’s Canada held a competition to do a commercial hiring their own employees instead of actors. I ended up getting in, and it was actually that experience that sparked that fire in me to want to be in front of the camera…on the day of the shoot, it was 13.5 hours in front of the camera for a 30-second commercial, and I loved every second of it. So that sparked a passion.”

So his commercial modeling gig encouraged him to go study at the Toronto Film School, got himself an agent, and landed some acting gigs the biggest of which would be October Faction where he is one of the leads.

Gabriel Darku Gay or Straight? Relationship Status? He is gay on the show but he is straight IRL and, according to marriedwiki.com which may or may not know what it is talking about, he is dating a girl named Alyssa Marina whom he met in 2013 when both of them were attending the Toronto Film School. 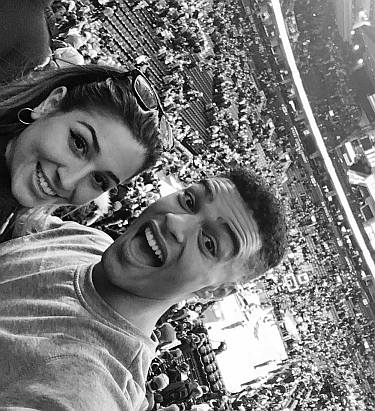 Another photo of the lovebirds. 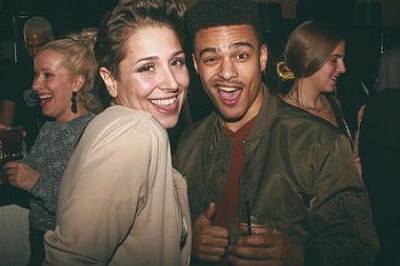 Gabriel Darku Ethnic Background. Lots of websites are listing him as white/Caucasian but they must not know what they are talking about because according to marriedwiki.com, his dad is from Ghana so he must be part Caucasian/part African. We are gonna go with marriedwiki.com on this one because it’s got a photo which was apparently taken when Gabe’s dad got married and which he attended with his girlfriend. 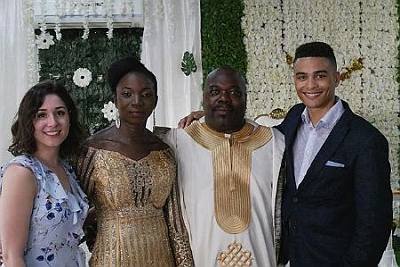 Shall we end this post with more shirtless photos of our Canadian hunk? Yes we will! 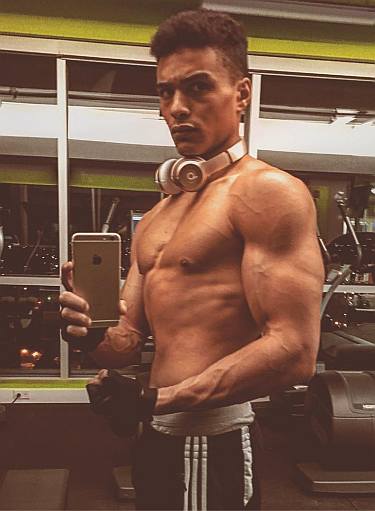 And here’s one where he looks oh so good in a form-fitting V-neck shirt! Want more Young Hollywood Actors like Gabriel? 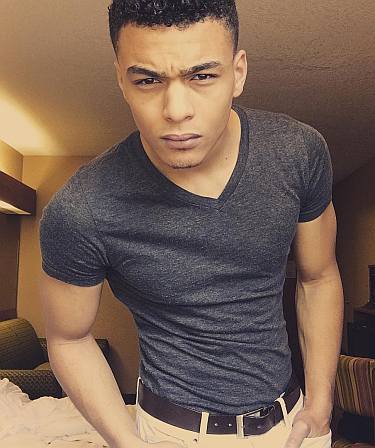